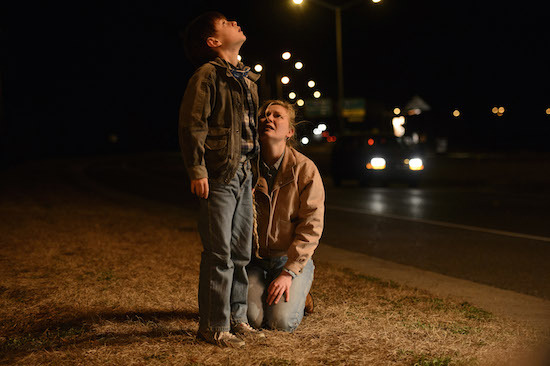 Apart from being a striking style icon, Kirsten Dunst is also a damn great actress. And she has the Palme d'Or to prove it.

As a child actress, she started out playing TV roles on Saturday Night Live and Star Trek: The Next Generation, then was phenomenal as Claudia in Interview with the Vampire: The Vampire Chronicles, before moving on to unforgettable adult performances in The Virgin Suicides, Mona Lisa Smile, and personal favorites Sofia Coppola's period piece Marie Antoinette and Lars von Trier's Melancholia, among many, many more. It's in fact her turn as the pathologically depressed Justine in Melancholia that garnered Dunst the top actress prize at the Festival de Cannes.

I still remember distinctly the perfectly spontaneous look the actress gave filmmaker von Trier when he stated, quite confidently, during a press conference for the film in Cannes "I'm a Nazi." Priceless.

I meet Dunst in an emptied out suite of a five star hotel in Berlin during Berlinale, which is quite perfect because the actress needs no embellishment. Dunst is able to fill a room with her laughter, her sense of style and free-flowing thoughts. She leaves me speechless a few times, because she's too quick with her replies or maybe because I'm a bit star struck around her. It's not often that one gets to sit around and chat with a personality we've watched be, do and act in the movies. While most of the times it has become quite normal for me, it is what I do after all, with Dunst there is an extra layer. I really like her work, I admire her fashion sense and it's surreal to play giggling girlfriends with her, even for just that quarter of an hour.

During the interview, the blonde Dunst, whose hair really is that shiny and yes, she's really that pretty, indulges all my questions and answers them in a perfectly direct and honest way. She's at Berlinale with her latest film, Jeff Nichols' Midnight Special, a sci-fi road-movie-meets-psychological-thriller co-starring Michael Shannon as Roy and Joel Edgerton as Lucas, along with the talented Jaeden Lieberher as Alton. In Midnight Special, Dunst plays Sarah, the mother of chosen child Alton, who doesn't really come into the picture until mid-movie. Yet Sarah is a character that stays with the audience long after the film ends, because she brings warmth and humanity to the story. Her interactions with estranged husband Roy and her child explain so much about the film, and squash any chance of it becoming a testosterone-filled bravado movie. Sarah brought the story home for me, and uncovered Roy's vulnerability, while also decoding the modern-day cult references that Midnight Special so perfectly alludes to.

I talked with Dunst about alternate universes, whether fashion and film are related, what draws her to a role and what was the first film she ever remembers watching. Oh, and we giggled, a lot, about her odd ears in Star Trek...

I'm so used to you in more glamorous roles, I mean it doesn't get better than a Marie Antoinette, yet in this film you've frumped down -- with the soccer mom jeans, no make-up and a braid...

Kirsten Dunst: Yeah, they didn't do me any favors. It's funny, though, the soccer mom jeans are so hip now that they were kind of cool. And that turquoise sweater was an Acme sweater.

You make being a has-been cult follower look cool.

Dunst: That's nice. I mean I picked this role because I've loved Jeff movies before, so I really would have played anything that he would have given me.

Do you think cinema helps us to understand "the Other"?

Dunst: Of course! I think good cinema does, not all cinema does. Sometimes you don't want to learn anything but other times you want something thought-provoking. I love watching a movie like this and then going to drinks with my friends afterwards and talking about it. And that doesn't happen very often.

We, my roommate in Berlin and I, talked about Midnight Special for the whole afternoon, after watching the film.

Dunst: That's so cool to hear. Love that. Jeff is a special filmmaker because he takes stuff that's yes, a little Close Encounters, yes a little of this, yes I cut my braid off like in Terminator... He takes everything he loves and then he makes it just Jeff, and that's a very hard thing to do when you are referencing. I mean, his eyes are glowing, it's like E.T. instead of his finger, there's so many things that are inspirational.

What do you look for in the movies you watch?

Dunst: I think some movies I've loved and they changed the way I think about acting and some movies I never think about again. I mean if I go to the movies sometimes I wanna see something really silly... I remember I went to go see this movie, I think it was called The Best of Me, a Nicholas Sparks one, you know how they make all those. My best friend was pregnant and I think she gave birth the next day. So she was super pregnant and I was like "lets go see this movie," she wanted to go see it, she loves sappy things. So we went. And we got into it and I started to cry, but I've never laughed so hard at myself for crying at a movie. But that's what I mean, I've never done that but I'll never forget that movie because of that. I was laughing hysterically at myself crying, which is so cheesy.

Do you believe in an alternate universe?

Dunst: I believe there's something else. I do, I think it's egotistical of us not to think there is something else out there, how can there not be?! We don't even have the technology to know or not, so how can we assume we are the only ones. It's so vast, the universe.

Does anything about that idea frighten you?

Dunst: I'd be afraid of war, I would be a little afraid of that. Who knows what they idolize, it could be really scary. But I only feel that way because I grew up watching movies where that happened, like Aliens.

Do you remember the first film you ever watched?

Dunst: Yes, it was Lady and the Tramp and it was in the movie theater with my dad.

What is coming up for you, work wise?

Dunst: I did a movie with my girlfriends who do the clothing line Rodarte, they wrote and directed it, it's their first movie. They did the costumes for Black Swan, the ballet stuff. They're amazing. It comes out this year too. I think I'm going to work with Sofia [Coppola] again this year and then I'm working on something that I think I'm going to direct. I did two short films but this will be my first time directing a full feature.

Do you think that fashion and film have some kind of a connection?

Dunst: I only think of Tom Ford when I think of a fashion designer who's made a film. Laura and Kate [Mulleavy] didn't even study fashion in college, they went to Berkeley for art history but just the way they grew up and the way they think about things, their collections are like their own little movies in a way. For every designer they are I mean, but for them in particular, they go full blown characters. All art I think, a painter could direct movies, Julian Schnabel has directed movies. If you have the drive to do it, you can.