Twenty-six years ago this Friday, Ronald Luff, the former right-hand man of self-appointed prophet and cult leader Jeffrey Don Lundgren, assisted in the systematic execution of an entire family in Kirtland, Ohio.

"[I saw] their deaths as not only justified, but mandated by God," Luff told The Huffington Post from inside the Allen Correctional Institution in Lima, Ohio.

Lundgren told his followers that "the end of days" was approaching. Unbeknownst to the Averys, Lundgren had promised his other followers salvation from Armageddon if they sacrificed the Avery family.

Luff, who remembers the Avery family today as "truly good people against whom I never desired any harm," played a key role in each of the executions.

At 6:30 that April evening, Lundgren met with Luff and several other followers inside a barn next to a farmhouse they had rented in Kirtland.

Lundgren, standing next to a large pit the men had dug several days earlier, produced a .45 Colt semi-automatic handgun and told the men the killings would take place one by one. Lundgren then looked at Luff, whom he had met just two years earlier in Kirtland while working as a tour guide at the temple of the Reorganized Church of Jesus Christ of Latter Day Saints.

The first victim Luff escorted to the barn was the Avery family patriarch.

The men quickly bound Dennis Avery's hands and tossed him into the pit.

Lundgren then shot Dennis twice in the back, killing him.

Luff exited the barn after the shooting and returned moments later with Cheryl Avery, who was unaware of what had just happened. As they stepped inside, Luff placed his hand on Cheryl's shoulder and solemnly said: "Just give it up, it'll be easier this way. Just let go."

Cheryl Avery did not put up a struggle as the men bound her hands and lowered her into the pit next to her husband's body. She was shot three times.

The Avery children were playing video games when Luff returned to the farmhouse and retrieved Trina Avery, mentioning a game of hide-and-seek. Inside the barn, Trina was bound at the wrists and lowered into the pit next to the bodies of her parents. The first bullet, police said, grazed the young woman's head. The second pierced her skull, killing her instantly.

Afterward, Luff escorted Becky Avery to the barn and helped place her on top of her dead mother. The girl was shot twice -- once in the thigh and once in the chest. She did not die instantly, and members of the cult later told police that they listened to Becky struggle to breathe as Luff exited the barn to retrieve the youngest of the children.

Seven-year-old Karen playfully climbed on Luff's back for a piggyback ride to the barn. Once inside, she was bound and lowered into the now bloodstained pit. As she sat next to her sisters, the little girl was shot in the chest and head.

After the executions, the men covered the bodies with lime and filled the hole with dirt.

Lundgren and his followers fled the area after the killings. Nine months later, one of the men went to police and told them about the burial site.

Multiple members of the cult, including Lundgren and his wife and son, were arrested and ultimately convicted in connection with the murders. Lundgren himself was sentenced to death -- a sentence that was carried out Oct. 24, 2006.

For his role in the killings, which he refers to as a "senseless loss of life," Luff was sentenced to life in prison.

Today, at age 55, Luff claims he was so brainwashed by Lundgren that he never questioned his actions on the day of the killings.

"[A guard] once asked me what it was like to be brainwashed," Luff told HuffPost. "I immediately responded, 'It's a lot more captivating than this place.'"

He added, "Shedding that mindset has afforded me a great sense of freedom, even in the captivity of incarceration."

"My hope and prayer is that we can grow from this type of tragedy," he said, "and learn not only what cultivates such bizarre and self-destructive behavior, but ultimately how best to defuse it." 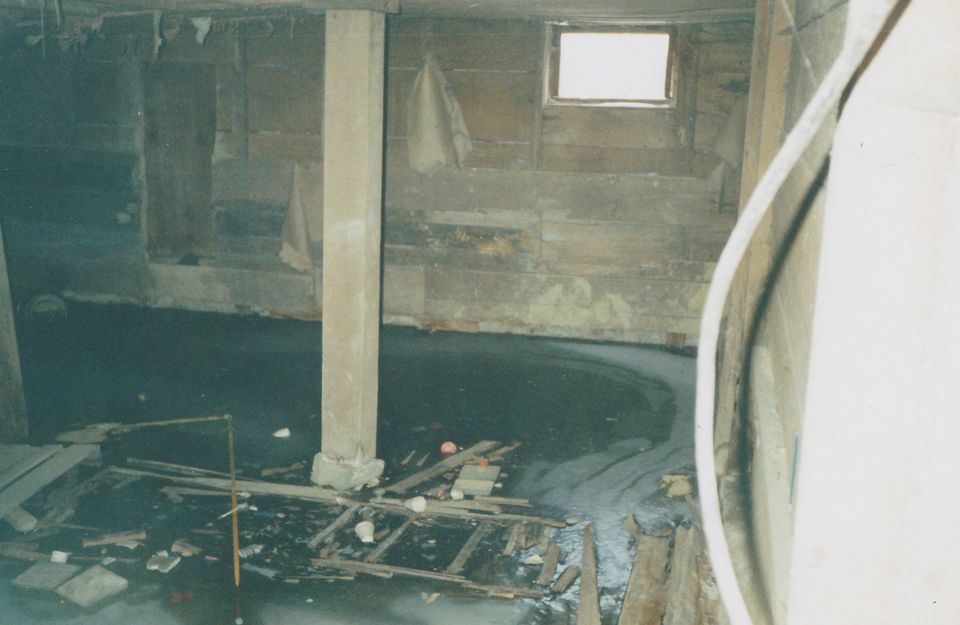 1 / 19
The Pit
A photo of the pit, frozen over with water, as it appeared after police dug up the bodies of the Avery family.
David Lohr/Don Pender

Kirtland Cult Killings Were 'Mandated By God,' Former Member Says
Cold Cases
1 / 18
El Dorado Jane Doe
We know who killed her. But we still don&rsquo;t know her name. That is the enduring mystery that has left investigators stumped for more than two decades. Despite the passge in time, authorities beleive someone, somewhere, can still help solve the identity of the woman known as El Dorado Jane Doe.<br><br><strong>READ:</strong>&nbsp;<a href="https://www.huffpost.com/entry/eldorado-jane-doe_n_56e6d679e4b0b25c918276a3?x3l3di" target="_blank">We Know Who Killed Her. But 24 Years Later, We Still Don&rsquo;t Know Her Name</a>
El Dorado Police Department