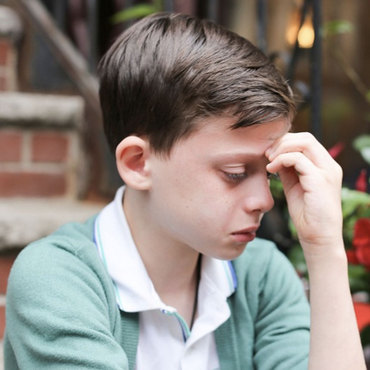 "I'm homosexual and I'm afraid about what my future will be and that people won't like me," read the caption of a tearful teenage boy on the social media site Humans of New York on July 3rd this year. The post went viral immediately with nearly 700,000 likes, and more than 60,000 shares. Even Hillary Clinton stepped in to comment:

Prediction from a grown-up: Your future is going to be amazing. You will surprise yourself with what you're capable of and the incredible things you go on to do. Find the people who love and believe in you - there will be lots of them. -H

In our age of selfies, snap chats and instant worldwide news, the long silent issue of bullying has taken center stage in our culture; not exclusive to Americans, but countries worldwide discuss what kind of future world they wish their children to inhabit.

Bullying hurts' it can kill.

Sixteen-year-old Jessyca Silva went to high school in an upscale suburb of New York City. She didn't fit any of the stereotypes one may think of as a subject of bullying being white, heterosexual and the same religion as other kids. But with her black nail polish, bright streaks of dyed hair and outsider attitude, she stood apart and was bullied. Social pressures to fit in at that age are enormous. At one point she became so depressed she contemplated suicide. Medication and friends couldn't help. As a healing therapy, she started singing and writing lyrics in her journal.

Another musician and recording artist named Sir Ivan, a former banker turned singer and philanthropist, knows about bullying first hand. His parents and some extended family members were Holocaust survivors, interned by Nazis in the death camp Auschwitz. They witnessed many of their loved ones brutally killed. Sir Ivan grew up with a strong sense of protecting others who might be the target of ridicule or worse. He himself is the target of bullying. Being wealthy and flaunting it with a castle, complete with moat and dungeon in the playground for the rich: The Hamptons, he has been bashed time and again for his capes and extravagant over the top music videos and wild parties. In an age of catastrophic world challenges, some have labeled it the end times or the sixth extinction. Nero playing the fiddle while Rome burned ruffled some people's feathers. We love to hate rich people, quite frankly. Why is that? Is it because one way or another, it seeps into our consciousness from youth that "it's easier for a camel to go through the eye of a needle, than for a rich man to enter the gates of heaven." Matthew 19:24. 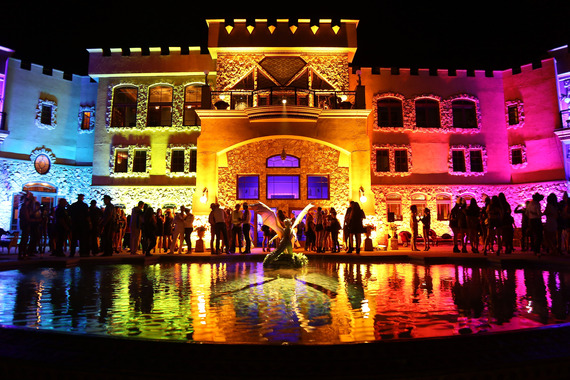 Yet, Sir Ivan is using his wealth, power, and position to give back and help those less fortunate through his Peaceman Foundation. He held a fundraiser on August 22nd to raise money and awareness in the fight against bullying. He has a new single out, "Kiss All The Bullies Goodbye," a catchy pop dance anthem produced by the world respected DJ Paul Oakenfold, with guest star diva Taylor Dayne. https://www.youtube.com/watch?v=jz-7LfMHyZM

Some may instantly write it off as vanity project, along the lines of Lindsey Lohan or Paris Hilton's flash in the pan music careers, but Ivan touches upon a deeper, greater, more universal truth.

When we see ourselves in one another we recognize our oneness, not our difference. This is a spiritual truth. Be it wrapped in a robe, turban, yarmulke, or as a caped superhero, the message is the same.

Jessyca is using the power of music to transcend her wounds, and be a voice of hope for others who have been bullied.

Sir Ivan -- with his music career, philanthropy, and fundraising parties -- brings people together to have fun and focus on a good cause. He is doing his part to be a mensch in the world. We each endeavor in our own way; we use the minutes and hours of the day to live, love, and leave this world a better place than when we found it.

Though I have assisted Jessyca with support around her music, I received no compensation or payment of any kind for reporting this story, readers may be interested in knowing more about Sir Ivan, or Jessyca Silva via the enclosed links.