We've gotten to the point where the public today accepts glib political demagoguery from spokesmen for the Republican Party. Certainly, ideas and discourse exist in the GOP, but they've been elbowed out of the center ring. And of course there's nothing acceptable about it. Because there are consequences to their words.

No, I'm talking about those who rant what they know not to be true, or don't remotely believe in, or couldn't care less whether it's true or not, solely because the only thing they want is to create divisive anger in crowds and do nothing more than score political points.

There are consequences to their words.

All parties have long had irresponsible demagogues. But it has become a driving force within the Republican Party because of their lockstep march against All Things Obama.

Of course, today's glib political demagoguery starts further back, fine-tuned during the Bush Administration which took the responsibility of national leadership and played it as if it was paintball. The whole "you're with us or you're a terrorist" mindset may have been great politics, but there were consequences. When your game is to destroy a CIA agent fighting that very terrorism, the points you get weaken America.

Glib political demagoguery is the thoughtless game that got Dick Cheney telling Treasury Secretary Paul O'Neill, "Reagan proved that deficits don't matter." That too was fine politics - but there were consequences. A national debt doubling to $12 trillion. A budget deficit of $482 billion from surplus. And all America is digging ourselves out of them now.

This all hit home very clearly over the past month, as GOP glib political demagoguery has repeatedly showed its consequences, in all its devastation.

The most prominent, of course, is the agonizing disaster of the Gulf of Mexico oil spill. For two years, Republicans from Sarah Palin, John McCain, Mitt Romney, Rudy Giuliani, Michael Steele and beyond, have hyperventilated with their "Drill, Baby, Drill" pontification, not caring its risks, just that it was grand politics for riling up crowds. And now we see the ghastly consequences. 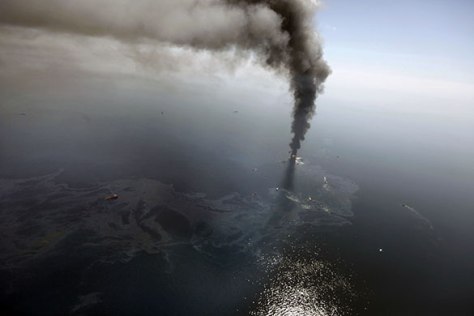 Already 1.6 million gallons of oil have spilled. It could reach past 11 million. In only one day, the slick went from an unthinkable 1,150 square miles to over 3.800. It's growing faster than The Blob, and nearing the pristine Florida Keys. This is an economic disaster of such catastrophic proportions it could impact the climate. And 11 workers killed.

(It's a macabre observation that oil is the sole area Sarah Palin has claimed supposed "expertise." That was never expertise, mind you, but we see the naked Emperor's Clothes laid bare. Imagine now how empty the rest of her non-existent qualifications are. And not a word from her since the disaster.)

Yet within just the past month, this is far from the only gruesome case by Republicans of glib political demagoguery that has resulted in crushing consequences.

Think back if you will to February 24, 2009. Louisiana Governor Bobby Jindal was selected by the Republican Party to deliver its response to President Obama's State of the Union Address. With dripping ridicule, Mr. Jindal derided the Obama stimulus investment of "$140 million for something called volcano monitoring."

But even this isn't the point. Because, remembering Bobby Jindal and the GOP's calculated, snide mocking of "something called volcano monitoring," as if it didn't matter, as if it was a fake-Socialist, Big Government waste by Barack Obama because he's Barack Obama - only weeks ago, the entire world saw this: 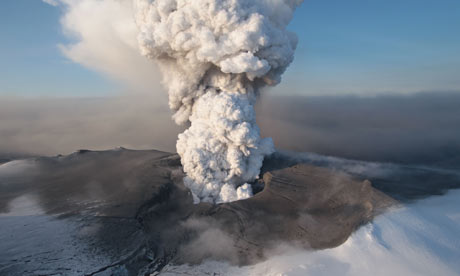 When Eyjafjallajokull Volcano in Iceland erupted, airline travel came to a complete halt throughout Europe. World commerce was suspended. The world's climate was impacted. There were a billion dollars in losses. "In terms of closure of airspace, this is worse than after 9/11," said a spokesman for Britain aviation. "The disruption is probably larger than anything we've seen."

And only a year earlier, the GOP spokesman said: "Instead of monitoring volcanoes, what Congress should be monitoring is the eruption of spending in Washington."

I'm guessing they'd like to take back that wisecrack about "eruptions."

This is why governments monitor volcanoes. It matters. It has consequences.

It all matters. It all has consequences.

And again and again.

Like when you engage in glib political demagoguery to rile crowds and endlessly repeat a snarky mantra for political points by attacking "cap and trade" and roaring that "clean coal CLEAN COAL" is the solution, the only solution, the easy answer, you knowingly ignore that there are consequences. And one is the Upper Big Branch mine disaster with 29 men dead.

Disagreement is good. So, too, is active opposition.

But glib political demagoguery is where the line gets drawn.

Our words matters. When you create anger in others to score political points, dismissive of what the devastating results could be, you do not deserve to be on the stage.

There are consequences for your words.

Far too many Republican spokesman have tried to gut the United States with a shiv, all for 30 pieces of silver and craven political expedience. Too many others in the GOP have quietly, sheepishly acquiesced and enabled them.

Go. Let the adults talk. Let the good and serious people still in your party - and all parties - have the microphone back. You've shown your worth. The world can no longer afford you.