I've always wanted to meet a needlefish up close while swimming or diving. 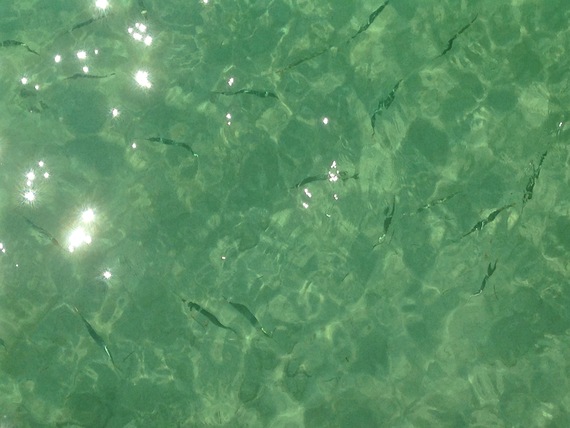 Up close, I've only seen their cut off heads discarded in the shallows. Once in Puerto Rico, once in Florida.

In July 2013, months after my son's 15th birthday, we visited Miami from Texas. I was scoping out my 3rd major writing project, Fear & Loving: Where Sea Level Meets the Deep, the funder-supported literary blogstory set to launch in 2014.

As twilight approached, we walked onto the Government Cut jetty at the end of South Beach.

A nice looking dude with good abs was standing in the shallows. I inadvertently glanced.

My son, his baseball cap up, said "You like that?" in that breezy half-joking but wtf kind of way of urban teenage males.

Without missing a beat I said "I'm looking for needlefish!"

Honestly I wasn't interested in the dude. Sometimes athletes just size each other up.

I felt flushed by what my son had said and kept it moving.

We climbed out over the large rocks, the summer South Florida sweat clamping our t-shirts to our backs.

Don't know if he knows about me. Doesn't matter.

For years during his childhood he and I went to Galveston beach, climbing rocks, swimming, acting the fool.

The Texas coast is where the stricken prairie meets the sea under a yellow sun star so bright and luxurious-hot it seems to hit the dome of the atmosphere and shatter a trillion spikes of light over our heads. 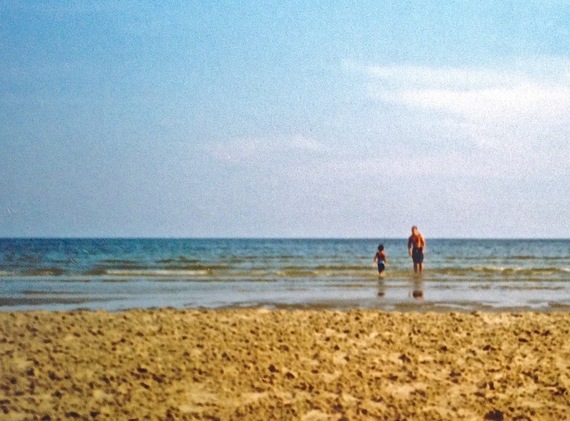 I met my son when he was 2. His mother asked me to adopt him. Oh my God I fell head over heels in love with him. It was quickly flesh and blood. I poured myself into him. The times we had on those hot Texas beaches were the best of my life. On Friday evenings in Fort Worth I would get off work at my non-profit exhausted and drive 278 miles down to Houston so we could have our weekend. Later, when I was able, I moved to Houston.

The Texas Gulf of Mexico was always my first love.

I loved the Gulf's wild toothiness and color and light, its imperfect but fertile, brownish-blue waters, the huge blue sky and 100 degree heat and green prairie and boiling white clouds and end-of-the world storms.

When I first saw climate change models guaranteeing that sea level rise would drown Galveston and the rest of the Texas coast, I was traumatized. 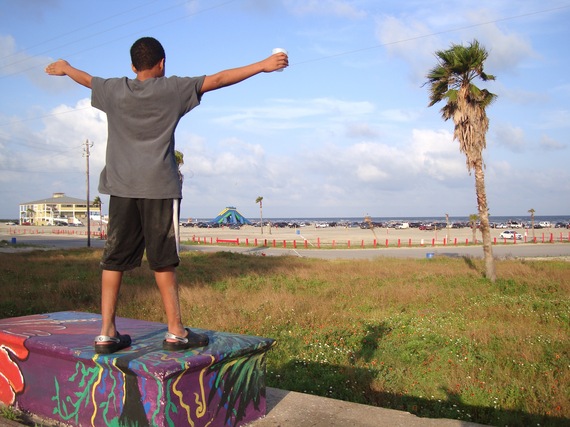 I never saw a needlefish in Texas. We looked, but not one.

Around the time he turned 10, things went bad for a while. It seemed a culture of taking me for granted, all take and no give, that I had no feelings, had developed in his household. We never argued, I never hit him, I only loved him. Twice he even denied me as his father, and stood there smugly. This is painful to write, not least because I had given up having my own child. One time I fell ill and almost died and they didn't come visit.

But I just bottled up everything. You know a man can't show feelings.

A few years passed. He turned 13. And suddenly he started putting his arm through mine as we walked down the street, head high, giving zero f***s what anybody thought about it. This a teenaged kid in public with his dad! I was more embarrassed than him.

I let go my pent-up feelings and let him be his nonchalant ass. My child.

In 2011 when I went to Puerto Rico to research my upcoming novel Her Blue Watered Streets, I got to know clear, turquoise blue tropical water, merged my body with it.

Fish I could actually see and meet.

Relationships change and evolve over time. I still loved the Gulf, but my love and attraction became distracted by someplace bluer.

One twilight I came across two freshly severed needlefish heads on the beach. Eyes clouding up in death. 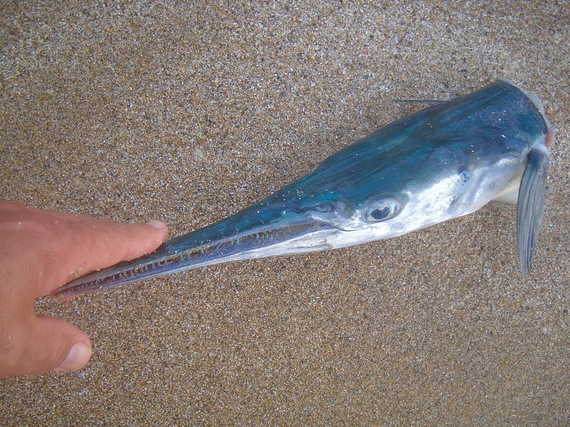 In 2014, with my son mostly grown, and funders wanting the blogstory to get started, I dove deep into South Florida, which of course is also facing a ticking death sentence from climate change sea level rise.

An urban chronicle of life at sea level and in the oceans before climate change hits hard.

Learning to love more while facing our fears in deeper water.

He dreams to play in the NFL. "Live your Dreams, Leave a Legacy" is the first tat he wants to get.

In Florida we climbed over those jetty rocks like we had in Galveston. 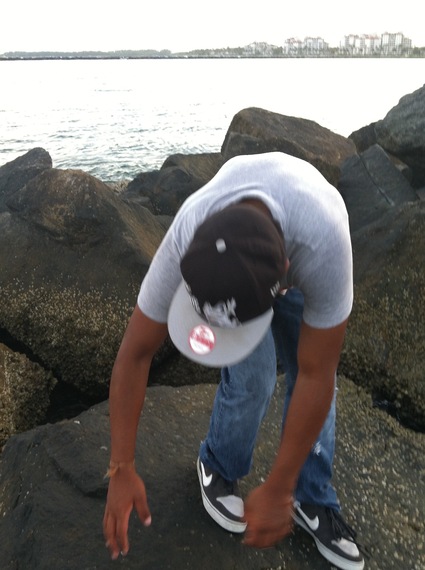 We saw something wallowing in the water between two boulders.

We carefully wedged our way down. 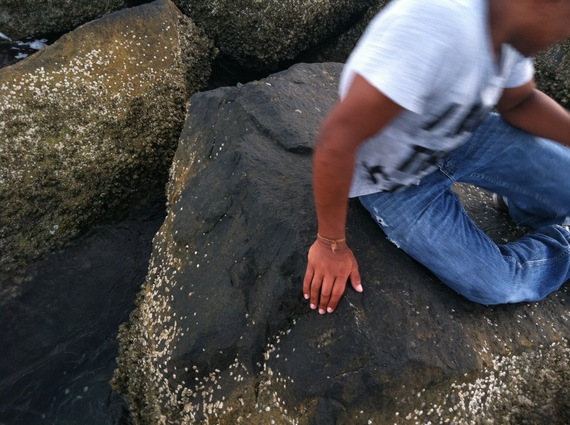 I picked the head up and showed it to him.

Then I kissed the fish on the forehead and placed it back in the water.

Saturday night I called him in Houston to wish him Happy Birthday. I imagined his iPhone lighting up "Dad".

Some chick answered his phone. Smh. Sound of carnival noise in the background.

When she handed him the phone I said "Happy Birthday!"

"Dad my birthday's not till Wednesday."

He laughed and for a second I heard the boy in his voice again. 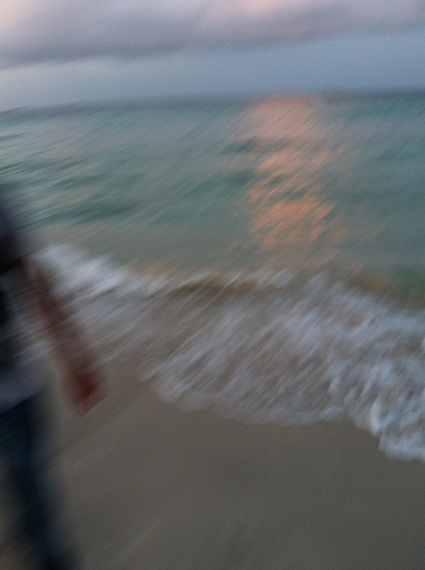