Kit Harington plays one of the few good guys still alive on "Game of Thrones" as we head into Season 4.

A fan favorite on the HBO series, Harington's character Jon Snow can be counted on to do the right thing, a rare occurrence in the Seven Kingdoms. In an interview with GQ for his April cover issue, Harington said, "I think Jon Snow is one of the last bastions of a young hero who might do a good thing. I guess for me, Jon Snow is a figure of hope within the whole thing—that he'll continue to be this good person, and somehow the story will end well for everybody."

Asked why fans like watching "Game of Thrones" so much, Harington noted that audiences love a complex story that makes them think, rather than insult their intelligence. He also added that all the blood and bare butts help too. "And essentially why I think people like it is it's a rollicking good story with sex and violence," he said.

And about that bare butt ... As fans of the series know, Jon Snow got his first sex scene last season with (spoiler, but not really) Ygritte. While you thought you saw a glimpse of Harington's butt in that cave scene, turns out it wasn't him. Harington had a broken ankle at the time and wasn't able to make the leap into the rock pool. "The only time you saw my ass, it wasn't my ass," he said.

But don't worry, Harington is all for nudity in a show that centers on it so much, so maybe he'll get another chance in the new season, which the actor called a very dark one. "It's getting worse. There's some scenes this season, and theres parts of it that go even darker," Harington said. "They really push it."

Check out the photos from Harington's cover issue below, and for more head to GQ.com. 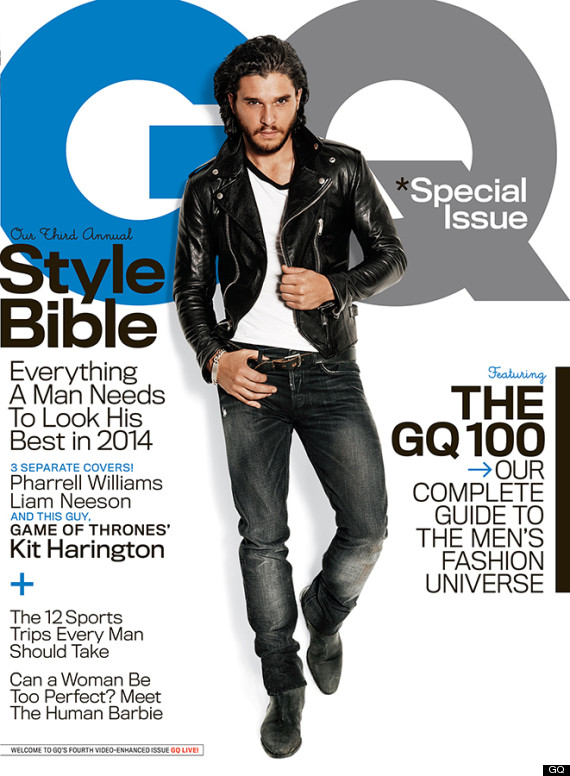 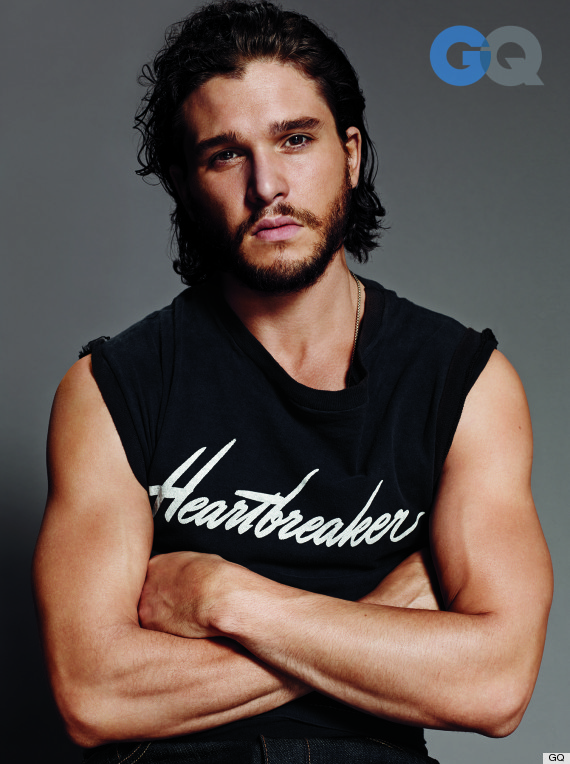 Season 4 of "Game of Thrones" premieres April 6 on HBO.