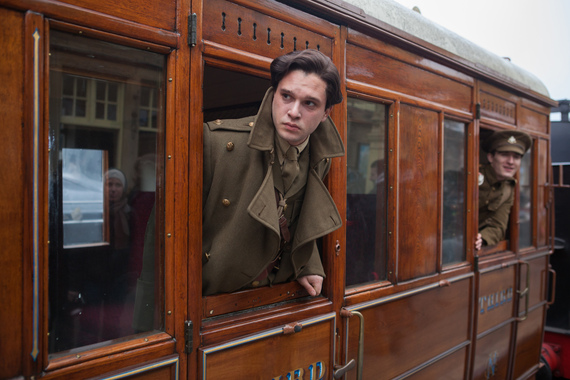 As the world marks the centenary of the First World War, the new film Testament of Youth, directed by James Kent and starring Game of Thrones hero Kit Harington and Swedish actress Alicia Vikander, revisits the landscape of the England that inspired Vera Brittain's seminal memoir upon which the film is based, while simultaneously celebrating the majestically diverse beauty of Yorkshire, one of Great Britain's crown jewels.

In the film, Vikander takes on the role of Brittain, the pugnacious, free-spirited, feminist-leaning aspiring young writer whose whole world is forever changed by the war. Meanwhile an almost unrecognizable Kit Harington portrays Roland Leighton, the great love of Brittain's life who heads off to war full of the kind of cocksure arrogance that misguidedly led England's leaders at the time to believe the First World War would be a scant six month affair rather than the grief-stricken four year stretch that became its brutal legacy.

Told from a woman's point of view, Testament of Youth is, like the book, a beautifully crafted meditation on love, loss and unpacking the baggage that those left behind struggle with in war's aftermath. Not a traditional Hollywood epic wherein warfare is viewed through the soldiers' lens, Testament of Youth is instead a contemplative film that leans on often painful moments of resilience, sacrifice, survival and transition rather than guts and glory to explore life during wartime. It is also a film that is a far cry from the more testosterone driven fare that has placed Harington, the film's male lead, atop Hollywood's list of most in demand stars. And it is a departure that the actor welcomed.

"It was slightly the reason that I wanted to do this film," Harington explained of his attraction to the role during a recent sit down in Beverly Hills. "Unlikely as it seems to me, I've been doing a lot of action hero roles. Spooks, I filmed just after this so it was a nice balancing act between the two films - one period and one modern-day contemporary. But it was more the emotional journey that I could go through with this film - the transition that the character goes through -
that was important [to me] rather than trying to break away from some kind of stereotype."

"There were various reasons that I wanted to do [Testament of Youth]," he continued. "Loving the source material, really having a very good feeling about the director James [Kent] from the get go and also wanting to work with Alicia who was a friend prior to doing this movie. And it was also a chance to quite frankly look very different from how I usually have to look," he adds with a hint of a laugh referring to the fact that in the role of Leighton his normally tousled mane has been tamed as part of his transformation from action hero to uniformed, poetry-writing English gentleman/matinee idol. 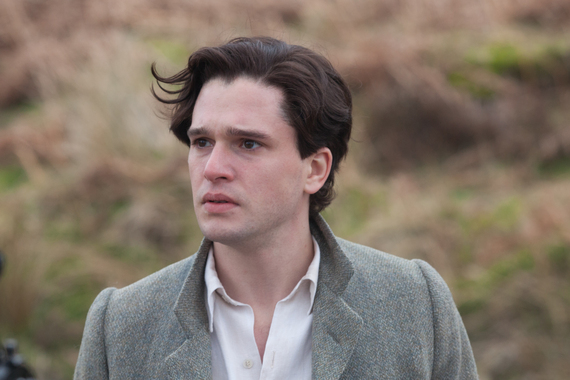 Despite the seeming departure from the onscreen persona that has become part and parcel of his budding body of work, Harington says that off screen he is actually more akin to Roland Leighton than he is to the swashbuckling Jon Snow character he plays on Game of Thrones.

'I think this character is a much closer fit to who I see myself as," the actor ruminates. "He had similar interests to me and...I guess if I was born in that period, we would have been from similar backgrounds. So it did feel like a more natural fit to me as a person than these sort of fantastical action heroes I've been used to playing. He was a real life person as opposed to a modern day spy in a Bourne-esque spy thriller or a fantasy sword-wielding hero."

As for the film's third star, the county of Yorkshire, which provides the sweeping and romantic backdrop against which much of the film's drama unfolds, Harington feels a similar kinship. "Strangely enough in Game of Thrones I play a Yorkshireman and in this film I'm not playing a Yorkshireman and yet we were filming in Yorkshire," Harington muses. "Yorkshire... and Yorkshire Dales, where we shot a lot of [the film], is a part of the world that I love ...and...It's a stunningly beautiful area of England."

Harington's sentiments are echoed by the film's Northern born director who like Brittain not only attended Oxford University, but was also brought up in the neighboring county of Derbyshire. "Yorkshire people call Yorkshire 'god's own county,'" Kent says brightly as he fondly recalls his childhood home. "I think it's just the most stunning place in the world. It also has terrific nature and nature mattered to Vera [Brittain]. She loved flowers, she loved birds, she loved wildlife and the landscape of Yorkshire refracts her feelings. I wanted nature to be a metaphor for the virgin soil before it got scarred by war. It's this beautiful Eden before the war comes and the trenches are built and the mud desecrates the landscape. [So] everything was shot there - the beaches, the moorlands, the beautiful lake...it's stunning."

In the final analysis, the onscreen combo of Vikander, Harington and Yorkshire as handled by Kent in Testament of Youth, delivers a story not simply about loss and grief but also one of inspiration that imparts some lasting life lessons, one of the most overarching of which is expressed by Kent himself.

"Each and every one of us is born in search of a voice," the director explains. "[Each of us is born] in search of a way of having an entitlement in this world to say what we want to say and Vera went through hell in order to find that artistic voice. And that's the lesson for all of us...it will be tough but at the end of it, you will be wiser, richer and you'll have more compassion for your fellow human beings." 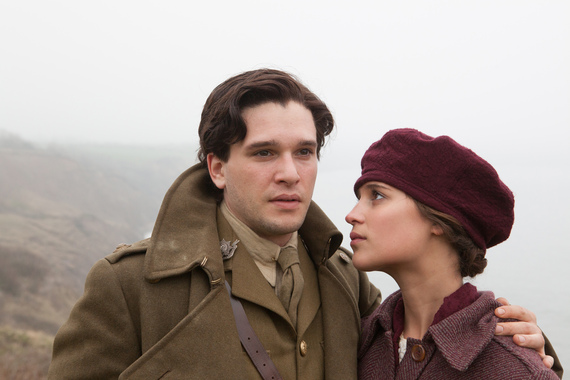 Testament of Youth opens in theatres on June 5th.