Xanax, Vicodin and Adderall aren't words most of us would want emblazoned on our clothing, but Kitson decided to give it a go... and now the retailer just might be slapped with multiple lawsuits.

TMZ reports that the three prescription drug companies are threatening to take legal action against the LA boutique in the form of trademark infringement lawsuits. "Prescription drug use should not be trivialized," a rep for Vicodin told TMZ. "It is a serious issue and we will be taking legal action to stop the clothing company from trying to sell such a product."

Sure enough, it doesn't appear that Kitson received permission from the medical companies to produce the apparel (which are still available for purchase on the store's site, by the way). A rep from Adderall told TMZ, "We had no involvement nor do we approve of the sale of such a product using Adderall to glorify the misuse of our product."

Looks like Kitson's attempt at satire didn't pan out. We've reached out to the store for comment, so stay tuned for more details. In the meantime, check out some of the garments in question below and tell us: Do you think this is the right way to promote the anti-drug use cause? 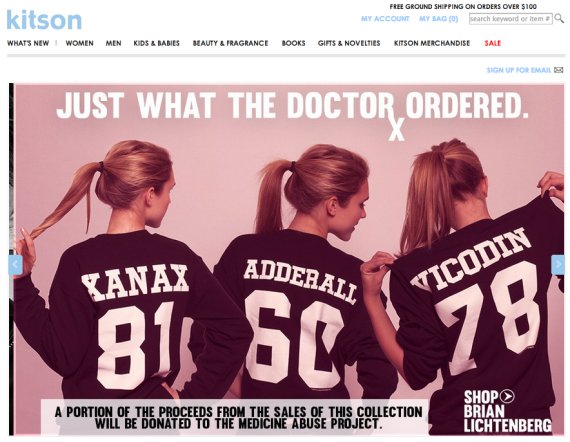 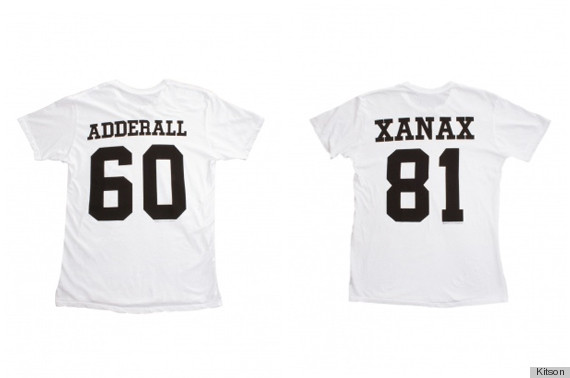 More where this came from:

More:
StyleVideokitson
Newsletter Sign Up
An essential daily guide to achieving the good life
Subscribe to our lifestyle email.
Successfully Subscribed!
Realness delivered to your inbox