The KKK says their membership is “booming” in Colorado, with 12 white supremacist groups active in the state, according to a report by The Durango Herald.

“I’m really pleased with the kind of people we’re getting in – college-educated, professionals, teachers – even a couple congressmen. People would be amazed to know who I’ve talked with at midnight in isolated areas – it’s almost comical,” Thornton said to the Durango Herald.

A study by the Southern Poverty Law Center (SPLC), a nonprofit civil rights organization based in Montgomery, found that the number of "radical right groups" in America -- including hate groups, "Patriot" groups and nativist groups -- increased in 2010 for the second year in a row.

Thornton attributed the KKK’s growing membership in Colorado in part to “whites’ low birthrate” in the country.

“We’re losing them to white homosexual relationships – they don’t reproduce – and interracial marriage – and to abortions on demand. Plus, immigration’s astronomical with Hispanics,” Thornton said in an interview with the Durango Herald.

According to U.S. Census data, Colorado’s Latino population grew by more than 40 percent between 2000 and 2010. And Denver, the state's largest city, is now more than 30 percent Latino.

As the Latino population surged nationally in recent years, so did anti-Latino hate crimes. 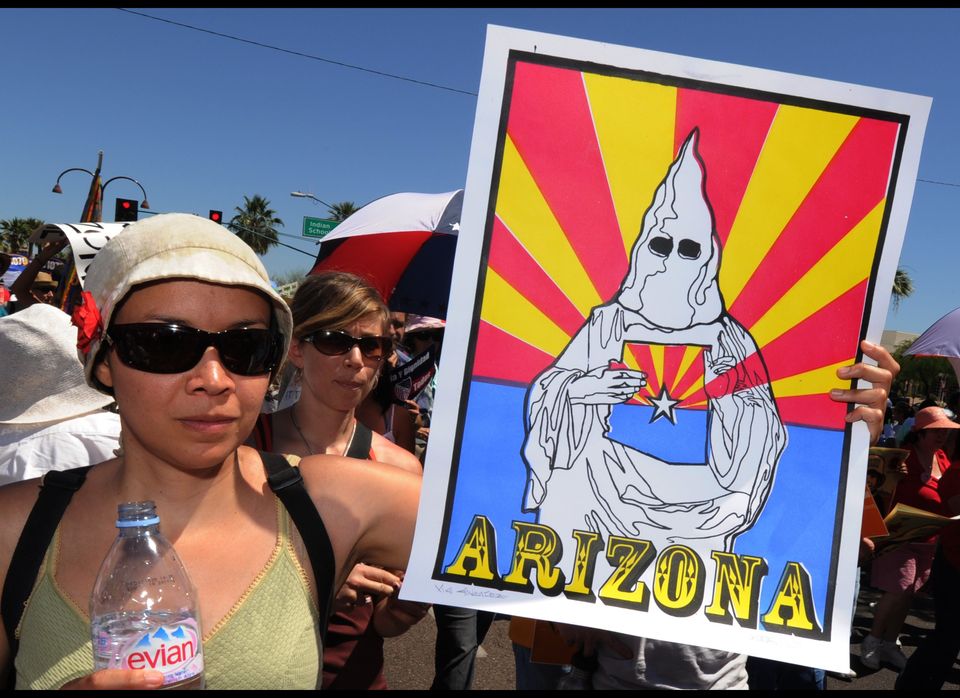 1 / 5
Protesting Anti-Immigrant Law In Arizona
Protesters carry a banner with a reference to the Ku Klux Klan as they demonstrate against Arizona's tough new immigration laws at a large rally in Phoenix on May 29, 2010. Rights groups had already announced plans to file a legal challenge to the law, which makes it a state crime to lack proper immigration papers and requires police to determine whether people were in the country legally. Activists say the law will open the door to racial profiling by police, but supporters point to wording of the bill that expressly forbids law enforcement from stopping someone on the basis of their ethnicity. Arizona Governor Jan Brewer has said the law, which has attracted broad support according to recent opinion polls, is needed to help secure the state's porous border, one of the main entry points for illegal immigrants in the US. AFP PHOTO/Mark RALSTON (Photo credit should read MARK RALSTON/AFP/Getty Images)
Getty