Dutch airline KLM made a big social media no-no when it tweeted an image celebrating the Netherlands' World Cup win.

Minutes after the Dutch team beat Mexico, the airline posted the following: 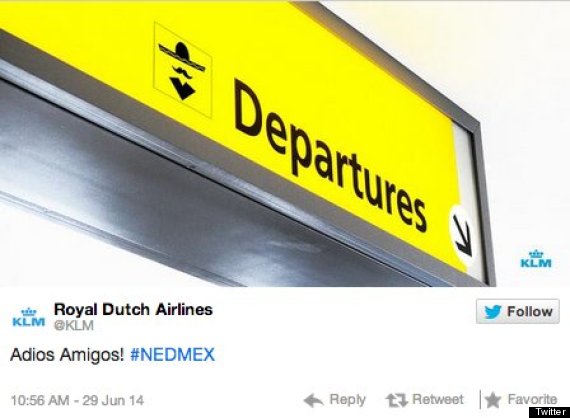 The picture contained an cartoonish picture of a man wearing a sombrero and a poncho. Twitter users found the tweet to be racist and offensive.