A stock market that is abandoned to robots that occasionally go insane is not a functioning financial market, making it harder for companies to raise capital and keep the economy moving.

Both men, who also happen to sit on the board of the Securities Industry and Financial Markets Association, a Wall Street trade group, declared that their rescue showed that the free market worked just fine and that more regulation would be bad for America.

"Yeah, I think I'm not a big proponent of more regulation," said Curt Bradbury, chief operating officer of Stephens Inc., one of several financial firms involved in the rescue.

"I do not believe that more regulation is in and of itself the answer," agreed Ron Kruszewski, CEO of Stifel Nicolaus, in a separate interview a little later on CNBC. "The best regulator I know is the free market. The free market worked here. There was a loss. It was settled. Capitalism stepped in and did the right thing."

Ah, yes, the free market. The unfettered free market will solve this problem, as it solves so many market problems.

Except in one way it's really a horrible day for American capital markets.

It is true, as both men noted, that Stephens and Stifel Nicolaus and a large group of other vultures, er, investors pooled their cash to rescue Knight, obviating any need for government intervention (though it is doubtful the government would have rescued Knight). And it is also true that Knight shareholders took a nightmarish beating in the deal, which pleases the angry free-market gods. The Vampire Squid fed well.

"What happened here was a Black Swan event," said Kruszewski, in defending the management of Knight Capital.

But "Black Swan" does not mean what Kruszewski apparently thinks it means. A Black Swan event is a rare event that nobody could possibly see coming. This was not that. Anything but. For one thing, Knight should have known that rushing out new trading software, as the New York Times suggests it did, was a risky move.

And the Knightmare on Wall Street is just the latest in a string of high-speed trading accidents, from the Flash Crash in 2010 to the Facebook IPO debacle earlier this year, that have trashed investor confidence in financial markets.

Even before the ink had dried on Knight's rescue deal, there was another technological glitch on Monday, in Spain's Bolsas y Mercados Espanoles SA, that threw stock trading in Spain into disarray for hours. And smaller-scale blowups are happening all the time.

In fact, the free market has pushed high-speed trading further, because it has generally been a money maker for the brokerage firms and exchanges. The robots make trading cheaper and smoother -- more liquid, if you will -- except for the few occasions when the robots make trading horrifically expensive and volatile. Apparently the free market thinks it can handle a few blowups here and there.

And maybe it can. The Vampire Squid has to eat, too, you know, and those Botox treatments aren't going to pay for themselves.

But what the free market maybe cannot handle is the growing disgust retail investors feel with the whole enterprise. They have been pulling money out of stocks consistently since the financial crisis, which may not be a wise investment decision, but is certainly understandable.

And that's why regulators need to do what the free market obviously won't: Find a way to curb these high-speed trading robots before they wreck the whole system.

Below are the most interconnected firms on Wall Street: 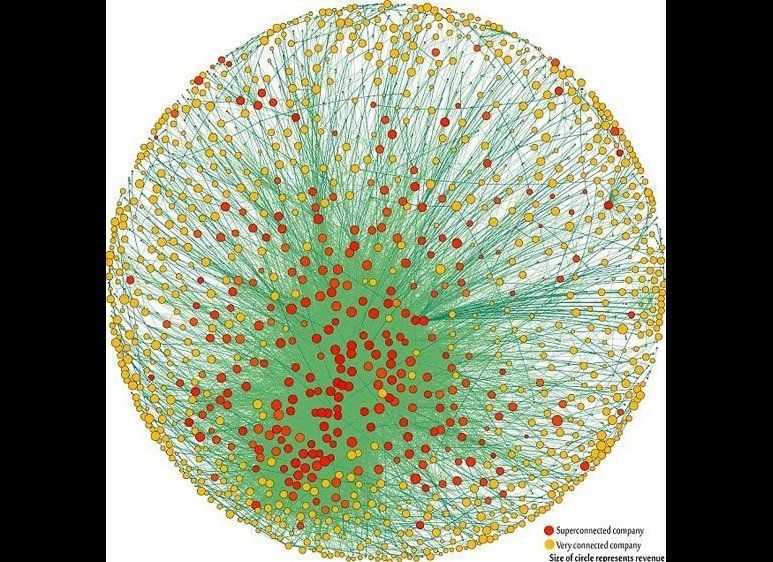