I'm sitting at Starbucks, which I rarely do. It's hard to knit there. A lot of people still find it weird for a man to be knitting in public. But, for us fellas that knit, it's nothing short of ordinary. There are many people that see us, see what we're doing and find themselves asking us lots of questions. And they have no problem stopping to ask questions while you're in the middle of counting.

I've been asked on numerous occasion on email if I ever go out to knit with groups or have knitting friends. Sadly, I don't. I'm too busy counting. I can't lift my head from the stitches to hear what's being said. I'm so focused. I'm there with the rows, both knit side and purl sides facing with the work, and the rest of the world falls away into.... well, nothing. 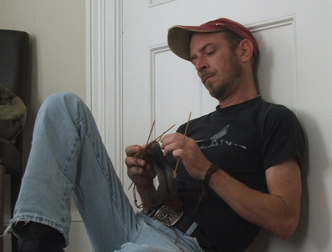 So, I'm at said Starbucks working up one of my teddy bears, roughly 8 a.m., figured I was safe, not too many people running in and out. And as I'm working on row 10 of the body of the bear, I see three sets of Orange County Sheriffs officers' legs approach.

I hear the clearing of a voice, "Ahem... What are you doing?"

I look up and see them staring at me strangely. A trio of enormously inquisitive men in their early 30s pulling up their belts, propping themselves in that "stance." Authoritative, broad, forceful.

Now, you've seen how I look. I imagine I was mistaken for a vagrant and was going to be asked to move along. They do it at Starbucks all the time. Little known secret. You can look rough and sit outside with your coffee and yes, someone will ask you to move on if they think that coffee was left behind by someone else. Even though I've paid for the coffee, all it takes is a yuppie couple with a baby feeling "threatened" by the unsavory looking guy outside.

"Could you ask him to leave? Did he pay for that coffee? Or is he just taking up space so we can't sit out there with our SUV sized baby stroller? Besides he smells of... something (Old Spice) and our little one is allergic..."

Happens all the time. They spent a gazillion dollars on a latte and a cappuccino and all I had was a tall coffee, with no room for milk. I'm not as important.

"What is that you're doing?" One of the officer's asked, staring me dead in the face.

"But, what is it you're doing? Is that needlepoint?"

"I knew it," he screamed to the guy to his left! "See? I told you it was knitting! I just never saw anyone do it with four needles before. That ain't needlepoint! I knew it! I knew it!"

"Oh! Yeah! Well, it's so you can work up stuff without a seam," I responded.

"Yea... or socks. You can do all kinds of things if you can work double pointed needles," I said.

The other two were equally impressed.

"I've never seen anyone do knitting like that before."

OK. So, here is where my own charm popped in. I wanted to say, "It's quite common. These are double pointed needles. It's basic knitting 101."

I replied, "That's cuz I'm a master, a knitting ninja," I twirled one of the double pointed needles between my fingers. "Yeah. Ninja..."

They all laughed, snorting coffee out of their noses and spilling crumpet crumbs to the ground. (Funny, huh? Cops with crumpets? Ha ha!) One shook my hand and said, "I'm impressed. I've never seen a man knit before, but I have definitely never met a knitting 'ninja' before. This your usual time?"

"OK, we'll see you next time... and if you have any trouble you let us know. Even ninjas need back up."

Thanks, fellas. I will. The next time I'm there, I'll complain about a yuppie couple with a stroller giving me a hard time.

Gregory Patrick is a writer and knitter in Orlando, Florida. Patrick writes the blog madmanknitting.wordpress.com, where this post first appeared. Check out his hand-knit teddy bears here. 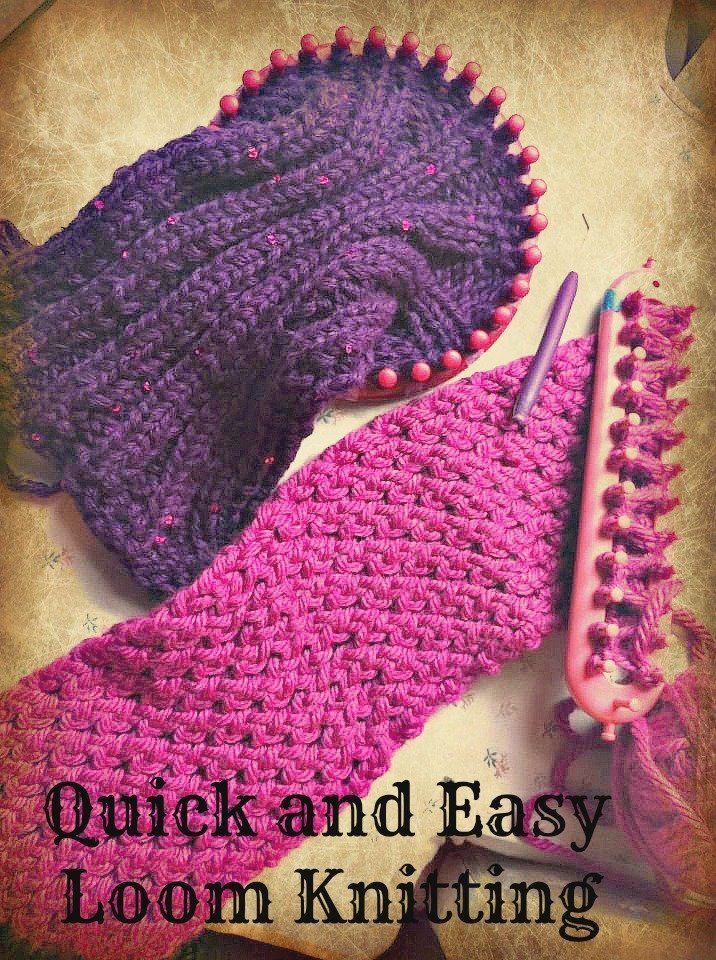 1 / 10
Braid Knit
Your child can easily make a scarf, headband or belt using this braid knit technique. Get the instructions: <a href="http://www.ingodseconomy.com/handmade-for-the-holidays-loom-knitting/" target="_blank">In God’s Economy</a>
In God’s Economy