The 75-year-old woman from Greece in western New York whiled away the winter knitting a skirt and jacket from filmy brown bags scissored into thin strips that were tied together to make yarn. She lined it with cotton fabric.

The finished garment is quite chic, with a tweedy look from green printing on the brown bags.

Her daughter, Fran Bertalli, tells the Rochester Democrat and Chronicle that Ferrigno has been knitting and sewing since her childhood in Sicily.

Last summer, Ferrigno saw someone’s purse made from repurposed plastic bags and started her own bag projects, making two purses before the suit.

She says she does it just for fun. 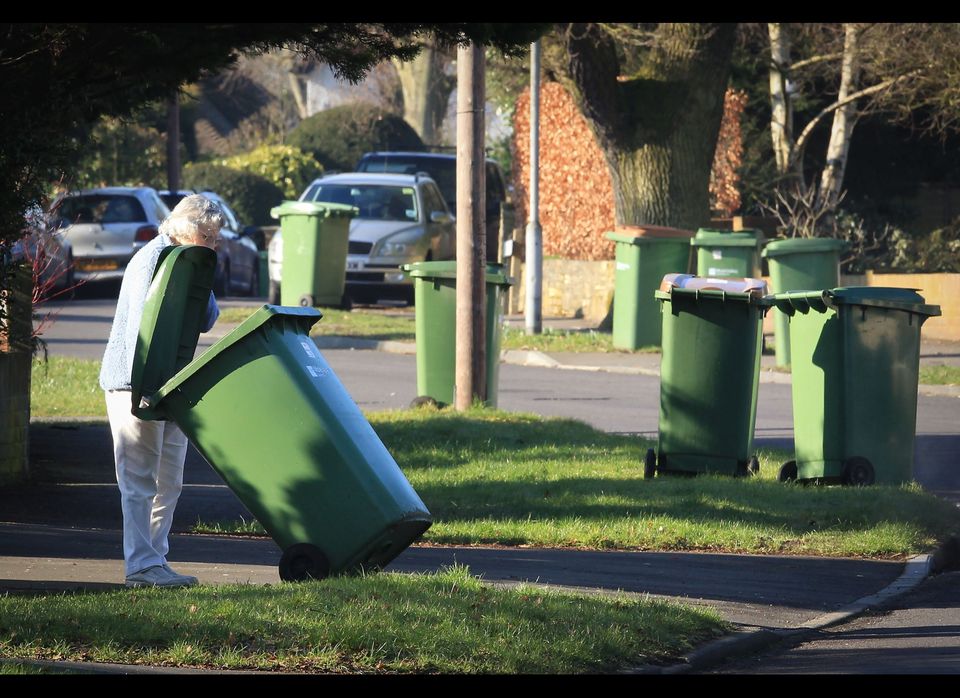 1 / 7
Tattletale Carts In Cleveland
It’s not only the nosy neighbor who’s watching in Cleveland. Next year the city plans to give recycling carts to residents <a href="http://blog.cleveland.com/metro/2010/08/city_of_cleveland_to_use_high-.html" target="_hplink">outfitted with RFID tags</a>. If the chip indicates the recycling cart hasn’t been brought to the curb in a few weeks, a trash supervisor will sort through the trash looking for recyclables. If paper, cardboard, glass and plastic bottles, and cans make up more than 10% of the trash, the offender receives a $100 fine. City officials are motivated by more than just concerns for the earth. While the city has to pay $30 million a year to dispose of trash, it earns $26 per ton of recyclables.
File/Getty