Currently on view at the Bard Graduate Center in New York City is Knoll Textiles, 1945-2010, a comprehensive exhibition devoted to KnollTextiles, the iconic producer of modern textile design. The exhibition highlights the sartorial dimension of the Knoll brand and the under-recognized role of textiles in the history of modern interiors and design.

When it comes to American design history, the furniture designers who collaborated with Knoll, like Mies van der Rohe, Eero Saarinen, and Harry Bertoia are all well known. Yet very little is known about the textile designers--many of whom were women--like Frances Breese Miller, Noémi Raymond, Antoinette Prestini Webster, and Eszter Haraszty.

The exhibit tells the story of Knoll Textiles from it's conception in the mid-1940s, led by matriarchal figure Florence Knoll, through years of textile innovation and design leadership. "The period of the company's early history during the 1940's is so intriguing," says Makovsky of the era:

During the Second World War, the wartime restrictions meant the materials that were used to make furniture were scarce. So the company, founded by Hans Knoll in 1940, started using rejected parachute webbing for furniture. When Florence Knoll began working at the company, dissatisfied by the highly decorative fabrics available, started using flannels from men's tailor shops. Their innovative ideas, at a time when materials were scarce, is inspirational even today.

Paul Makovsky, editorial director of "Metropolis" magazine and a Florence Knoll expert, curated the exhibit along with Earl Martin, the associate curator at the Bard Graduate Center; Susan Ward, an independent textile historian; and Angela Völker, the curator emeritus of textiles at the MAK in Vienna.

Knoll Textiles, 1945-2010 At The Bard Graduate Center
Knoll at Bard 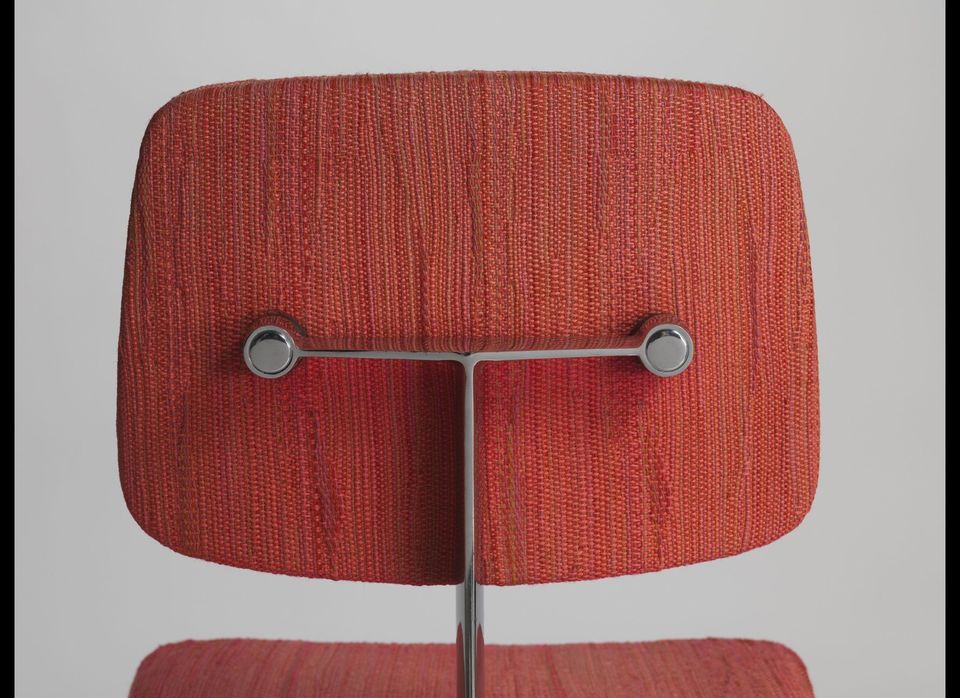