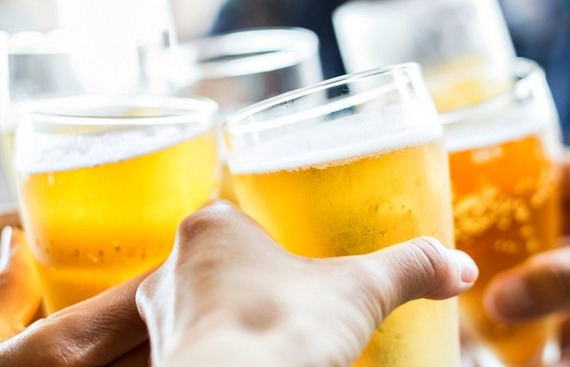 by Shawn Wellington for ShermansTravel

While Americans regard prohibition as a romanticized thing of the past, alcohol bans still exist in countries like Brunei, Libya, and Saudi Arabia -- and if Indonesia's Parliament has its way, you can soon add tourist destinations like Bali to the list, too. But if you think a countrywide outlaw of liquor is outrageous, make sure you read these other bizarre rules and regulations on drinking around the world (including a few in the U.S.!). You wouldn't want to get caught violating them; the penalties are far from lenient.

1. Don't drink and horseback ride in Colorado
In Colorado, horses aren't just wonderful pets; they're a recognized mode of transportation. As such, you really shouldn't operate a horse while tipsy. If you're caught horseback riding while under the influence, you can be cited for drunk driving, just as if you were operating a typical motor vehicle.

2. Lukewarm in Oklahoma
Drinkers in Oklahoma may want to plan ahead a bit more than their colleagues in surrounding states. A quirky law prohibits the sale of refrigerated beer above 4 percent alcohol by volume, which means that you'll need to pick up your brews and then chill them yourself. You can still get softball stuff in the cold aisle, but consume that at your own peril.

3. Tone it down, Alabama
If you're thinking of starting a new brewing company in Alabama, don't spend too much on graphic design. The Alabama Alcoholic Beverage Control Board can prohibit labels with "a person posed in an immoral or sensuous manner." Something tells us Utah's Polygamy Porter wouldn't pass muster down in Talladega.

4. No shots after midnight, Aussies
Don't be surprised if you can't get a shot or cocktail after the stock strikes 12 while Down Under. Apparently, it's against the law to serve those up after midnight in Australia.

5. Watch out, first offenders, in El Salvador
While it's not mandatory, the death penalty is a viable option when judging those who experience their first drunk driving event in El Salvador. In other words, don't risk it. Or even think about risking it.

6. (Early) last call in Sweden
If you're looking to pick up a six pack after work in Sweden, you best get to the grocery store early. It's illegal for Swedish markets to hawk beer after 7 p.m.

7. Marry smart, Malaysia
If you're nabbed for drunk driving in Malaysia, the man at fault as well as his wife can be jailed. If your luck runs even further south, the jailing can extend to other family members as well. Yikes!

More:
travelalcoholic-beveragesbeverages
Newsletter Sign Up
An essential daily guide to achieving the good life
Subscribe to our lifestyle email.
Successfully Subscribed!
Realness delivered to your inbox