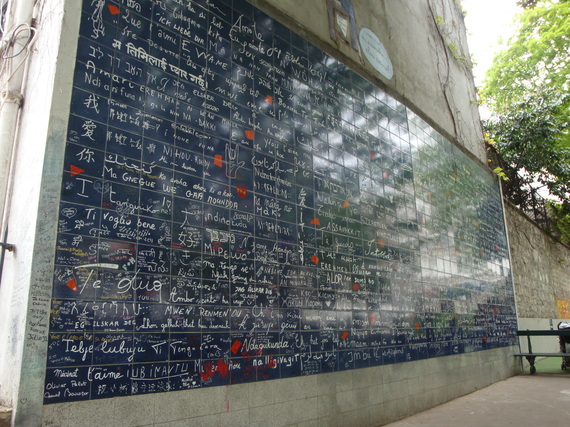 I was a single mom of three sons. And now as adults, they're all rich in authenticity, integrity and self-knowledge. Sometimes, I think they turned out great in spite of me. But there is one thing I purposefully passed on to them, knowing it would help. I taught them how to argue effectively.

There's a funny thing about parenting. We're doing the best we can, while at the same time we have an inkling that our kids may need therapy later. We try to get it all right, but it's not likely that they won't drag unresolved issues along into adulthood -- just like we did.

So what's the answer? Knowing that perfect compatibility only happens in fairytales and that conflict is normal in relationships. Plus the tools for arguing in a constructive way -- which means resolution without casualties.

One of my friends argues ineffectively. And it's painful to watch. He doesn't identify the real issue. He bullies his partner by doing most of the talking and by making her wrong, so she doesn't feel safe and doesn't open up to him. He doesn't ask questions, so he never grasps her perspective. And he only uses you-statements: criticizing, accusing and blaming.

Like I said, it's painful to watch. My husband and I offer a relationships training, and we'd love to sign my friend up. Here's what we would share with him.

There are specific steps for handling conflict

The first step is to make two agreements, right up front.

An agreement that a problem exists that affects both of us, so it's not just the other person's fault. Asking, "Do you agree that we share a conflict?" can result in the first Yes, after many Nos.

With these two agreements, we're halfway to the solution! And without them, there's really not a clear way forward.

My friend doesn't make these agreements because he'd rather hold onto his belief that it's all about his partner. He doesn't acknowledge that her perspective is also valid. And he doesn't commit to do whatever it takes.

The next step is to respect each other's responsibilities: "I won't tell you how to fulfill your role. And please let me take care of my responsibilities without interference." It has to be sincere, without sarcasm.

To get to this point, my friend would need to drop all blame. Then he and his partner could spend their energy focusing on each other's strengths. They could join forces to find a win-win answer, by asking solution-oriented questions: "What can I do to help? What do you expect from me? What can I expect from you? What solution will serve both of us?"

The next step is to agree on what action to take, and then to keep the agreements.

In an ideal world, conflict gets resolved before it escalates into an argument. But since most of us don't live in that world, we need to know what makes arguing successful.

We can identify what we're really arguing about by asking ourselves: "Why am I choosing to be upset?" Saying, "I'm angry because you did this!" won't work. That's just a way to manipulate the other person into doing what we want. We need to examine our belief because that's the source of our reaction.

My friend believes that his partner is wrong. He hasn't figured out that she's right from her standpoint, which means no one is wrong. He also believes he's entitled to his reaction. Believing that we're entitled to bash other people always results in casualties. And children are the biggest losers in households where ineffective arguing is the norm.

Make it safe for everyone

Guaranteeing safety means agreeing right up front that anything can be said without getting whacked for it, now or later. Criticizing, blaming and shaming are off-limits. It means arguing without making anyone wrong. Think about it. It's refreshing, and it's transformative!

Pushing against someone or something won't get us satisfactory results. My friend associates inner strength with force, so he pushes hard against his partner. Ultimately, his efforts work against him and he misses out on finding his real power.

How do we drop resistance? By letting people be who they are without wanting them to change for us.

Arguing effectively requires finding something we can agree on about the issue. It's not about deciding who's right. Needing to be right means that we've already made the other person wrong, and the argument is doomed.

If our goal is to win, we've already lost.

At the moment, my friend still has a desperate need to be right because he believes being right proves that he's all right. When he figures out that he doesn't need to make anyone wrong, he'll begin to enjoy finding solutions. And harmony will become the norm in his household. And that will be wonderful to watch!

When we feel safe and connected, finding common ground is easier than it sounds. Even when it seems impossible to agree on an issue, we can still say yes to the other person.

The bottom line is that understanding our partner's perspective and feelings matters more than what we're arguing about. And by making that a priority, we can't lose.

The photo is "The Love Wall" in Paris.