BERLIN (AP) -- Berlin's beloved polar bear Knut, who rose to stardom when he was hand-raised by zoo keepers after being rejected by his mother rejected at birth, died on Saturday, a zoo official said.

(Scrolls down for photos and video of Knut the polar bear)

"He was by himself in his compound, he was in the water, and then he was dead," said Kloes. "He was not sick, we don't know why he died."

A post mortem will be conducted on Monday to try pinpoint his cause of death, he said.

Between 600 and 700 people were at Knut's compound and saw the four-year-old bear die, German news agency DAPD reported.

"We all held him so dearly," Wowereit told daily newspaper B.Z. "He was the star of the Berlin zoos."

The polar bear rose to global fame after he was rejected by his mother when he was born in captivity on December 5, 2006. The fluffy cub was shown to the public 15 weeks later, and attendance at the zoo has roughly doubled since, officials said.

The resulting "Knutmania" led to a 2007 Vanity Fair cover with actor Leonardo DiCaprio shot by famed photographer Annie Leibovitz, a film and plush likenesses. Though the zoo has never released exact numbers, Knut merchandise including postcards, key chains, candy and stuffed Knuts have brought in hundreds of thousands of euros.

Check out some of our favorite photos and video of Knut the polar bear below. 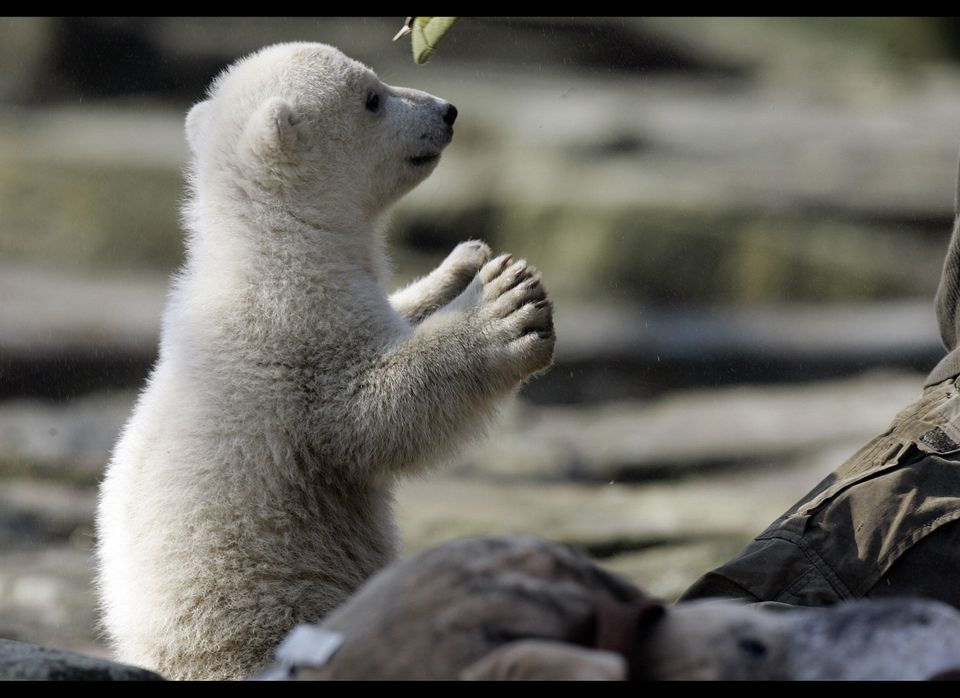