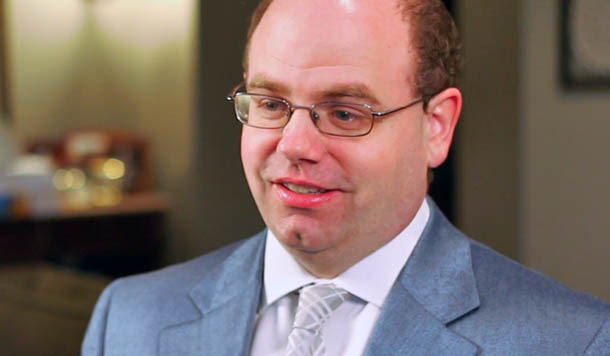 With Congress about to head out of town for its summer recess, a Washington-based think tank is ramping up a campaign to foil any attempts to institute a tax on carbon emissions, The Hill, a Washington political trade publication, reported this week.

"We're hoping to put the final nail in the coffin of the carbon tax," said Benjamin Cole, the communications director for the Institute for Energy Research (IER) and its advocacy arm, the American Energy Alliance (AEA). "The proposal should be dead on arrival by the time lawmakers come back from August recess."

IER's campaign includes a survey of American attitudes about such a tax and a $120,000 to $150,000 radio ad buy targeting a handful of House members who, according to Cole, "are soft on the carbon tax issue."

The Hill story, however, merely described IER as a "conservative" group. That doesn't explain why a think tank named the Institute for Energy Research is so dead set against a carbon tax, given the initiative would certainly help some energy technologies, especially wind, solar and other renewables.

So why is IER so down on cutting carbon?

Because it's backed by the fossil fuel industry, that's why.

Over the last decade or so, IER and AEA have received hundreds of thousands of dollars from ExxonMobil; the American Petroleum Institute (API), the oil and gas industry's trade association; the Center to Protect Patient Rights, a secretive nonprofit group linked to Charles Koch and his brother David, the billionaire owners of the coal, oil and gas behemoth Koch Industries; and the Charles Koch-controlled Claude R. Lambe Charitable Foundation, one of a handful of Koch family funds.

Top IER-AEA officials also are well-entrenched members of the Koch brothers' climate change contrarian network. IER and AEA President Thomas Pyle, for example, is a former lobbyist for Koch Industries and the National Petrochemical and Refiners Association. IER and AEA Director of Regulatory and State Affairs Daniel Simmons, meanwhile, worked for the API-, ExxonMobil- and Koch-funded American Legislative Exchange Council (ALEC), a stealthy lobby group that has been trying to repeal state standards requiring electric utilities to use more renewable energy. Before his stint as director of ALEC's Natural Resources Task Force, Simmons was a research fellow at the Koch-founded and funded Mercatus Center at George Mason University.

Not to be outdone, IER founder and CEO Robert L. Bradley, Jr. -- a former public policy analysis director at the now-defunct Enron Corp. -- is an adjunct scholar at the Koch-founded and funded Cato Institute and the API- and Koch-funded Competitive Enterprise Institute. He also has been a featured speaker at the API- and Koch-funded Heartland Institute's annual climate science-bashing conference, and is a member of the academic review committee at the Koch-funded Institute for Humane Studies at George Mason. The Institute for Humane Studies' chairman, I should add, is Charles Koch.

The Social Cost of Carbon

IER is doing more than trying to kill a carbon tax in its crib. Just yesterday, IER Senior Economist Robert P. Murphy testified on the "social cost of carbon" at a hearing on Capitol Hill. That's the official government estimate of the financial damage caused by carbon pollution, and it's important, as my colleague Rachel Cleetus pointed out in a recent blog, because it enables federal agencies to include the societal value of cutting carbon emissions, either directly or indirectly, when conducting traditional cost-benefit analyses of regulations.

The Obama administration recently boosted the monetary costs of carbon pollution to better reflect reality. According to Cleetus, a senior climate economist at the Union of Concerned Scientists: "The increase in the new social cost of carbon estimate is broadly consistent with what we're seeing in the scientific and economic literature on the growing risks and costs of climate change, and in fact is very likely an underestimate of the true cost of our carbon emissions.

"The increase is also consistent with the costs of climate change that we are already experiencing, such as those associated with sea level rise and rising temperatures," she continued. "Climate change is making coastal flooding, extreme heat, extreme precipitation, and other weather events worse, while we have more people and property in harm's way."

So what did Murphy tell the Senate Committee on Environment and Public Works?

In the same way that fossil fuel industry-funded contrarians are still trying to manufacture doubt about climate science, Murphy tried to poke holes in climate economics. He criticized the computer models and the methodology used to arrive at the new cost estimate and underscored the subjective nature of the exercise. "Before justifying economically damaging regulations by reference to 'the' social cost of carbon," he said, "policymakers must realize the dubious nature of this concept."

Cleetus's blog provides useful context for understanding some of the key issues Murphy brought up in his testimony. For example, Cleetus agrees that the computer models used to calculate the social cost of carbon are not perfect, but not because they overstate the potential damage.

"[The computer models] don't reflect just how devastating unchecked climate change will be," she writes. "For instance, some economic analyses assume that areas of the planet will remain economically productive, even under a worst-case warming scenario. It's hard to imagine people will want to keep doing business in an underwater city or that we'll still have economic activity in places that are too hot and humid for people to walk outside for more than a few minutes without suffering from heat stroke."

Cleetus also stressed that applying the social cost of carbon when calculating the costs and benefits of government regulation is just one tool in our arsenal to combat climate change. "Congress should also live up to its responsibilities," she says, "and put a price on carbon through legislation."

IER Says Let the Free Market Do Its Magic

IER's website features an essay that acknowledges that "climate change and energy security are issues of great concern for many Americans," but states unequivocally that policies to reduce carbon emissions "would be extremely expensive, consume resources that could be directed to immediate and profound problems, and have limited potential to affect climate...." Any sense of urgency to address climate change, the essay continues, has been fueled by media hype, profit-seeking renewable-energy and carbon-pollution-control companies, scientists on the research-funding gravy train, foreign nations plotting to undermine U.S. economic strength, and opportunistic politicians.

I kid you not.

I emailed IER's communication director, Benjamin Cole, yesterday morning to find out if his organization, given its opposition to a carbon tax, would endorse any government action on climate change.

His response: "Our approach would be to allow free markets and American consumers to balance most effectively the demands of America's energy needs with environmental concerns."

I asked him to elaborate: "Does that mean you are against all pollution regulations? You would want the free market to take care of environmental pollution?"

To which he responded: "The Institute for Energy Research has not endorsed any proposal that addresses climate change. As a 501c3 research organization, we provide analysis concerning the various proposals and their potential economic and environmental impacts. But we do not advocate for any specific legislation."

For some reason, I'm not surprised. Why advocate for specific legislation when the free market will take care of it? Isn't that just what Charles Koch would say?

Correction: The original blog published on Friday, July 19, included a passage that inadvertently mischaracterized economist Robert P. Murphy's July 18 Senate testimony by taking a portion of it out of context. The caption under his photo likewise mischaracterized what he said. Elliott Negin regrets the errors, which have been corrected.

Elliott Negin is the director of news and commentary at the Union of Concerned Scientists. In May, he published a six-part series in the Huffington Post, Unreliable Sources: How the Media Help the Kochs & ExxonMobil Spread Climate Disinformation," which documents that leading news organizations routinely fail to disclose the fossil fuel industry funding behind climate change contrarian think tanks.