Eric Sandweiss is the author of The Day in Its Color: Charles Cushman's Photographic Journey Through a Vanishing America (OUP, $39.95)

"He was one of those men who lived in poverty, so that their lives of questioning may continue."

The words belonged to John Steinbeck; their subject, a mysterious character known only as "Anderson," who occupies a brief and sinister role in the 1952 novel East of Eden. Steinbeck loses Anderson somewhere in the northern California woods, but not before revealing that the odd man resolved his "question" by proving that "the exterior world could be transferred to paper--not in the ghost shadings of black and white but in the colors the human eye perceives."

Scientists had experimented with the possibility of showing the world in color since even before the late 1800s--when Steinbeck set his story. But the experiment was successfully completed, more recently and less mysteriously, by two musicians--Leopold Mannes and Leopold Godowsky--working in the Rochester, New York, laboratories of the Eastman-Kodak company.

Their three-layer "subtractive" color film process, which led to the invention known as Kodachrome in 1935, delivered "the colors the human eye perceives" not just to obsessive eccentrics but to housewives, Boy Scouts and Rotarians. Today, with Kodachrome gone and Kodak reorganizing itself under Chapter 11 bankruptcy protection, it's worth remembering just what their breakthrough meant for a generation of Americans yearning to see the world for themselves.

Steinbeck himself was a man of blacks and whites. His breakthrough novel, The Grapes of Wrath, set in "dead country, burned white and gray," developed from a 1937 partnership with the photographer Horace Bristol, whose black-and-white images ofmigrant farmworkers fit well with the "straight" aesthetic popularized by the photographers then working for the Farm Security Administration's division of information. Kodak's new film made little sense for such documentarians, and they made little use of it. While a slew of new picture magazines like Life and Look strengthened photography's place as the era's prime storytelling medium, the cost and complication of reproducing pictures in color limited their commercial utility.

But more than practical problems kept American photographic artists and critics from taking seriously this new alternative to the "ghost shadings" that had defined photography's first century. There was something--well, less real about color. Sure, color might suit "fantasy" movies, predicted emigre German film director Ernst Lubitsch in 1934, but films that "place their emphasis on naturalism" would always demand the black and white touch. Steinbeck's mysterious rendering of the invention of color hinted at some of the same suspicion, and the writer could not have been displeased when director John Ford and cinematographer Gregg Toland chose to film his Dust Bowl novel in black and white. Photographer Walker Evans complained that color was full of "noise." Robert Frank would later insist that "black and white are the colors of photography."

No, it was the amateurs who brought color out of the sorcerer's den and into the living room. Long before Kodak marketed its Instamatic camera for popular use, companies like Zeiss and Leica sold 35 mm "minicameras" to customers hoping to produce pictures as technically proficient as those made from the unwieldy large-format cameras used by professionals. And increasingly, amateur photographers--among them Steinbeck's first cousin by marriage, a Chicago businessman named Charles Cushman, who would go on to shoot more than 14,000 color images across America--loaded those cameras with rolls of color film.

Kodachrome succeeded in the market for more than simply its ability to make pretty images. Its abliity to capture the reddest reds and bluest blues released the photographic mandarins' hold on reality. What was "natural," after all, about gray? Black and white film was for the artist more concerned with calling attention to his craft than to the subject of his gaze. Kodak's Kodachrome ad copy spoke straight to the rest of us: "The subject delighted you, so out came your camera. You used care and judgment and you gave the picture the signature of your personality."

And so it was that amateurs like Cushman grabbed an early lead in the competition to record a world that "the human eye perceives." Steinbeck, who saw the shift coming, changed his ways: his Travels with Charley, published in 1962, reads like a verbal equivalent of the more prosaic and informal views captured by casual color snapshooters. "I had not heard the speech of America," the writer admits, "seen its hills and water, its color and quality of light." His efforts to do so made the book "likable and amusing," as Times critic Bosley Crowther sniffed, but not up to the great writer's usual stuff. Even today, professionals working in color risk having their images either seen as a detour into commercialized sentimentality, or assessed as ironic commentary upon vernacular, banal picture-making traditions.

It's been just over a year since the nation's last remaining Kodachrome processing plant shut its doors. "The ironic thing about Kodachrome," says company spokesperson Audrey Jonckheer, "is how so many people lamented the fact that we retired it a few years ago, yet virtually no one was buying it years before we made the decision." Once digital cameras established their hold on the market--as the minicamera had 70 years earlier--Kodachrome itself became the stuff of the experts and initiates, rather than a simple tool for cracking open a window onto the world.

Today, Kodachrome's "living color" has, like Steinbeck's mad scientist, disappeared into the woods. But as long as people continue their "lives of questioning," we can expect them to discover new technologies for representing the world. If we're lucky, capitalism, science, and simple curiosity will once again converge as fortuitously as they did just over 75 years ago, when one company offered Charles Cushman and thousands of ordinary folks like him a chance to lead where the artists would have to follow.

See some of Cushman's remarkable shots: 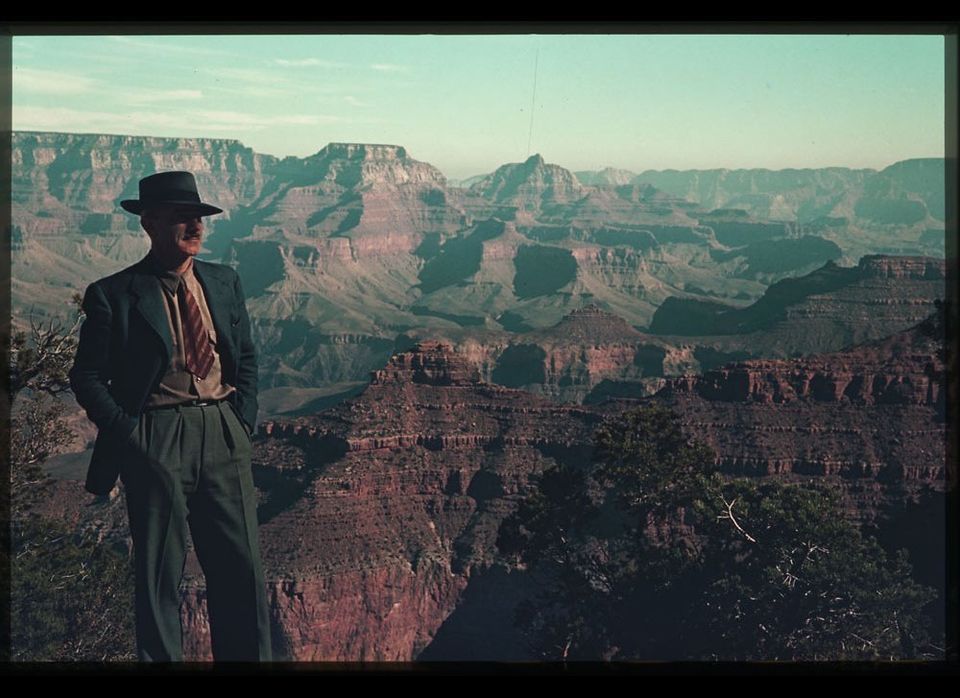