Speaking with Chicago-based transgender activist and recording artist KOKUMỌ, I feel as if I'm truly speaking to one who is anointed, one who has a strong sense of purpose and vision, one who has a profound consciousness around spirituality and history.

The opening paragraph of her bio on her official website, kokumomedia.com, says it all:

"KOKUMỌ is an African-American transgender woman and product of Chicago's South Side. While growing up, the only messaging she received in regards to her identity was that it would lead to either death or institutionalization. Therefore, upon reaching the age of opportunity she was behooved to give herself a name that spoke of life. After an extensive search and emotional journey she discovered KOKUMỌ. KOKUMỌ means, "This one will not die" in Yoruba, a West African language."


With the release of her new EP, There Will Come a Day, I wanted to speak with KOKUMỌ about the intersections of art and activism in her life and work.

Can you talk a bit about working in the tradition of African-American artists who are also activists for social justice and how those two things feed each other in your work?

Most definitely. This is my testimony. I am a survivor of sexual abuse and domestic violence. I'm from the South side of Chicago. You know from a lower-middle-class family. I'm dark skinned. I'm plus-sized. I'm afro-centric and therefore I'm marginalized even within the margins. There aren't many transgender women like myself. So for me I can't separate the two [art and activism]. Before I knew I was transgender I knew I was an artist. Before puberty hit and before everyone was telling me, "You're a boy." I wanted to be Whitney Houston. I wanted to be Brandy. Then I found out I was trans and people told me I couldn't be a musician. I had this period of adjustment, this period of not understanding, this period of giving up on my dream. That's when the activism came in. I am an artist and I feel like my contribution is just as important as anybody else's. Therefore, me being transgender shouldn't stop that. That's why as an artist, as an activist I believe in creating space through my company KOKUMỌMEDIA Inc. for trans, gender non-conforming and intersex people to create media the way they see fit. That's why I can't separate the two. That's why they have to go hand in hand. Because I'm a trans person, I don't have the social privilege. I have to educate as well as create my art. And it's necessary for me to educate via my art.

Can you tell me a bit about what inspired your new EP, There Will Come a Day?

I have always said I'm an artist not an entertainer.

I love that. What's the distinction for you between artist and entertainer?

I believe an artist is a person who forces you to remember while an entertainer persuades you to forget. An artist forces you to remember all of the oppression that exists in the world. An entertainer, their job is to make you forget it so you can be happy. You know because ignorance is bliss. I have gotten a lot of feedback from people saying the EP is morbid and depressing. And quite frankly, my life has been morbid and depressing not due to my own volition but due to the oppression I face. I have to create art that is honest to me. I feel like that's the problem. When people get bodies of work from marginalized people they want it to be diluted. They never want it to be how we honestly feel. They never want to call into question the intersecting oppressions we face due to them. They want us to just make them tap their feet. That's not what I'm here to do. I'm here to create art that forces you to acknowledge your privilege over me. That's why I believe "There will come a day" is as optimistic but as urgent as it is. There will come a day for me as a black trans woman I can actually walk down the street and hold my boyfriend's hand. There will come a day when if I tell a man I have a penis he won't throw me out of a window. 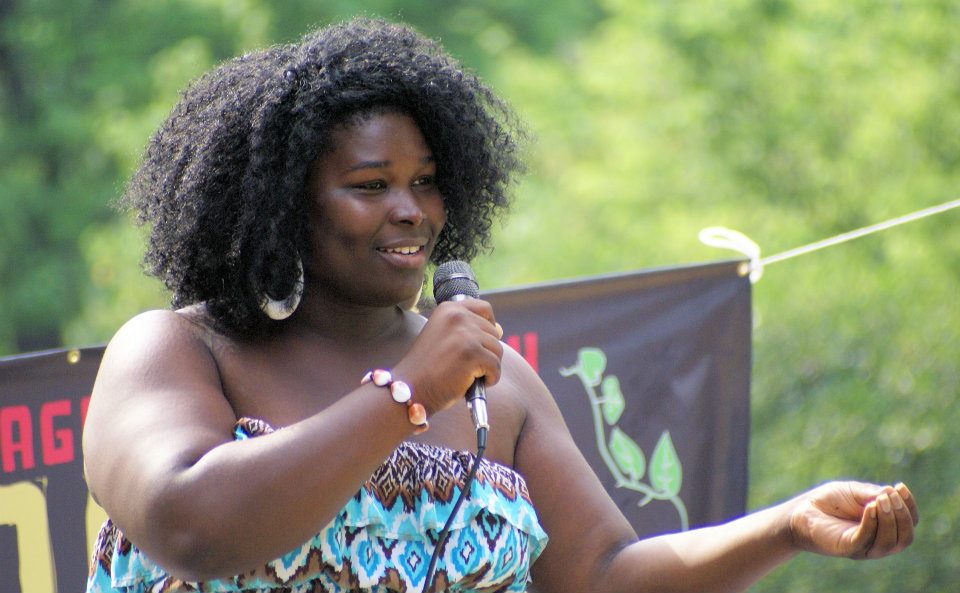 Listening to your voice I hear a little bit of Nina Simone and I hear a bit of church. Did you sing in church? Can you talk a bit about your vocal influences?

It goes back to my story of being an artist and an activist. Before I knew I was trans I had the voice of Whitney and Mariah. When I was a child before puberty hit I could hit those whistle notes, getting my Mariah on. And this is the way it's supposed to be. But then we have parents, older sibliings and other community members who would say, "Actually we call people like you a f**got or a mistake or something like that." That's when I started to get a lot of shame and guilt around my expression, around my identity and around my art. It convinced me that I actually couldn't be an artist.

There's so much stifling in our communities especially people of color. We're basically trafficked into the sex trade and street economies. Nobody acknowledges that this is human trafficking in so many ways. There's nobody holding a gun to our heads saying go to the streets. But there are people withholding checks and education and houses and love.

"You make me feel mighty real." I love Sylvester. Tell me about T.G.I.F.?

This is the activism. This is the philanthropy. I do all that I do through my company
KOKUMỌMEDIA Inc and quite frankly I think that that's revolutionary. I always say my oppressor cannot be my savior. Therefore, the work I do with T.G.I.F, which stands for trans, gender non-conforming, intersex freedom, is my attempt to save myself. I feel like it's only so long that you can wait for somebody else to come and give you your life, teach you some love, give you your resources, etc. At some point you have to stop waiting and start doing. That's what T.G.I.F. is. It's for the T.G.I. community particularly for T.G.I. people of color. We have three keynote addresses, a keynote address from a trans person, one from a gender non-conforming person and a keynote address from an intersex person. Each year we have a different theme. This year, July 28, 2013 at Union Park in Chicago the theme will be "Transcending Pride. Evolving Movement." I feel this is a natural progression from last year's theme.

I keep remembering and we all have to keep remembering CeCe McDonald, the fact that her life has been stolen from her in so many different ways. I feel like we are all keen on the oppression of gay and lesbian people. But there's a black trans woman in jail for defending herself and no one could care less. Where's the trans, gender non-conforming, intersex agenda? There are too many of us in jail, dead, on the streets because we're spending so much time making sure people can get married. We have transgender, gender nonconforming and intersex people dying on the streets, still dying from AIDS cause they can't afford the medications. We've got to evolve this movement so it can be inclusive.

You mentioned that you're a survivor of sexual abuse and domestic violence. Can you talk a bit about that, your healing process? Are you in therapy? These kinds of childhood abuses can be so debilitating. The trauma can last well into adulthood, keep us from living our lives fully, from pursuing our dreams.

My bachelor's degree is in psychology. I learned that abuse is a cycle. The people who sexually abuse or are violence have survived it themselves. I had come to a place of healing through understanding. I feel like what happens is what happens to a lot of people of different persuasions. So many never get to a place of understanding that what happened to them wasn't their fault, that what happened to them was a part of a system. I believe it's called capitalism. I believe capitalism plays a role in all types of abuse. For me though I had to find healing because if I hadn't I would be another statistic, another trans person, another black person not living my life to my capacity, allowing capitalism and abuse to stop me. When oppressed people take their pain and make profit from it as opposed to having pain control their lives, I feel like that's the revolution.

KOKUMỌ is hosting the Trans 100 Launch March 31 in Chicago: facebook.com/Trans100.

For more information on T.G.I.F. go to kokumomedia.com/kokumo-philanthropy-2/.