Kolkata was honoured today at an awards ceremony in Mexico City. The C40 Cities Awards recognize the world's most inspiring and innovative cities tackling climate change. Sponsored by Bloomberg Philanthropies and BYD, the C40 Cities Awards ceremony was held during the C40 Mayors Summit, where more than 40 mayors from around the world gathered to create sustainable and liveable cities for citizens. 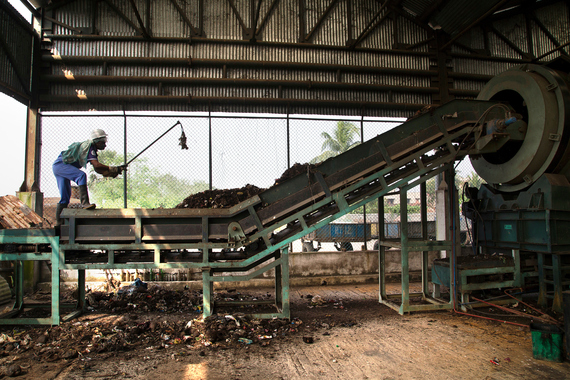 Kolkata's Solid Waste Management Improvement Project (KSWMIP) won this year's award in "Solid Waste." Kolkata's climate change risks have been exacerbated by unsanitary disposal and waste dumping. KSWMIP has achieved 60-80% (depending on site) segregation of waste at its source, with further waste segregation occurring at transfer stations. Forward looking, the project aims to eradicate open dumping and burning of waste and to limit the concentration of methane gas generated in landfill sites.

Advertisement
Advertisement
Earlier in the day during the C40 Mayors Summit, C40 unveiled a report, Deadline 2020: How cities will get the job done, outlining a vision to reduce emissions by 2020 and help meet the Paris Agreement targets.