As a teen, Kona Shen grew up wanting to make a difference in the world. Little did she know, however, that she would actually find the key to her humanitarian goals in one of her childhood pastimes: soccer.

As founder and director of Global Outreach And Love Of Soccer (GOALS), Shen now uses soccer as a method of engaging children and teens in Leogane, Haiti, in community work that "improves their quality of life, the environment and local leadership." And while her vision of fusing development with athletics seems unique, Shen tells The Huffington Post that it's a natural combination.

"I grew up playing soccer in Seattle, where every kid had that opportunity if they wanted it," said Shen, now 23, who launched the nonprofit organization last year. "When I moved here in 2010, I realized that if kids in Haiti are just as crazy and passionate about soccer as they are elsewhere, maybe there was something else we could do with that energy and that commitment."

Take a look at photos of Shen at work with GOALS, then scroll down to keep reading.

While GOALS' most distinctive component is its namesake sport, the organization's impact goes well beyond the goalposts. In addition to hosting summer camp, after-school programs and neighborhood soccer teams for boys and girls aged 7 to 19, GOALS also emphasizes current and future environmental needs in Haiti. It is one of the few local organizations to do so through service projects, including a community vegetable garden. Shen says the organization also stresses valuable life skills for youngsters -- and two members of the "Dream Team," GOALS' youth leadership group, received scholarships to study abroad in the U.S.

Although GOALS is just a year old, Shen's interest in Haiti actually began while working towards her degree in development studies at Brown University. "I was just trying to understand everything that went into [the fact that] it was the poorest country in the Western Hemisphere," she noted. "As interested as I had been with social issues in the U.S., I realized there was this whole level I hadn't explored yet."

Having made two trips to Haiti during her college years, Shen said her first post-earthquake visit in 2010 wasn't nearly as striking as it may have been for others. "Of course, the amount of loss that each individual had suffered is just impossible to understand," she said, while noting that Port-au-Prince was considerably more devastated than her base city of Leogane. "But I think what a lot of people forget is that many of the problems we're seeing now actually pre-dated the earthquake. These problems have been reinforced by the disaster, but many of them already existed."

When she finally established GOALS in July 2010, Shen also wanted to ensure that, unlike many other advocacy groups with local ties, her organization was primarily Haitian-run in order to have a longer-lasting impact. "I'm the only American on staff, and the level of community engagement makes it all the more important," she said. "I see myself more as a catalyst rather than a person that the whole organization is riding on."

Describing the experience of 18-year-old Mackenson, an illiterate defense player on the boys' soccer team and a soon-to-be GOALS graduate, Shen said that no matter how many levels her organization operates on, it all comes back to the love of the game.

"Kids here don't even need a ball or cleats to excel in soccer," she noted. "They have a chance when playing soccer to really excel even when they have no resources … it's a really powerful way for kids to re-gain and maintain normalcy in their lives." 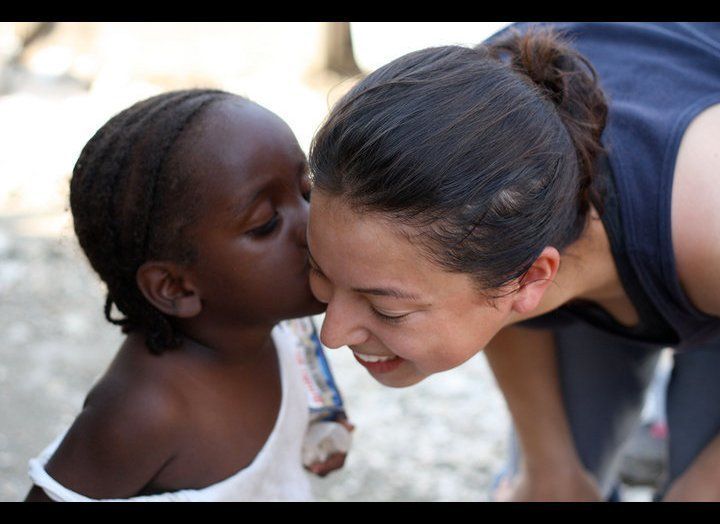