With millions of views so far this week, the super viral Kony 2012 video is clearly raising awareness of the horrors of the LRA in Uganda. But is the Kony 2012 campaign a good idea? 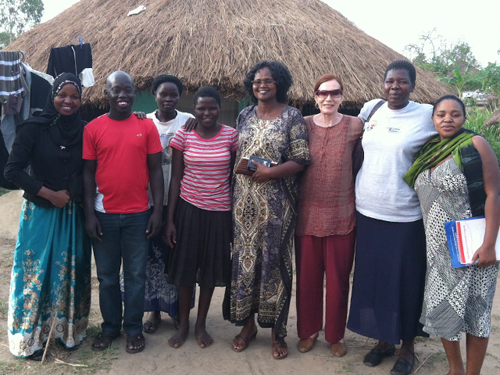 Based on our history of working with child soldiers around the world and our extended conversations with former child soldiers in Uganda during our site visit to Gulu two weeks ago, the Goldin Institute has received a number of requests for comments and analysis of the Kony 2012 video and campaign in the past two days.

Clearly, it is no small feat to raise awareness on this scale.  It is truly inspiring to see millions of people -- especially young people -- engaged in a discussion about stopping atrocities and bringing perpetrators to justice.  This has been an amazing example of the growing power of social media.

At the same time, this video and campaign has been getting a complicated response from experts in the field. Others have made insightful critiques of Kony 2012's over-simplification of the complex reality in Uganda, neo-colonial messaging and questions about the organization that produced the video. More important, however, is the fact that this campaign has been getting a largely negative response from the people it is purporting to speak for: the people of Uganda.

Our colleagues in Uganda point out (correctly) that Joseph Kony has been gone from Uganda for over six years. His base of support has dwindled radically and he is currently estimated to have a force of less than a few hundred fighters.  That does not mean that he is not dangerous, that he is not committing atrocities in his current encampments in the Central African Republic and the Democratic Republic of Congo or that he might not return to Uganda.  It does raise questions about why Invisible Children is focusing so exclusively on Kony at the expense of promoting the rebuilding of war-torn communities and reintegrating former combatants. Maybe Kony 1995 or Kony 2005 would have been a more powerful campaign, but Rebuild 2012 seems like a better use of the attention this film has garnered.

Further, our colleagues in Uganda worry that the strategy of foreign and military intervention called for explicitly (and virtually exclusively) in the video runs the risk of reigniting the largely dormant conflict in the region. This focus could also distract policy makers and program implementers from the crucial work of rebuilding communities and reintegrating former child soldiers. These considerations are further complicated by the troubled history of the Ugandan government and the Ugandan People's Defense Force in the ongoing conflict.

The Kony 2012 campaign centers on the idea of getting the public to support the current policy of providing advisors to the Ugandan military (a policy that, to the best of my knowledge, is not being debated or questioned at this time) in their pursuit to capture Kony and bring him to justice through the International Criminal Courts. There are many who believe that this will bring justice to the perpetrators and set an example that will be a deterrent for other war criminals. There is no doubt that Joseph Kony has a long and well-documented history of criminal atrocities to account for. At the same time, there is a significant fear that this strategy will lead Kony to rebuild his force through increased abductions of children as a source of negotiating power and defense against capture.  Ugandan people are well aware of the moral and practical implications of trading justice for peace. 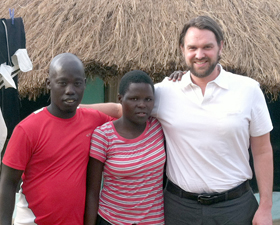 These are exigent questions without an easy answer. Perhaps the most crucial question about strategy, however, is who should decide: Invisible Children or the children and people of Uganda?

Whatever happens with Kony and the Kony 2012 campaign, the Goldin Institute will continue our work towards community-driven child soldier reintegration and prevention strategies in Uganda and impacted countries around the world. Far from being invisible, former Child Soldiers are directly engaged in our ongoing work to build a National Partnership for Child Soldier Reintegration and Prevention in Uganda.

We invite you to learn more and join the movement at www.goldininstitute.org. We can all agree that we should make 2012 famous as a year of rebuilding and reintegration in Uganda.