May 13 (Reuters) - South Korean baseball fans may not be allowed to watch their favorite teams live at stadiums due to the COVID-19 pandemic but NC Dinos’ stands were not empty thanks to life-sized cardboard cut-outs of portraits sent in by the fans.

The Korean Baseball Organization (KBO) League season kicked off this month after a five-week delay due to the coronavirus but all games will be played without fans in attendance.

“No fans were allowed in even though the league reopened,” Dinos’ marketing manager Park Joong-un said. “So, we’ve thought about a way of giving enjoyment to fans and motivation to the players.”

The club said more than 60 fans participated, sending their own pictures, along with their favorite players or even their pets.

“I can’t go into the stadium now, but my avatar is cheering the team instead of me. It feels like I’m in the stadium,” Han Dong-su, a 38-year-old baseball fan, said outside the stadium in Changwon.

The club also set up cardboard cut-outs with characters of U.S. baseball team Durham Bulls after the minor league team declared its support for Dinos on Twitter.

“Your attention please: We have decided which KBO team we will be supporting. This is now an NC Dinos fan account,” said the Bulls. The Bulls are based in North Carolina which shares the same NC initials with Dinos.

With Major League Baseball (MLB) on hold due to the pandemic, ESPN reached a deal to broadcast KBO games which kicked off on May 5.

But while audiences can follow games in the safety and comfort of their homes, Han feels a twinge of regret for not being able to take his son to a game.

“If the stadium reopens, I’ll come and watch games with my son whenever we can,” he said. 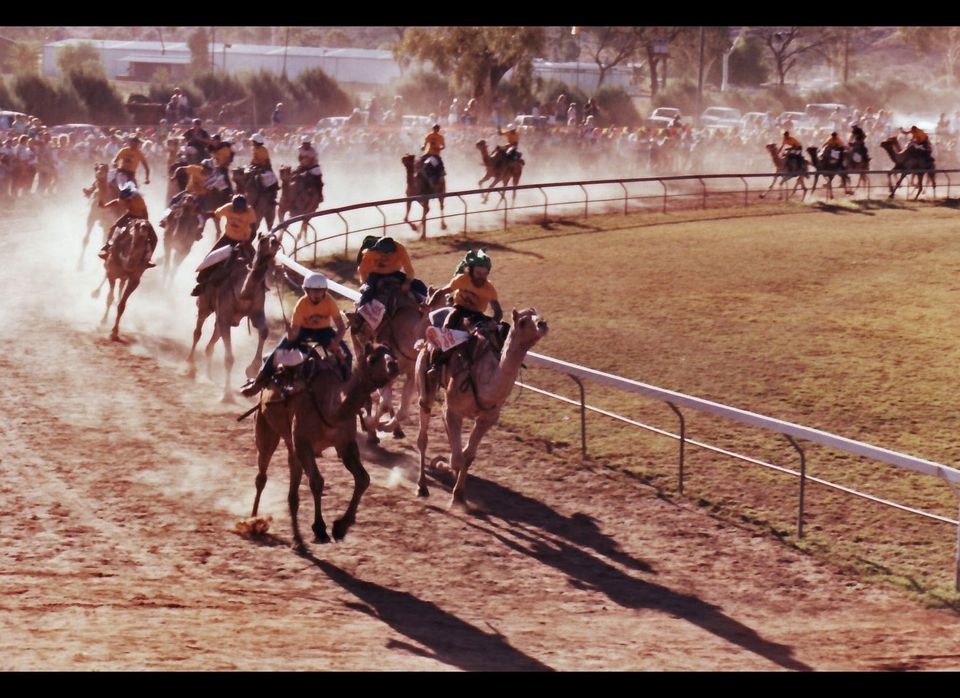 1 / 10
Camel Racing
Forget horse racing at Ascot. Camel racing in the<a href="http://www.cheapflights.com/flights-to-united-arab-emirates/" target="_hplink"> United Arab Emirates</a> is now the place to be seen. Popular throughout the Middle East as well as Mongolia and Australia, the sport takes place every year from late October to early April. In the dusty desert, camels race along a sand track up to 10 miles long while their owners drive alongside shouting and honking their horns to urge the camels forward. The louder the shouting, the faster they run. But be careful not to get in their way: anywhere from 15 to 70 camels race at a time and onlookers will want to avoid the stampede! Unlike horse racing, there’s no betting in camel racing, but, if the sport tickles your fancy, owning a winning camel can be a lucrative investment worth hundreds of thousands of dollars. The races usually take place on Thursdays, Fridays and Saturdays and, while the morning races tend to be reserved mostly for sheikhs, the afternoon races are open to all.
Flickr:RaeAllen