If you've ever dined out at a Korean restaurant, you're sure to have been served those tasty, complimentary sides. They could very well have been the best part of the meal; the tiny portions of bright red squares, shiny noodles and dehydrated somethin's tickle the tongue with absolute delight. The only caveat -- for an American palate, at least -- is the food can be tough to identify.

These "free side thingies" are actually called "banchan," which translates to "side dishes." According to Cecilia Hae-Jin Lee, author of Eating Korean, banchan is eaten at practically every meal in Korea -- it's considered any small food dish served alongside rice. "All banchan is communal," Lee tells HuffPost over the phone. "You get your own bowl of rice and your own bowl of soup, but in general everything is shared." She says Korean families typically cook up large batches of these sides to be eaten over the course of the week. "It's not to be eaten all at once -- whatever isn't used is saved for the next meal, so it's not a waste." At restaurants, of course, the excess banchan is tossed. And while the portions are usually small, Lee says Korean restaurants in America may serve a larger quantity "because it looks more impressive." There are endless variations of banchan fare, but Lee says kimchi and a seasonal vegetable are likely to make it to the table. And, she says, "banchan is always served in odd numbers, because even numbers are considered bad luck." Good to know.

While it would take a long time to learn every kind of banchan, below are eight dishes commonly served in the West. (I know, I know, even numbers are unlucky). Study up and soon enough you'll be able to order them by name. 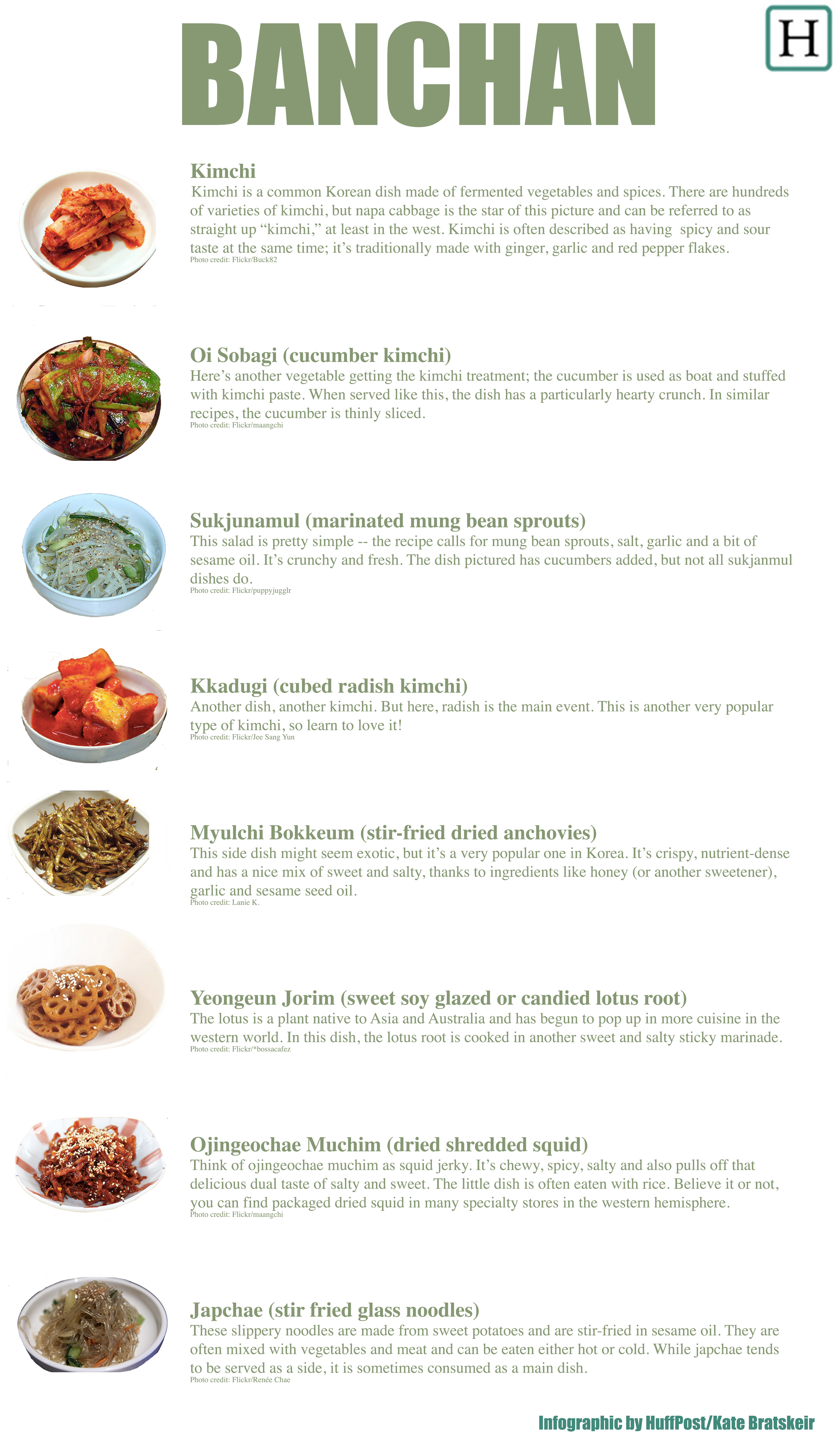