Hip hop first appeared in Korea in the 1990s with rappers such as Seo Taiji and DJ Doc. But the title of first rapper should probably go to Kim Byeong-yeon aka Kim Sat-gat aka Kim Lip aka Rainhat Poet, who was spitting rhymes and battling poets all over the peninsula way back in the day -- the mid-1800s. The life of Rainhat was given respect in the first rap song in Korea, Hong Seo-bum's "Kim Sat-gat" from 1989.

A twenty-year-old Kim Byeong-yeon, after learning that he disrespected his grandfather in a poem, left his mother, wife, and child, put on a reed rain hat typically worn by farmers and fishermen, and began wandering the mountains of Korea. Reborn as the Rainhat poet, he spent his days and nights improvising songs, drinking rice wine, partying with other poets, flirting with young farm girls, satirizing the wealthy, mentoring other poets and praising the mountain spirits. His story is dramatized in The Life of a Rainhat Poet by Tae Hung Ha (Yonsei University Press, 1988).

Like other famous wanderer-poets such as China's Hanshan and Japan's Basho, Rainhat's poems can be read as a kind of nomadic mountain worship or San-shin, which I discussed in a previous blog. After singing and drinking and laughing with several other poets, Rainhat "breathed" this poem about Mt. Namsan in the center of Seoul:

Rainhat's gently staggering poems are spontaneous, lyrical, physical and immediate. When his grandmother, a farmer, tells him she doesn't understand poems, he explains to her, "A poem is a song. It is in your heart and you can breathe it with your mouth."

This populist vision of poetry was also expressed by American Beat poets of the 1950s and early 1960s such as Allen Ginsberg and Gary Snyder. Just as Rainhat took poetry away from the formalism and pretensions of the elite Neo-Confucian yangban class and returned it to the common people, the Beats stole poetry out of the "seven types of ambiguity factory," to borrow Kenneth Rexroth's acidic description of the cold war university English department, and redistributed it in parks, coffee shops, streets and bars where it thrived.

Rainhat critiqued the elitism, pretensions and materialism of nineteenth-century Korean society much as Ginsberg did with the image of Moloch in "Howl." The plastic, k-pop soaked, hyper-militarized Republic of Korea (South Korea) that has emerged in the past twenty years could probably use a few more Rainhats.

There are many interesting similarities between Rainhat and the Beats. In Tae Hung Ha's dramatic biography, the Narrator reveals that Rainhat was "more mad about poetry and less about women, whom he desired for a moment's ornament of lightning joy and thundering farewell without feeling any interest in long married love." This sounds like a pretty good description of Jack Kerouac and Neal Cassady. 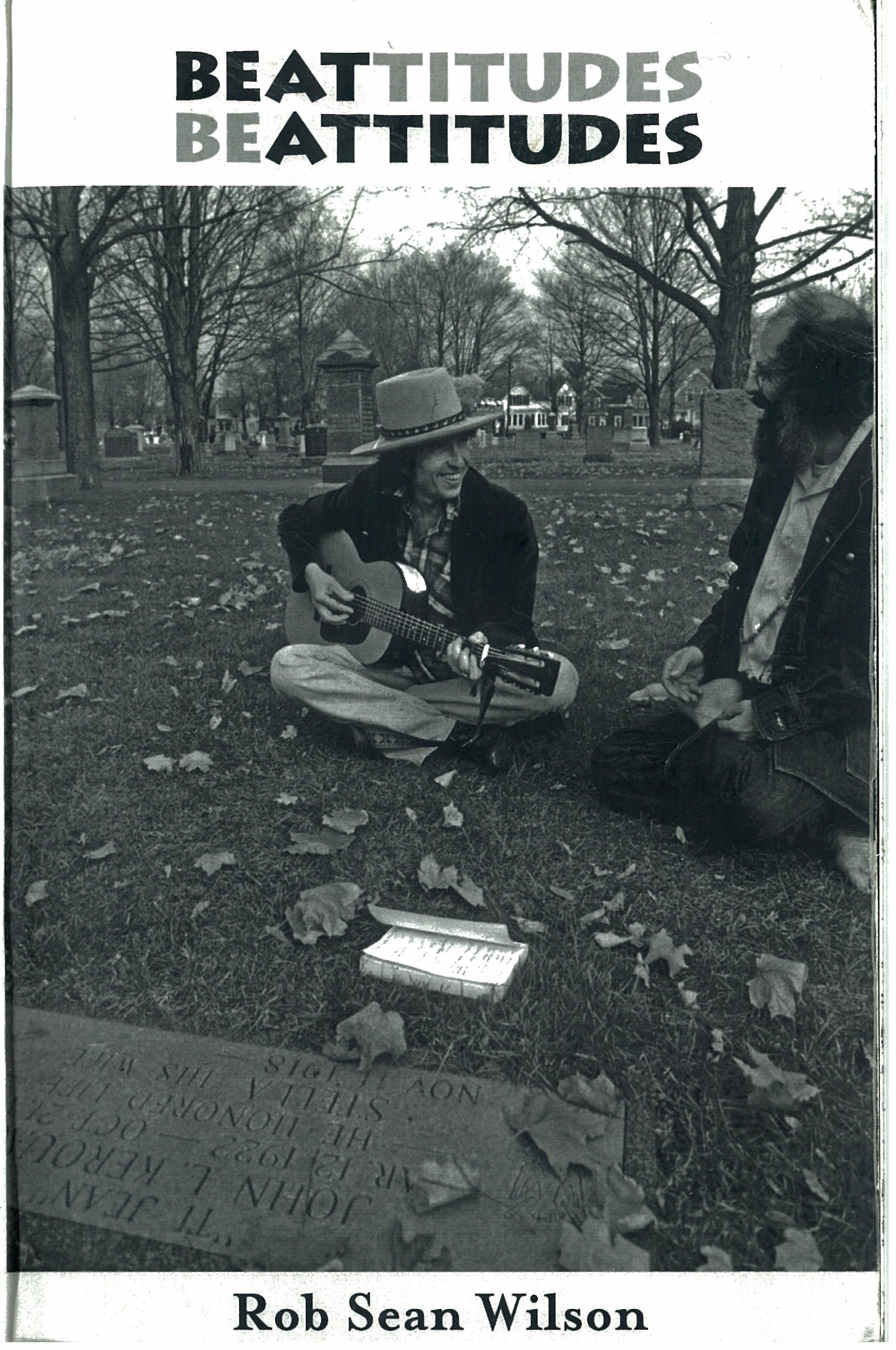 The word Beat, as Wilson's sample-driven text reveals, moves in many directions. In its most familiar incarnation, Beat means "being beaten-down, broken up, emptied out, beaten up by life and driven down and out." Rainhat knew what it meant to be Beat:

Birds have nests and beasts have holes to live in love true; I wandered lonely in sad journey all life through.Ko Un, Korea's most prolific contemporary poet, nicknamed "great mountain peak" by his friends, also knows what it means to be Beat. Immersed in massive suffering during the Korean War, Ko Un joined the Buddhist clergy before the war was over. After a period of seclusion on Jeju Island where he ran a charity, struggled with alcohol abuse and almost succumbed to suicidal depression, Ko Un was re-energized by the democracy movement of the 1970s. As a leader of the struggle for human rights and labor, he was repeatedly arrested and tortured under the authoritarian regime of Park Chung-hee.

In 1997, Ko Un and some companions spent forty days on a punishing trek through Tibet during which the poet suffered intense lung pain from an undiagnosed case of tuberculosis he contracted as a youth. Three years later, after recovering his health, he published Himalaya Poems (Green Integer, 2011), which has recently been translated into English by Brother Anthony of Taizé and Ko Un's wife, Lee Sang-wha.

Himalaya Poems catalogues the everydayness of life on the impoverished highlands of Tibet, which involves vomiting, solitude, mosquitoes, monotony, dirty diapers, rain, wind, dust, and smelly clothes. Glimpses of everyday life are interwoven with history, tales and legends. As a whole, Himalaya Poems registers the many contrary emotional states one goes through on a long, demanding trek: melancholy, compassion, ecstasy, emptiness, calm, dread, admiration, pity, disorientation, self-reproach. In a Taoist-inspired preface to Himalaya Poems, Ko Un writes, "On reflexion, what has raised me is not the truth but the road."

Ko Un resists turning the Himalayas into a symbol of another world; it is the here and now that matters, as in "The Peak Next to Dhaulagiri:"

People live here.It's not the world beyond, it's this world,and I'm alive in it,eating a skewerful of muttona young Uighur has cooked for me.

At the same time, his lines do frequently vibrate with Taoist sublimity, as in "Names:"

In the Himalayan worldordinary peaks go unnoticed.Only peaks of 7000 meters,Or 7500,have been given one name or another.

Do you have something to say?Nothing. The affirmative vision in Himalaya Poems parallels the notion of Beat as rooted in beatitude, which Jack Keroauc, the "mongrel Buddhist and crazy Catholic mystic" repeatedly emphasized. For Wilson, Beat/beatitude "implies the transformative energies generated from this double sense of being happy/holy and ready to make self and world anew." Beat Attitudes is a multi-tool with literary, spiritual and political extensions designed "to inspire and prod young writers and cultural workers and activists to find terms of hope and empowerment." Like a Swiss Army Knife, this slim volume belongs in the backpack of every student, traveler and occupier.

Spiritual wanderers like Hanshan, Basho, Rainhat, Ko Un, the Beat poets and countless others from different times and places can be read together as manifestations of what Gary Snyder in Earth House Hold (1969) calls "planetary culture," in which spatial connections beyond the boundaries of a single nation-state, and temporal connections deep into the past come together to imagine communities more "attuned to their local natural region and united overall by a profound respect and love for the mind and nature of the universe."

Rainhat spent much of his life wandering and worshipping the mountainous Korean peninsula. Some day, the blockage created by the Demilitarized Zone along the 38th parallel will be opened and a new generation of Korean poets and wanderers will be able to follow in Rainhat's footsteps.