I assumed that the wounds left by the riots would fester for a lifetime. I thought of myself and my family as permanently disfigured. Too many of the days following 4/29 were dark ones.

But here we are, 20 years later, and we are still alive. My parents, while not rich, through toil and a little luck, own a successful small business. Too many families lost everything and never got a second chance.

As the pages of the calendar fell away, we had graduations, marriages, children were born, and family members have passed away. I can still point to the pain left by the riots. For years, it lived squarely in my chest as a terrible ache. Now, I don't feel it most days. But really, I have trained myself to stop feeling it.

On a recent drive through Koreatown, I laughed with my wife about the luxury condos and slick retail shops that have sprung up everywhere. If you didn't live through the riots, you wouldn't even know that the whole damn neighborhood nearly burned down, and that people laid dying in the streets. In 1992, it was impossible to imagine this kind of transformation. And yet, these sparkling buildings were built on the ashes of a looted city.

My parents owned two stores that were looted and destroyed during 4/29. Olympic Video and 23 Minute Photo located near the corner of 3rd Street and Catalina Avenue. I drive through Koreatown on a regular basis, but hardly ever drive through that part of town. My internal GPS routes me to avoid that intersection. Even with the evidence of 4/29 long since swept away, how many others, I wonder, make their own automatic detours throughout the city?

My family and I represent the survivors. But a family is not a static thing. I have a 9-month-old daughter now. Her name is Olivia. What do I tell her of this family tragedy? How do I explain to her what was on the corner of 3rd and Catalina, and why we never go there? 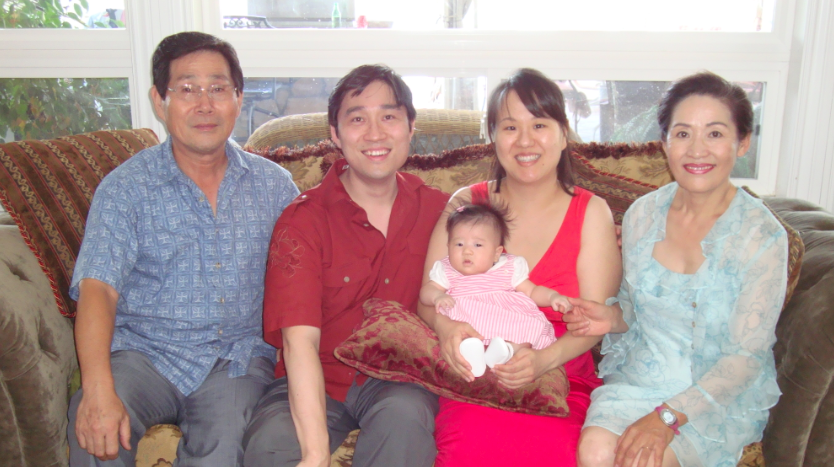 Her questions will begin with the riots, but reach out further. Why did her grandparents come to America? What was this American dream they were chasing, and how did it become twisted into a fiery nightmare?

In school, she will learn about the Constitution and America as the "land of opportunity." It will fall to me to explain that all is not well in America. There is an ugly reality mixed up in her family's immigrant story. There are terrible injustices that claim many victims, and her family are among those who have suffered.

I hope I can raise her to be mindful of these injustices and live her life doing her own small part to set things right. Will she find solace in the knowledge that her family did survive and thrive, and she is evidence of this fact? She will inherit so many things from me, and 4/29 is among them.

Alex Ko writes from South Pasadena, Calif. You can watch his film, "Pokdong," about his family's experience of the L.A. riots, at www.snagfilms.com.