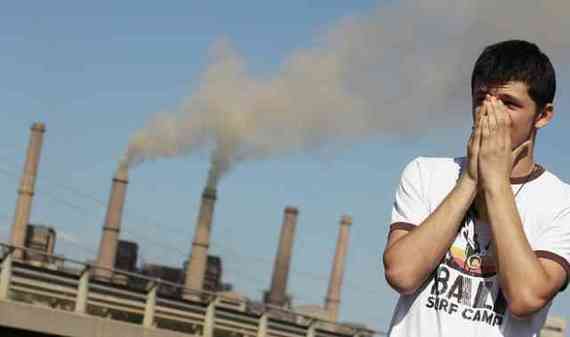 President Obama made a pledge in his Climate Action Plan to lead in the fight against climate disruption when he announced an end to financing for new coal plants overseas. His pledge would end public funds - our taxpayer dollars - flowing to new coal plants except those that deploy carbon capture and sequestration technology (CCS), or are in the world's poorest countries when there is no other option, and use the most efficient technology. These exceptions are now being put to the test with a proposed coal plant in Kosovo, which the World Bank is considering funding, and the U.S. government is heavily supporting. So does the Kosovo coal plant pass this test? The answer according to a new analysis commissioned by the Sierra Club and written by former Environmental Protection Agency Enforcement Officer Bruce Buckheit is an emphatic "no."

To understand why Kosovo is such an important test case for the President's pledge, it's important to understand how much momentum exists internationally to withdraw support for new coal plants overseas. Like dominos, one by one, governments and multilateral development banks are moving beyond coal.

It all started in June with President Obama's announcement. Then in rapid succession, the World Bank and European Investment Bank rolled out new energy strategies that also ended support for coal, while the Nordic countries pledged to join the Obama Administration in ending coal financing. And just last week, during the climate negotiations in Poland, the United Kingdom stepped in with its own call to end financing for coal.

With the backing of so many countries and institutions, it is hard to believe President Obama would undermine the momentum he created by supporting a new coal plant in Kosovo. So why is the Obama Administration still pushing for the World Bank, which receives funding from the U.S. government, to support a costly, dirty, and unnecessary coal plant in Kosovo? It's a very good question because according to our analysis, the power plant in Kosovo fails every one of the three exceptions laid out in the Climate Action Plan:

Most efficient technology: Any coal plant needs to use the "best available technology" to be considered as an exception to the coal ban. The proposed power plant in Kosovo will not use the most efficient technology for lignite (the type of coal the project will burn). Instead of building an advanced ultra-supercritical, ultra supercritical, or supercritical plant, economic analysis of the project conducted for the World Bank showed the units will be subcritical Circulating Fluidized Bed boilers. The difference in efficiency? Around 5 percent. This puts local residents at increased risk from dangerous pollution coming from the plant.

World's poorest country: Kosovo is not one of the world's poorest countries. U.S. government agencies are, at least tentatively, using the World Bank's International Development Association's List of Borrowing Countries as a surrogate for poorest countries. But Kosovo's 2012 per capita gross national income is three times the threshold laid out in the World Bank's list. The only reason Kosovo appears on the list is because it has a bad credit rating, and is therefore permitted to access loans using the International Development Association's terms. It may not be Luxembourg, but it's not Malawi, and the U.S. shouldn't undermine the coal ban by saying lower middle income countries can build new coal plants with public funds.

Lack of Alternatives: Let's get something straight -- Kosovo has abundant alternatives to this dirty new coal plant. The Renewable and Appropriate Energy Laboratory at the University of California, Berkeley, led by former World Bank Chief Technical Specialist for Renewable Energy and Energy Efficiency Dan Kammen, has shown that Kosovo can meet its energy needs without constructing a new coal plant through efficiency, grid updates, and renewables. Moreover, this plan would create more jobs than the proposed coal project at a lower cost.

Given the fact that Kosovo fails the president's Climate Action Plan test, all eyes are now on the Obama administration and the World Bank to reject funding for the coal-fired power plant. If the U.S. decides to live up to the promise of the Climate Action Plan and withdraw its support for the project, support within the World Bank is likely to dry up. This would validate both President Obama's and the World Bank's policies on coal. But if they force a dirty new coal plant through in spite of their policies, they will lose all credibility. With country after country signing up to the coal ban, the world is now watching this crucial test case. It's now the administration's choice -- will they undermine their own policy, or do the right thing?