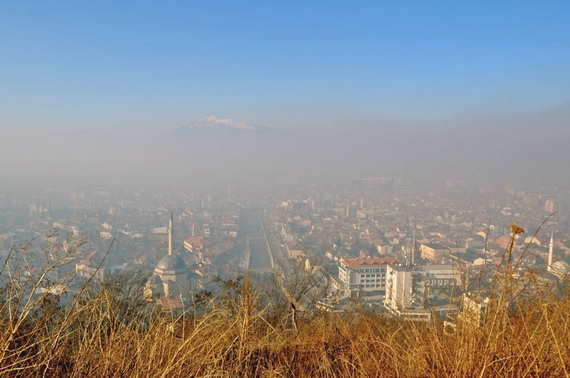 Last year, $28 billion was collectively spent on climate finance from six large multilateral development banks (MDBs). That's no small feat, but 2,100 new coal plants slated for construction worldwide threaten to push us over our global 2°C carbon budget: 276 gigawatts are currently under construction and another 1,000 gigawatts are in different planning stages. These are numbers that should elicit additional energy investment scrutiny.

The World Bank serves as an ever-important actor at the intersection of development policy and investment, and will continue to play a critical role in executing clean energy strategies in the least resource-rich regions of the world. However, a particular proposal for a 600-megawatt coal-fired plant in Kosovo challenges the World Bank's broader objective to finance low-emissions energy development and may result as one of the "rare exceptions" to its pledge to stop funding new coal projects overseas.

A pending decision to fund this coal-fired plant in Kosovo is generating intense debate. The Kosovo C plant in question would be the third lignite coal plant in a country that produces approximately 98 percent of its energy capacity from coal. This is cause for concern. According to a 2012 World Bank report, air pollution in Kosovo causes 835 premature deaths, 310 new cases of chronic bronchitis, 600 hospital admissions and 11,600 emergency visits each year. And while the Kosovo C project has stagnated for over a decade -- accruing millions of dollars in sunk costs -- it is now undergoing its final environmental impact assessment, and the World Bank will likely vote on whether to authorize the project in fall 2015.

Local environmental advocacy groups like Kosovo's Civil Society Consortium for Sustainable Development (KOSID) and international groups like the Sierra Club are advocating for cleaner, cheaper energy alternatives to the proposed plant. These groups point out that the proposed Kosovo C plant fails to comply with the Obama Administration's Climate Action Plan. Moreover, the Sierra Club states in a report that the World Bank's "expert panel failed to adequately address several areas of non-compliance with the Strategic Framework for Development and Climate Change (SFDCC) criteria. Specifically, the Kosovo Power Project does not meet the SFDCC criteria with respect to: development impact; assistance for low-carbon alternatives; assessment of efficiency options; assessment of externalized costs; and potential support for incremental costs."

The World Bank's proposed coal-fired power plant also complicates Kosovo's future as a potential member state of the European Union. This is because the country would struggle to meet ever-increasing EU renewable energy standards. At this stage, it is fair to question what it will take for Kosovo and the World Bank to reach an inflection point and consider more economical alternatives to coal. 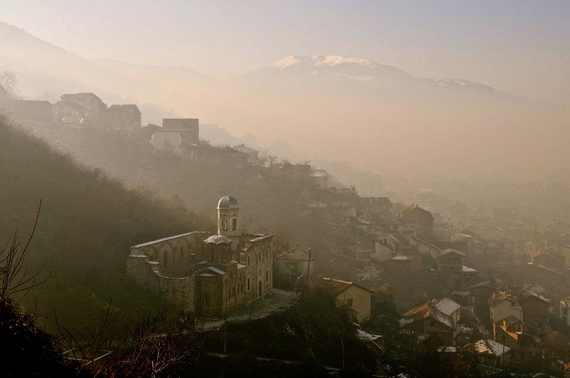 For the past four years, the World Bank has eschewed investments in new coal facility generation, which is unequivocally a positive development. However, the proposed brown-coal fired plant uses one of the lowest grades of combustible rock, producing more carbon dioxide emissions and volatile matter than any other grade. In addition, it would be located only six miles from Pristina, Kosovo's most densely populated city. In this light, the Kosovo C Plant threatens to roll back recent gains the World Bank has made in its commitment to financing cleaner energy.

I visited Pristina in 2012, and it was clear then that the public health threats are real. Reckoning with the thick fetor of coal and the feeling of inhaling diluted soot when walking around town was an unfamiliar challenge. At the end of my trip, I had the luxury of being able to leave the city, but for the 198,000 residents who live in Pristina, long-term exposure to particulate matter build up is an everyday reality.

Back in California, a region with the some of strictest air quality requirements, Dr. Daniel Kammen, a UC Berkeley professor and former World Bank clean energy consultant, makes the case for adopting clean energy in Kosovo. In each scenario that his team modeled, they found that coal is more expensive to produce in the region than an amalgamation of renewable energy sources, such as: wind, solar, biomass, hydropower and potentially geothermal energy. "While the Kosovo story itself is significant, all of the nations in this part of Eastern Europe are dealing with 1950's Soviet era technologies and are seen by some as a region of laggards, but really this could be a region of clean energy leaders," said Dr. Kammen, as he addressed an audience of academics and professionals at an event in February. Right now, Kosovo sits astride vast potentials for alternative energy sources; it's just a matter of taking the first step.

Ten years ago, coal was the most affordable resource used to create energy security for Kosovars, which may be why the World Bank first considered the Kosovo C coal plant. Today, Kosovo has access to cost-effective clean energy alternatives that both address energy security and create new vehicles of economic growth in the face of climate change. With the average coal-fired power plant lasting up to 50 years and causing an array of local environmental and human health issues, I hope this isn't the energy legacy the World Bank wants to leave behind in Kosovo. 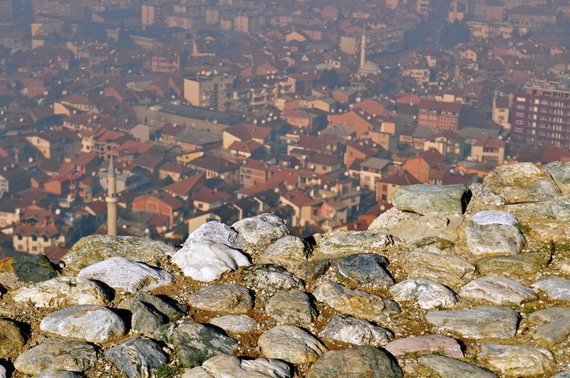