UPDATE: Kourtney reportedly took to Twitter Wednesday morning to deny the engagement story. The tweet is no longer on her Twitter page, but according to Us Weekly she wrote, "WOW!! Where do the mags come up with this stuff? And claiming exclusives? Come on now."

A 'Kourtney & Kim Take New York insider told Us Weekly, "We WISH they would get engaged! But no news yet...They have promised to let us know if and when they pop the question!"

You may have to tune in to the show's finale to see whether the rumor is actually false.

PREVIOUSLY: Kourtney Kardashian is engaged and the proposal was caught on camera for her reality show, Life & Style reports. She and longtime boyfriend Scott Disick have a son, Mason, born in December 2009.

Kourtney recently talked about her family's trouble warming to Scott, whose violent behavior once elicited an OJ Simpson comparison from her mother.

Another Kardashian sister is off the market. Life & Style can exclusively reveal that Scott Disick popped the question to long time girlfriend Kourtney Kardashian and she said, "yes!" The romantic moment was all caught on tape for the season finale of Kourtney and Kim Take New York.

"The season finale, which has already been filmed, ends with Scott proposing and Kourtney accepting," an insider close to Kourtney tells Life & Style, confirming that the once rocky couple is officially engaged. "It's been really hard for them to keep it quiet. She's so excited for the finale to air this April so she can finally go out in public with her ring on. She wears it at home all the time."

The Kardashian clan has finally warmed up to Scott, accepting him into their close-knit crew, but don't expect them to spill Kourt's exciting news anytime soon. "The family is really happy about Scott and Kourtney's engagement but they're trying to keep it a secret so it's a huge surprise on the show," a second insider tells Life & Style.

So while Kourtney remains mum on the engagement for now, she tells Life & Style there's lots ahead to be excited about for her and sister, Kim - who is dating basketball player Kris Humphries. "We have a lot of things going on and a lot of things to look forward to, too. I think life can only get better for us," Kourtney told Life & Style at the QVC 25 to Watch party on Feb. 11 in NYC. 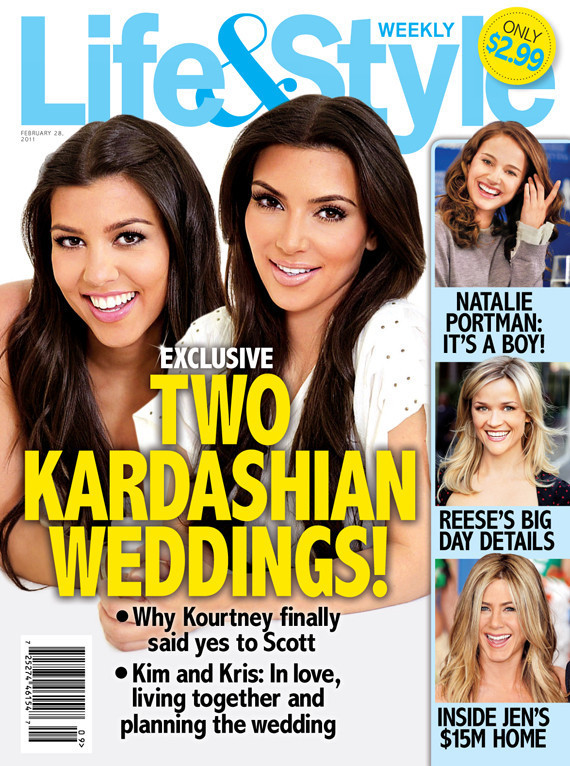