Season two of "Kourtney & Kim Take New York" premiered on Sunday night, and the Internet has been abuzz ever since, pointing out all the subtle hints that trouble was brewing in Kim & Kris' marriage from day one.

But as far as we're concerned, the marriage was an obviously scripted stunt all along. After all, season two of a series is all about heightening the tension, and what better way to do that than to throw in a rocky marriage storyline. Moreover, there was simply no other way this show could go.

Don't believe us. That's ok, we have created a helpful venn diagram to clear things up. You see, to understand a reality TV star, you have to think like a reality TV star. If you take a closer look at who Kim Kardashian is and where she is in her "career," you quickly realize that this was the only possible storyline for season two. 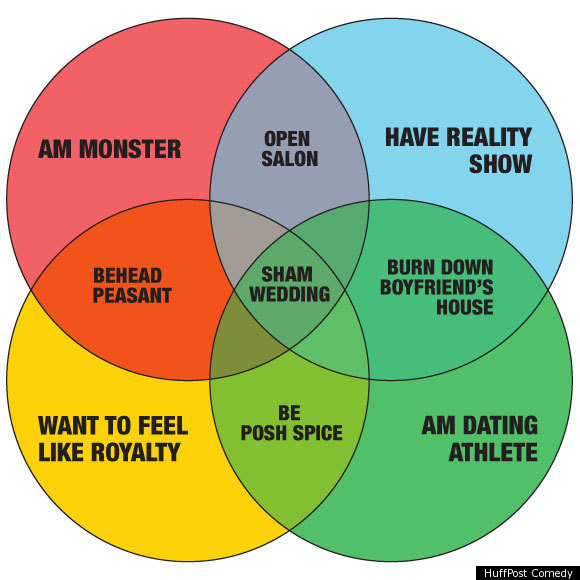