Fact: The cameras love the Kardashians -- but do the Kardashians love the cameras? Most people would argue that they do. After all, they are the stars of several reality shows, and it seems like everyday, a Kardashian is photographed doing something, from grocery shopping to walking down the street and even heading off to cheerleading practice.

But has one Kardashian finally had enough of the cameras?

At a Playstation event, to celebrate the launch of Uncharted 3 (Sept. 14), Kourtney Kardashian told The Huffington Post that, "it's especially hard to relax while we're filming." Kardashian was so overwhelmed that she was literally "having a panic attack" yesterday.

The eldest Kardashian sister is currently in New York celebrating Fashion Week -- and her youngest half-sister's first walk down the runway.

Kylie Jenner, 14, made her catwalk debut walking in Avril Lavigne's show for her rocker-girl clothing line Abbey Dawn. It was a family affair with Kourtney and Kim Kardashian and Kendall Jenner sitting front row, along with half-brother Brody Jenner.

“We had so much fun," said Kardashian. "We’re always big supporters of whatever one of us is doing, so we all were there. We wouldn’t miss it. It was just so much fun cheering her on and watching her walk out. And she rocked it. She looked great in the outfit, and she had so much confidence. We always support each other -- no matter what.”

As for next season's New York Fashion Week, Kardashian would love to see her and her sisters' Kardashian Kollection debut in the tents.

“I think that would definitely be a dream -- maybe next season,” Kardashian coyly said. “That would be so amazing to have my sisters' walk. We would have to do that. It would have to be them.”

Meanwhile, the reality star is currently filming season two of her hit E! reality series, "Kourtney & Kim Take New York." And with all of the cameras constantly following her, it sometimes makes this Kardashian feel unsettled.

“I was having a moment yesterday," said Kardashian. "I was really having a panic attack. When we were driving, it was gridlock traffic, and everywhere I looked, there were just so many people. I was just like, there’s nowhere to go. I need a place to go to take a deep breath. I think it’s especially hard because we’re filming too, so even when I’m in my hotel room -- which is where people normally can relax -- there’s a million people, and crew everywhere. So it was a tough day yesterday. When every moment is constantly being filmed, it's hard to relax.”

Yet, all of the craziness makes her appreciate the quiet time she spends with boyfriend Scott Disick and her one-year-old son Mason even more special.

"Last Sunday was my first day off in two weeks, so it was just nice to relax," said Kardashian. "Mason, Scott and I went to visit Scott's parents in the Hamptons and literally did nothing but go to the park and relax and play."

And if you think this busy mom looked camera-ready on her day off, think again.

"The only thing I packed was a t-shirt, jeans, flats, no make-up, just put my hair in a bun and had a pair of sunglasses. It was amazing."

Check out some of Mason Dash Kardashian's cutest moments below! 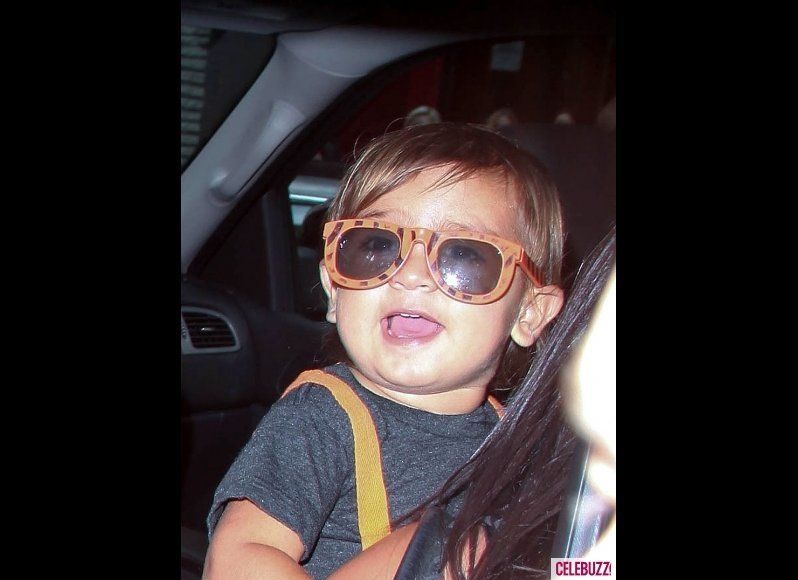