It is said by some of the smartest technologists in the world today that exponentially emerging technologies are leading to overlapping revolutions in biotechnology, nanotechnology, and perhaps most importantly, artificial intelligence and robotics -- the last of which will soon surpass human intelligence. Once this happens, experts predict, this non-biological intelligence will be able to upgrade itself ad infinitum. What may emerge from this phase-change in the evolution of intelligence, is by all accounts runaway evolution on hyper-speed -- an intelligence that will saturate the universe, or to use famed futurist Ray Kurzweil's term, these digital minds will "impregnate the universe with intelligence."

A potential break in the human continuum serves as the backdrop to my dear friend and fellow filmmaker Ayoub Qanir's latest film project. In development for two years, Koyakatsi is equal parts science and art -- a mind-bending marriage of grit, fantasy and style. The importance of aesthetics has never escaped Ayoub -- who for years has developed a unique vision and taste that he injected into his film. Koyakatsi was filmed in Poland, using the latest in digital 3D technology and promises to be a visual treat.

I had the chance to catch up with Ayoub and ask him about what he hopes to explore in his film.

1) Cinema is the best tool we have for telling stories and exploring scenarios. What makes Koyakatsi different from other sci-fi films?

I like to think of Koyakatsi as a fresh new concept -- most interesting films, I find, are the ones that expose new information to the audience coupled with elements of appeal -- from day one, I wanted for this project to be built around an original blueprint. The primary objective was to work against the grain; Building a story from the sciences-up and not the other way around, as most films do.

It all began about three years ago with a small research I started, titled; Survival: The Ultimate Equation; The essence of breeding programs and conceiving of digital gene pools. This paved the way for the story and plot line -- allowing for the film's threats to be relevant and for the scenario to be filled with current scientific research projects and most recent military and scientific developments. Our robot MC-155 (Dreadknight), was a direct inspiration from a current and ongoing research program funded by DARPA and executed by Boston Dynamics, a small engineering company based out of Massachusetts. Launched over two years ago, their cheetah prototype is a four-footed robot that gallops at 18 mph, a land speed record for any legged machine. Additionally, our main character MV-17 (Crusher) was based on the research paper: Method of Edge Waves in the Physical Theory of Diffraction published in 1962 by Piotr Ufimtsev. That is the same stealth technology applied by Lockheed Martin on their chef-d'oeuvre jet fighter, the F-117 Nighthawk.

More importantly, in our film, we are basing our achievement of Artificial intelligence not on mere fantasy but on actual new research currently in development by The University of Leeds in the UK and Tokyo University; where they are constructing biological computer hard drives by harnessing the help of magnetic bacteria.

As part of our added-value efforts, we are also launching an experimental initiative. Koyakatsi University is a mobile application that will offer all fans and visitors a selection of free academic courses in artificial intelligence, robotics and mechanical engineering from prestigious institutions such as MIT, Harvard and Stanford. 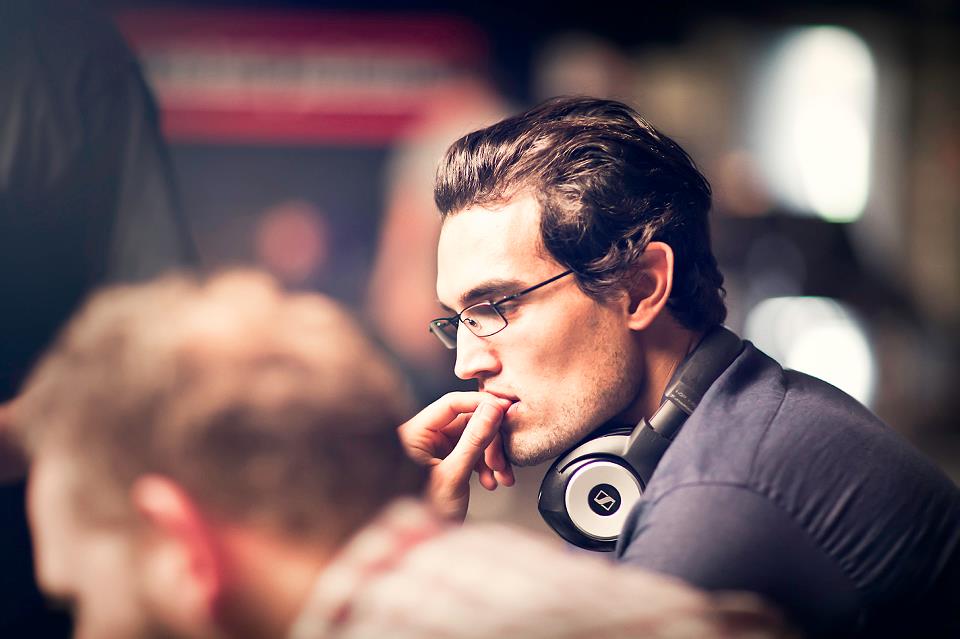 2) Tell us about your process and how you filmed in Warsaw, Poland?

It all started 16 months ago when we first commissioned Swedish painter Kilian Eng to draw up our scenes and handle our storyboarding -- together we envisioned and built the world of Koyakatsi. Then came Toxic, a great studio from Oslo who helped us develop and conceptualize all of our graphics and title sequences. We then hired composer Kodi Najm who started work on our main theme and original soundtrack design. Once our pre-production was finished, we were ready for principal photography -- we started building all of our assets in Poland with our local producing partner; Brasil SP, under executive producer Dominik Tomasik and vfx supervisor Artur Szymczak. Eight months later, we were ready to start filming in Warsaw where we spent two long and challenging months. All of it was a great yet demanding experience.

3) We all know that information technology is evolving at an exponential rate, and that sooner than later, smarter than human intelligence will emerge -- does this excite your imagination or make you anxious?

Well, the exponential acceleration of our information technology and of our processing mechanisms certainly raises the notion of the soon to be born enhanced intelligence -- which in my perspective is a much more friendly term and one inviting a hopeful future for our next generations.

Moreover, I believe this advanced intelligence should not be thought of as a separate organism, but rather an extension of our instincts and ambitions. So, yes I am certainly looking forward to it.

4) In your film, Koyakatsi, a computer program of unknown origins wreaks havoc across the world -- Hollywood has constantly painted a dark picture of a future "where robots disobey and take over." Why make another film serving as a cautionary tale? Do you think AI's will turn against humans?

The subject is indeed of extreme relevance to our generation now more than ever before; when modern warfare and cyber weaponry allow for highly specialized malware like Flame or Stuxnet to infiltrate and ravage through a nation's entire industrial systems or nuclear program.

Just recently, U.S. defense officials warned of the severity of cyber threats on all major U.S. computer systems and further suggested that malicious cyber activity is occurring on an unprecedented scale with extraordinary sophistication. Officials also suggested that today an enemy country could deploy hackers to take down U.S. financial systems, communications and infrastructure at a cost far below that of building a trillion-dollar fleet of fifth-generation jet fighters. Certainly, the recent creation of the new U.S. Cyber Command shows that the U.S. military is taking these dangers quite seriously.

Our film sheds light on these new warfare elements and vulnerabilities in our systems. And so, as these threats continue to expand, so does our vital responsibility to inform and be informed of the technologies fueling them -- as does the need for sophisticated films depicting the realities behind them.

Furthermore, we can never know with certainty what contingencies could emerge out of pushing the boundaries of digital organisms; but what we can do is advance cautiously and be prepared for any possible outcome. 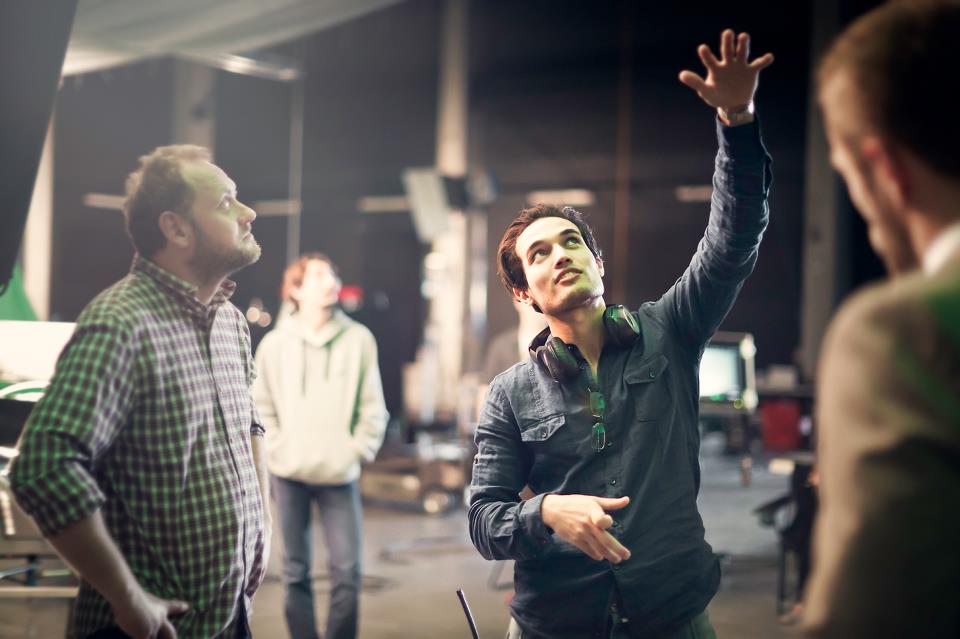 5) Some people think that artificial intelligence is just the next stage of our evolution -- and therefore, perfectly natural. What is your view?

I am a firm believer and advocate of this ambitious undertaking. In fact, I chose Enter the Civilization of Light as our main film tag to engage the audience in the subject of what enhanced intelligence means to our species, and what new visions and perspectives it may offer. We are exposing the audience to the notion that this may be our natural next frontier -- allowing us the opportunity to explore the far edges of the universe beyond our human limitations. Just as Dr. Daniel Hillis diligently expressed, "I'd like to find a way for consciousness to transcend the human flesh. Building a thinking machine is really a search for a kind of earthly immortality."

6) What do you hope to achieve with your film? Will people just be entertained or do you want them to come away with a specific message?

We see Koyakatsi as a new idea in the market, an opportunity to enhance the film experience with educational value. We are proposing a relevant and sophisticated approach to the narrative -- utilizing all new media surrounding our daily lives today to engage the audience further and offer them greater stimulation. We hope to be part of something new.