Pretty heavy introspection and melodrama are at the top of a 30 second spot pushing Kraft's latest snack venture-the Milkbite. According to their website, the Milkbite "combines real milk with whole grain granola and other tasty and nutritious ingredients, providing the same calcium as an 8 oz glass of milk." Though it sounds delicious, controversy has been brewing around the bar's ad campaign, which chronicles the depressed life of an anthropomorphic milkbite named Mel. In the campaign, Mel is depicted as the child of Milk and Granola and having been born of such diversity, he is clearly confused, trying to figure out who he is and unsure of where he belongs. "Are you milk, are you granola?" Mel asks himself.

The campaign harkens the age-old tragic mulatto stereotype which has its roots in 19th century abolitionist literature. This archetype has endured through generation after generation of western pop culture. Bernardo Guimaraes' "Isaura," Fanny Hurst's "Peola," Phillip Roth's "Coleman Silk," and now Kraft's "Mel" all remind us of how, in much of our art, biracial children are almost always depicted as perpetually melancholy, ignored, confused, and ostracized by the communities for which they believe they should belong. The problem with this sort of homogeneous characterization has always been that it oversimplifies the complexities of what it means to be biracial by painting the characters biraciality as a constant source of stress and anxiety. That in turn reinforces the notion that miscegenation, and the children born of it, are inherently unhealthy.

I don't believe this was the intention of Kraft. I don't believe they sought to tap into this stereotype and wouldn't be surprised if they've never even heard of the tragic mulatto. Still, it's hard not to look shamefully at the company when in one of their ads the brown offspring of white milk and brown granola is telling his parents "You didn't think, did you? You didn't think what life was going to be like for me. For your son." And in another spot, his biraciality is compelling him to irrationally personalize the hardships of a fictional character he and his friends are discussing at book club. "He spent 30 years in a Siberian Prison!" the snacking white guy says. "Right and I was born in this prison," Mel retorts.

And as if that wasn't insensitive enough, as if the lines of race, commerce, and advertising weren't being blurred enough, the worst ad of them all depicts Mel on a blind date with a white woman. "I just have a question ... Your profile says you're milk?" she asks, interrupting Mel. "Uh huh, yup," he responds. "You just look like ... granola," she says confused. As Mel leaves, she calls after him "Please don't go, I'm ... I'm ... I'm kinda into it." Into what we have to wonder? What exactly are we talking about here?

It's one thing for artists to attempt to depict the biracial experience in their works. We all shed a tear as Fredi Washington's Peola cried, begging her mom for forgiveness in the film adaptation of Imitation of Life. And it wasn't hard to appreciate Drew's plight as a woman struggling with her light skin in Spike Lee's Jungle Fever. These depictions of the tragic mulatto, while myopic and stereotypical, at least attempt to address the nuances of the character's struggle in a humanizing way. But when you're talking about a product that a multibillion dollar company is trying to sell, when you're talking about a Milkbite struggling with the fact that his mom is a glass of milk and his dad is a bowl of granola, you begin trivializing the lives and experiences of millions of biracial folk everywhere.

Personification for the purposes of advertising is nothing new. In that way, this ad series isn't very groundbreaking. But when you personify an already stereotypical plight, and when you do so with the insensitivity that Kraft has, you're treading dangerously close to advertising infamy. Kraft has sent direct responses to individuals who've complained about the ad on their Facebook page, and that's a start, but if they really want to do the right thing, they should consider pulling the "Mel the MilkBite" campaign in its entirety. 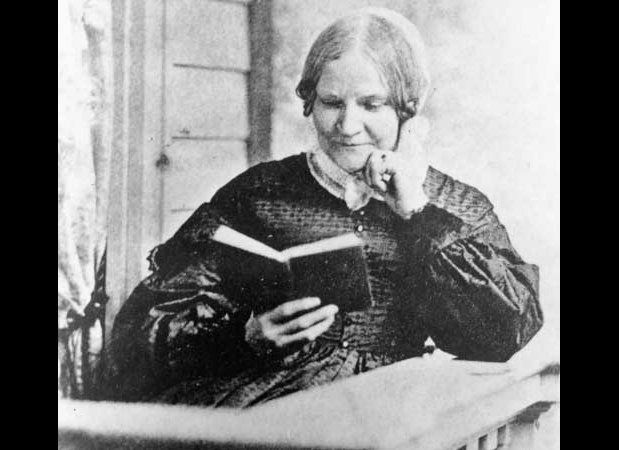 1 / 6
Lydia Maria Child
Noted abolitionist author Lydia Maria Child is generally credited with being the first author to use the "tragic mulatto" archetype in her 1842 short story <i>Quadroons.</i>
<a target="_blank" href="http://commons.wikimedia.org/wiki/File:Lydia_Maria_Child.jpg">MediaWiki:</a> <a target="_blank" href="http://commons.wikimedia.org/wiki/User:Thyra">Thyra</a>