Are we living in the future that Kraftwerk once imagined?

It's become something of a cliché to say so, now that the German pioneers of electronic music have been inducted into the art-world canon thanks to an eight-date engagement at the Museum of Modern Art that wraps up Tuesday.

But what do we really mean when we say that Kraftwerk predicted our present?

Certainly, today's music owes a debt to the music Kraftwerk -- and Kraftwerk alone -- was making back in the 1970s and early '80s. It's compulsory to mention that hip-hop founding father Afrika Bambaataa sampled Kraftwerk in his early track "Planet Rock," but Kraftwerk's influence can be heard everywhere from Coachella's Sahara tent, where the festival's biggest house and dubstep DJ's perform, to Top 40 radio, where Rihanna, Nicki Minaj and Katy Perry can be heard crooning over synthetic bloops and blips.

(I can remember hearing Fatboy Slim's subtly sampled "Praise You" not long after it came out -- sometime in 1998 -- and thinking, "My God, everything has changed. No one will ever settle for music made without digital trickery again." Of course, I was wrong -- but not entirely. And even though that was 14 years ago, it was also almost a quarter century after Kraftwerk released its groundbreaking album, Autobahn.)

Kraftwerk's Rolf Hütter is too smart to claim credit for inventing electronic music. "We're the antenna catching information, the transmitter giving information, back and forth," he told The New York Times in a recent interview. But Kraftwerk gets credit for being first. At a time when music's biggest names were rocking arenas, igniting disco infernos, hopping the soul train or leaving the lite on, Hütter and his bandmates (he's the only original member left) were trying to sound like computers.

What made them do that?

For one thing, they needed a differentiator -- what used to be called gimmick. No one else was making pop music that sounded like it originated on a mainframe. But it's also true that, for Germans in the 1970s, looking forward was probably a lot more fun than looking back. If the past was defined by political catastrophe, and the present by tension and division, perhaps the future would be better. And if it wasn't going to be better -- was, in fact, going to be even worse -- who better to warn of the dangers than four Germans whose society had been through the fires of hell?

On their song "The Man-Machine," released in 1978, they left open both possibilities, describing the titular being as both "pseudo human being" and "super human being." In an age that encompasses the pettiness of Twitter fights and the promised magic of Google glasses, that sounds about right. In a recent TED speech, the sociologist Amber Case came out and said that "we are all cyborgs now." Hard to argue with that logic when so many of us are incapable of settling an argument -- or driving 5 miles -- without consulting a smart phone.

Even sex has increasingly become an act that happens not between two people but between one person and a computer. "Guys my age watch so much pornography," Lena Dunham, the 25-year-old creator of the new HBO series Girls, recently told The New York Times. And that steady diet of full-color fantasy is having complicated effects on real-life relationships -- ones we probably won't understand until they're just ... the way things are.

Watching Kraftwerk's mesmerizing presentation on Saturday night -- the four men performed, unsmiling, in front of a giant projection of 3D animations -- I had two, intertwined realizations. The first is that Kraftwerk was indeed right (as were, to be fair, plenty of other people): under the influence of technology, the human race is morphing into something new and strange. We're part of the way through now, but my guess is that the journey has just begun.

The second is that I'm not scared by this. In fact, I find it exciting. Sure, there are disturbing implications, most of which have been mapped out by science-fiction writers and professional doomsayers. But if the human brain is, ultimately, a very powerful computer, then we've always had a bit of a man-machine quality to us -- one that set us apart from our fellow grunting beasts on the savannah.

And if the choice is between testing the limits of what we can accomplish using digital technology and sitting around wishing things were like they used to be, I'll take the former any day of the week.

After all, just as Kraftwerk's once-radical style now sounds familiar and comforting, there's little doubt that the changes that throw us off balance right now will someday seem quaint and charming.

Or, to put it another way, today's Brave New World is tomorrow's good old days.

PHOTO GALLERY
Kraftwerk At MoMa
Download
Calling all HuffPost superfans!
Sign up for membership to become a founding member and help shape HuffPost's next chapter
Join HuffPost
Voting Made Easy
Register to vote and apply for an absentee ballot today
Register now 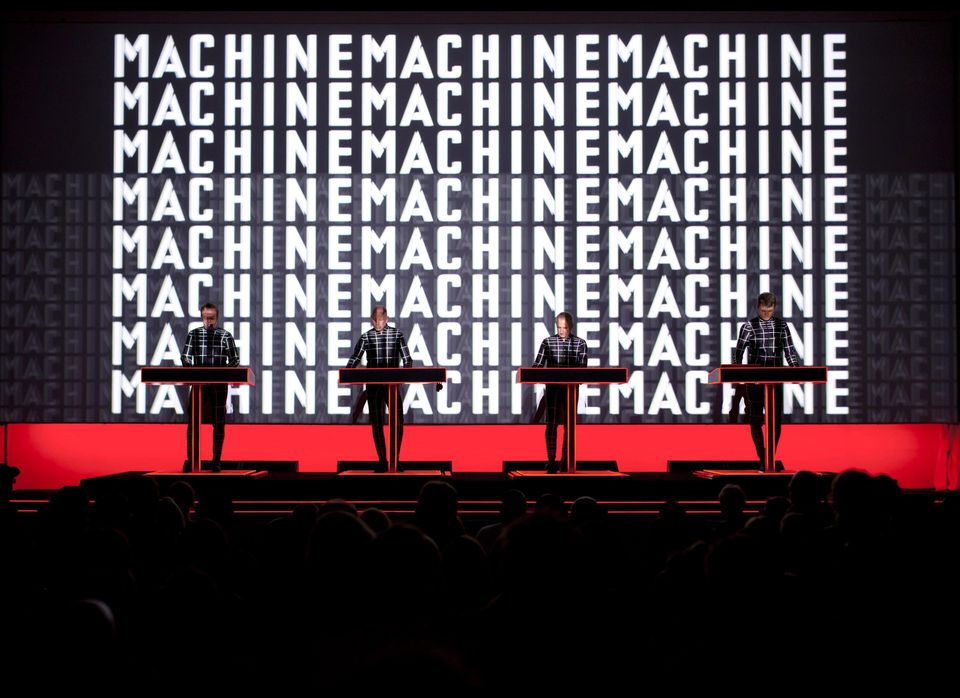