Santa Claus isn't the only one coming to town.

In some cultures in eastern Europe, he is accompanied by Krampus, a horrible monster that's pretty much the exact opposite of jolly old St. Nick. Instead of giving presents to good kids, Krampus snatches the bad ones.

On Saturday, the village of Kaplice in the Czech Republic celebrated what just might be the creepiest Christmas tradition ever with a parade of people dressed as Krampus:

While Krampus festivals have been celebrated for generations in the Tyrol region of Austria, they are becoming increasingly popular in the Czech Republic.

“There are a lot of different stories or tales about what Krampus will do to you if you are naughty,” Molli Bauke, a resident of Vienna, Austria, told the Orion. “But, he travels with a broom-type thing to hit kids with.”

The "broom-type thing" is usually a bundle of sticks.

A Krampus festival in Austria got out of hand earlier this year when at least one of the actors began beating people with the sticks. Five teens sustained injuries.

"My daughter now has a cast on her right hand, both her feet are covered with welts and are swollen and bloody," an angry parent told the Local. "This violence has nothing to do with tradition."

The Krampus costumes at the Kaplice parade were quite elaborate. Getty Images reported that they were often made of sheep or goat skin, and had large cowbells attached to the waist.

Krampus had origins in pagan traditions in Germany, where he was originally one of the sons of Hel, the Norse god of the underworld, Smithsonian magazine reported.

Since Krampus was so downright terrifying -- especially to those who were not familiar with the festival -- officials in one Austrian community visited newly settled Syrian and Iraqi refugees to let them know "what to expect when St. Nicholas and the Krampus creatures knock on their door," social worker Nicole Kranebitter told NBC News.

She said the newcomers had "lots of fun" with the celebration.

This year, Krampus has received a little more attention than usual with the release of the holiday horror-comedy film "Krampus." To date, the movie has earned more than $28 million at the box office. 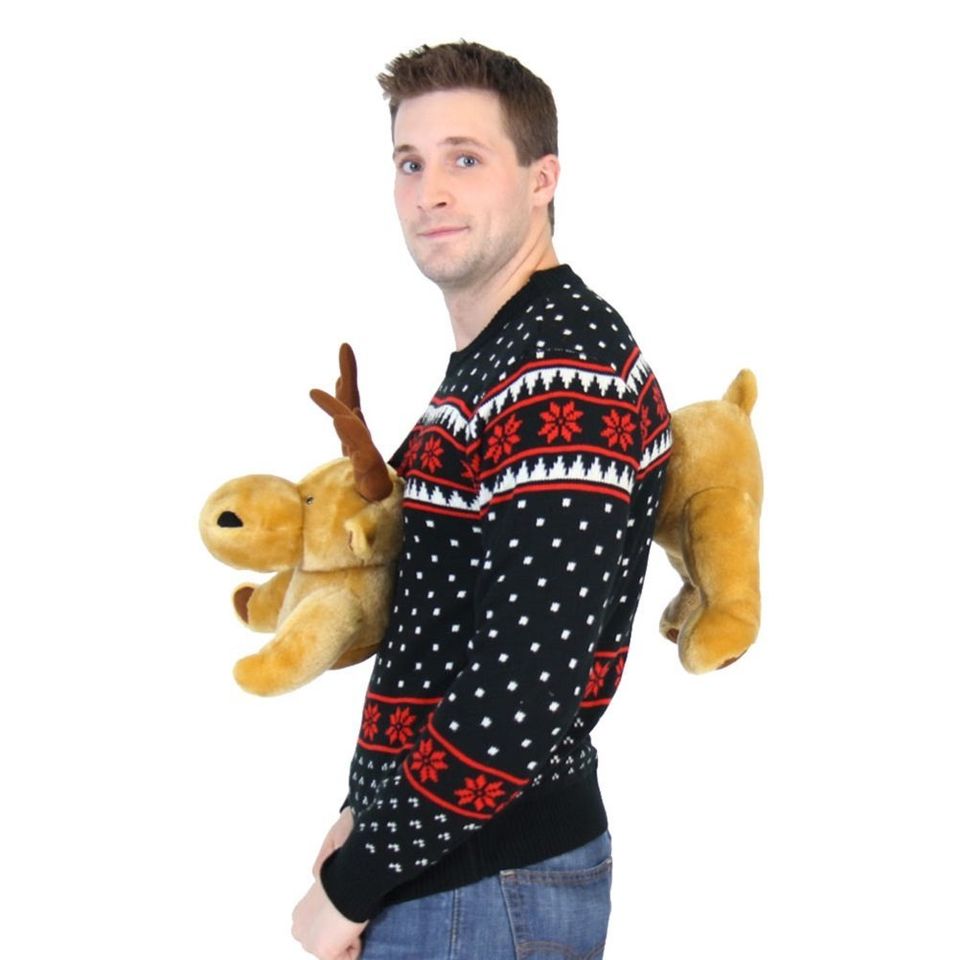 1 / 34
3D Plush Sweater
Grandma got run over by a reindeer? Child's play. Wait until you relate the gripping story of how <a href="http://www.uglychristmassweater.com/shop/black-3d-sweater-christmas-plush/" target="_blank">a reindeer ran into you</a> on the way to this Christmas party. I smell a winning sweater. Wait, I think I'm smelling something stinkier. <a href="http://www.uglychristmassweater.com/shop/black-3d-sweater-christmas-plush/">($67.95, UglyChristmasSweater.com)</a>
UglyChristmasSweater.com