Las Vegas residents will no longer have to wait until Pride or Cine Kink, or even for Hollywood to see a lesbian, gay, bisexual or transgender-themed flick.

Hailed as the world’s largest gay nightclub, Krave Massive will gain a new addition this spring, a LGBT movie theater, reports Las Vegas City Life. Named after its sponsor and studio, Guest House Theatres at Krave Massive (which is located in downtown Las Vegas) will feature new and repertory gay titles Wednesdays through Saturdays, along with occasional screenings featuring filmmakers and cast members.

“This is an exciting opportunity not only for Las Vegas moviegoers to see a wide variety of LGBT films on the big screen, but also for filmmakers to secure a theatrical screening for their work and reach a new audience outside of the traditional film festival circuit,” Guest House Films co-founder Rob Williams is quoted by Queerty as saying.

Club owner Kelly Murphy plans to retain two of the theater auditoriums from the Galaxy 11 cineplex. Located on Las Vegas’ historic and popular Fremont Street, the multifaceted attraction also houses Kelly’s drag queen bowling alley, Drink and Drag, HuffPost Gay Voices reported last year. Murphy is aware that it might be tough to snag tourists away from the strip and into downtown, but it’s only a 10-minute drive from the strip and four shuttles will carry visitors throughout the night.

The announcement comes on the heels of a steamy new ad campaign aimed at attracting more LGBT tourists to Sin City.

Check out images from that campaign below: 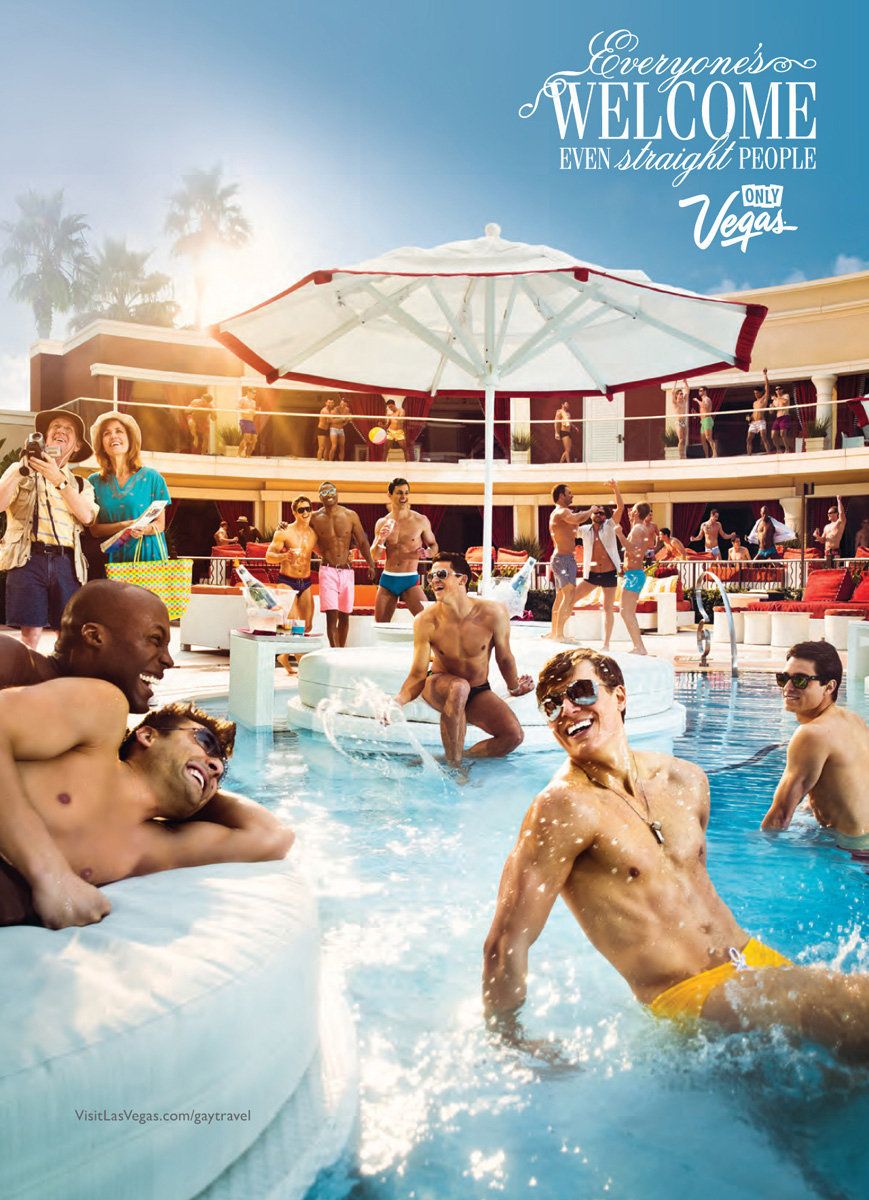