A Russian state service in charge of safeguarding Kremlin communications is looking to purchase an array of old-fashioned typewriters to prevent leaks from computer hardware, sources said Thursday.

The throwback to the paper-strewn days of Soviet bureaucracy has reportedly been prompted by the publication of secret documents by anti-secrecy website WikiLeaks and the revelations leaked by former US intelligence contractor Edward Snowden.

The Federal Guard Service, which is also in charge of protecting President Vladimir Putin, is looking to spend just over 486,000 rubles ($14,800) to buy a number of electric typewriters, according to the site of state procurement agency, zakupki.gov.ru.

"This purchase has been planned for more than a year now," a source at the service, known by its Russian acronym FSO, told AFP on Thursday.

The notice on the site was posted last week. A spokeswoman for the service declined comment.

Pro-Kremlin newspaper Izvestia said the state service was looking to purchase 20 typerwriters because using computers to prepare top-secret documents may no longer be safe.

"After scandals with the distribution of secret documents by WikiLeaks, the exposes by Edward Snowden, reports about Dmitry Medvedev being listened in on during his visit to the G20 summit in London, it has been decided to expand the practice of creating paper documents," the newspaper quoted a FSO source as saying.

Unlike printers, every typewriter has its own individual pattern of type so it is possible to link every document to a machine used to type it, Izvestia said.

Documents leaked by Snowden appeared to show that Britain spied on foreign delegates including then president Dmitry Medvedev at the 2009 London G20 meetings, said British newspaper The Guardian last month.

Russia was outraged by the revelations but said it had the means to protect itself.

Snowden has been stuck in legal limbo at the transit zone of a Moscow airport for a third week after arriving from Hong Kong on June 23. 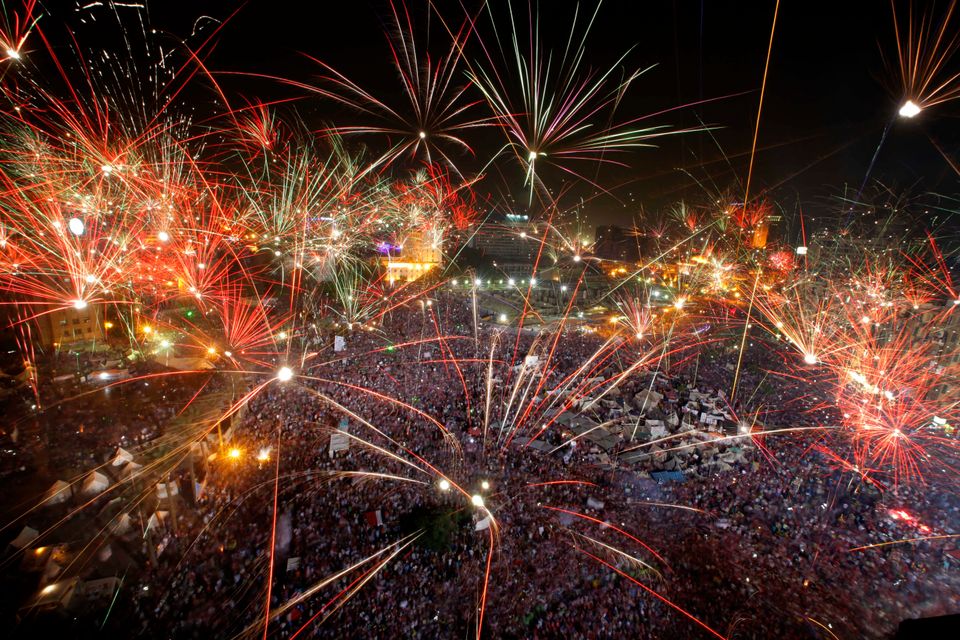 1 / 10
Fireworks light the sky opponents of Egypt's Islamist President Mohammed Morsi celebrate in Tahrir Square in Cairo, Egypt, Wednesday, July 3, 2013. A statement on the Egyptian president's office's Twitter account has quoted Mohammed Morsi as calling military measures "a full coup." The denouncement was posted shortly after the Egyptian military announced it was ousting Morsi, who was Egypt's first freely elected leader but drew ire with his Islamist leanings. The military says it has replaced him with the chief justice of the Supreme constitutional Court, called for early presidential election and suspended the Islamist-backed constitution.(AP Photo/Amr Nabil)
AP