In 2003, Kris Carr was diagnosed with a rare and incurable Stage 4 cancer, beginning a fight she would later document in the moving documentary "Crazy Sexy Cancer." Ten years after her diagnosis, she's still living with the disease and thriving. In the above video from "Super Soul Sunday," she reflects on how cancer led her on the most transformational journey of her life.

Carr says she had to give up thinking, "Until they say I'm perfectly healthy, I am broken." She says, "I looked around and decided that was a dragon that I would be chasing my entire life if I didn't change my thinking. Because I may never be healthy on paper, but I am well."

Carr has epithelioid hemangioendothelioma (EHE), a vascular cancer in the lining of the blood vessels.

Carr's 10-year checkup was this year, which she says she felt pretty anxious about. "I got some really shocking news," she says. "I found out that my tumors had started to shrink and I was just so joyful. I had released my need to be in remission for my own mental well-being. I had worked on truly loving what is, all parts of myself whether there were tumors or not."

Carr was diagnosed with epithelioid hemangioendothelioma (EHE), a vascular cancer in the lining of the blood vessels, at age 31.

"Life is a terminal condition. We're all going to die," Carr reminds us. "But how many of us will truly live, and live for ourselves first and foremost? Not for your spouse, not for your parent, not for your career, not for your illness, but live for you. That's the golden ticket." 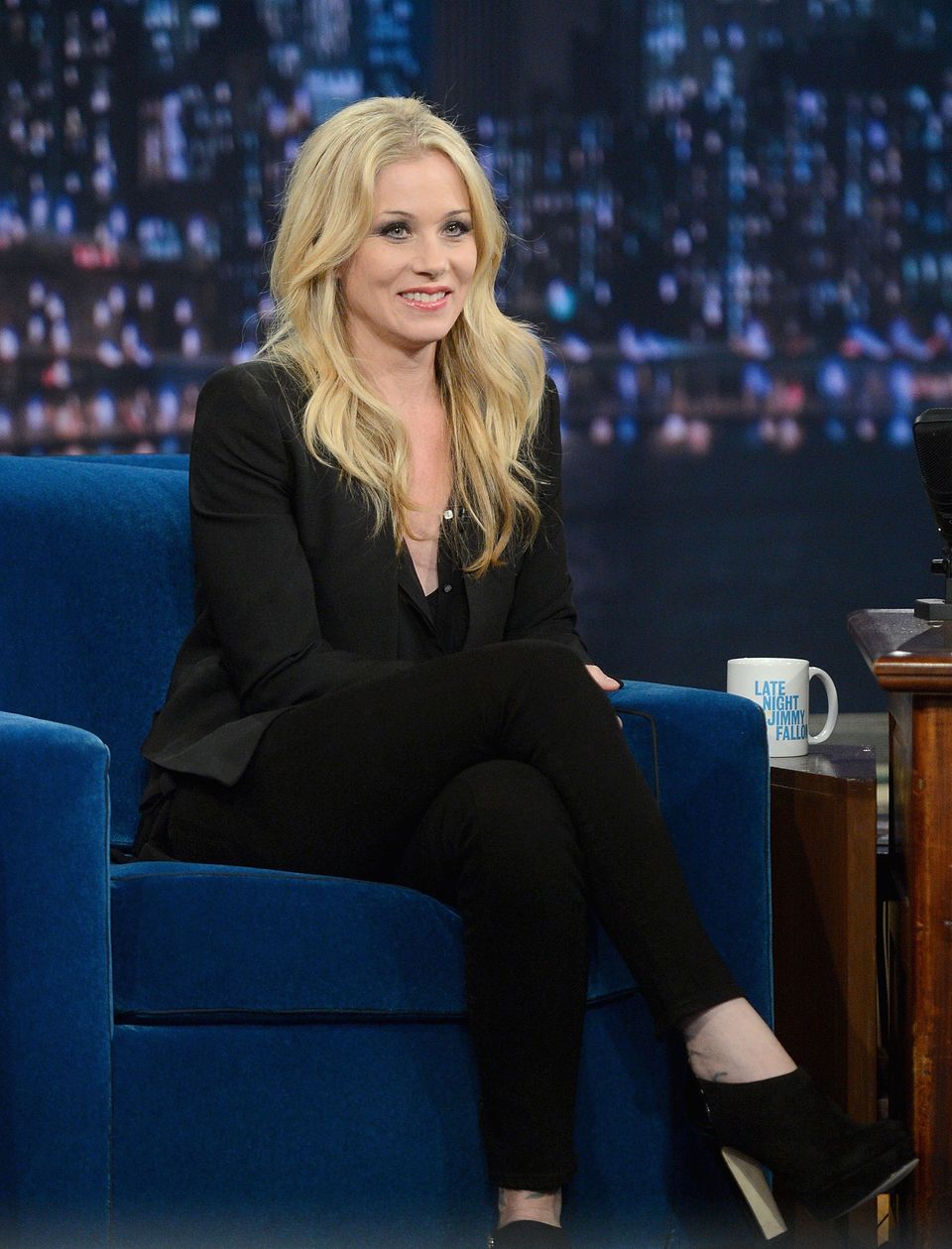 1 / 10
Christina Applegate
The actress was diagnosed with breast cancer at age 36 in 2008. One month later, after learning she had tested positive for the BRCA1 gene (also known as the breast cancer gene), she underwent a prophylactic double mastectomy, rather than opting for radiation or chemotherapy, <a href="http://abcnews.go.com/GMA/story?id=5606034&page=1#.UMj-eHPjkgs">she told ABC's Good Morning America at the time</a>. "I didn't want to go back to the doctors every four months for testing and squishing and everything. I just wanted to kind of get rid of this whole thing for me. This was the choice that I made and it was a tough one," she said <a href="http://abcnews.go.com/GMA/story?id=5606034&page=1" target="_hplink">in the interview</a>. "Sometimes, you know, I cry. And sometimes I scream. And I get really angry. And I get really upset, you know, into wallowing in self-pity sometimes. And I think that it's all part of the healing." In 2011, Applegate <a href="http://www.people.com/people/article/0,,20466433,00.html">gave birth to her first child</a>, daughter Sadie. "She's healed me in so many ways," she told <em>People</em> magazine.
Getty Images