On the night of Nov. 9, 1938, gangs of Nazis attacked Jewish businesses and religious sites around Germany, destroying thousands of stores and synagogues. The violence would continue for nearly two days, and the Nazis chose to name it Kristallnacht or crystal night -- symbolizing the final shattering of Jewish existence in Germany.

Pretext for the spree of violence was the shooting of German diplomat Ernst vom Rath by a Polish-Jewish student, Herschel Grynszpan, on Nov.7. When the news of vom Rath's death reached Nazi headquarters in Berlin, the event was used to urge members to take to the streets and attack Jewish sites.

Take a look at photos from those fateful days in below.

By the end of Nov. 10, 7,000 Jewish businesses would be destroyed, 900 synagogues were torched, more than 90 people were killed and some 30,000 Jewish men were deported, PBS notes. 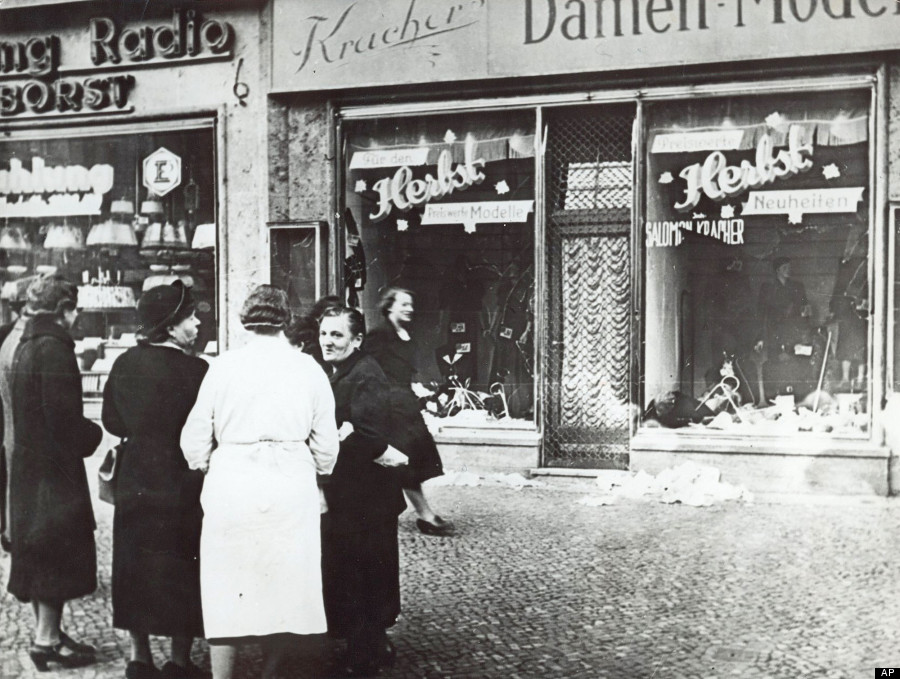 A group of people stand outside a Jewish-owned shop in an unnamed German town in November 1938, after the Kristallnacht, when Nazis thugs burned and plundered hundreds of Jewish homes, shops and synagogues across the country. (AP Photos) 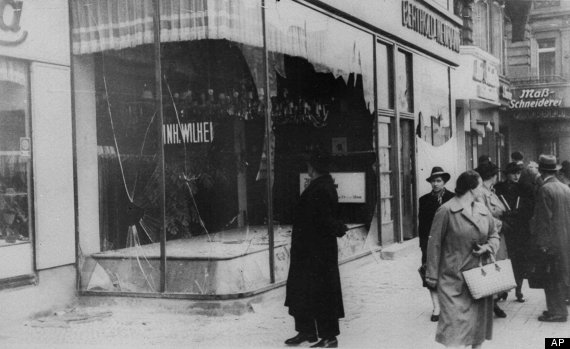 A pedestrian looks at the wreckage of a Jewish shop in Berlin, Nov. 10, 1938, the day after the "Kristallnacht" rampage, when Nazi thugs set fire to hundreds of synagogues, looted thousands of Jewish businesses and attacked Jews in Germany and Austria. (AP Photo) 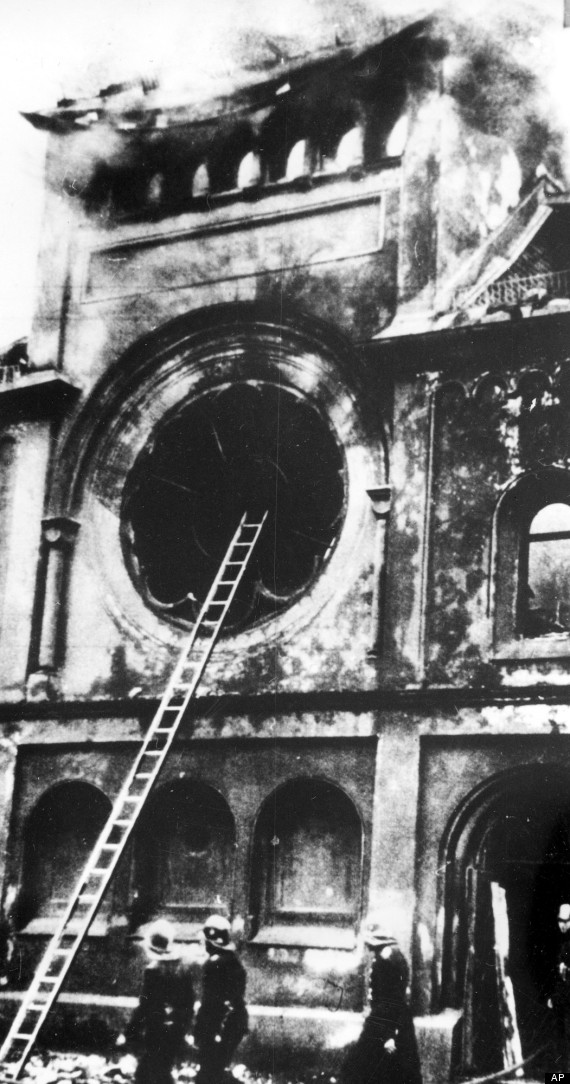 Firefighters are at the Fasanenstrasse synagogue, Berlin's biggest house of Jewish worship, after Nazis set fire to it in an anti-Jewish demonstration throughout Germany on Nov. 9, 1938. (AP Photo) 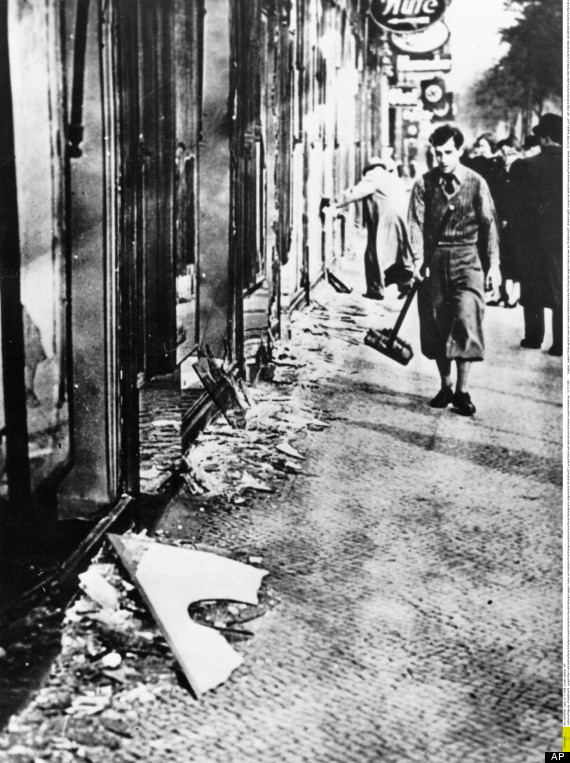 In this Nov. 10, 1938 file picture, a youth with a broom prepares to clear up the broken window glass from a Jewish shop in Berlin, the day after the "Kristallnacht" rampage, when Nazi thugs set fire to hundreds of synagogues, looted thousands of Jewish businesses and attacked Jews in Germany and Austria. (AP Photo, FILE) 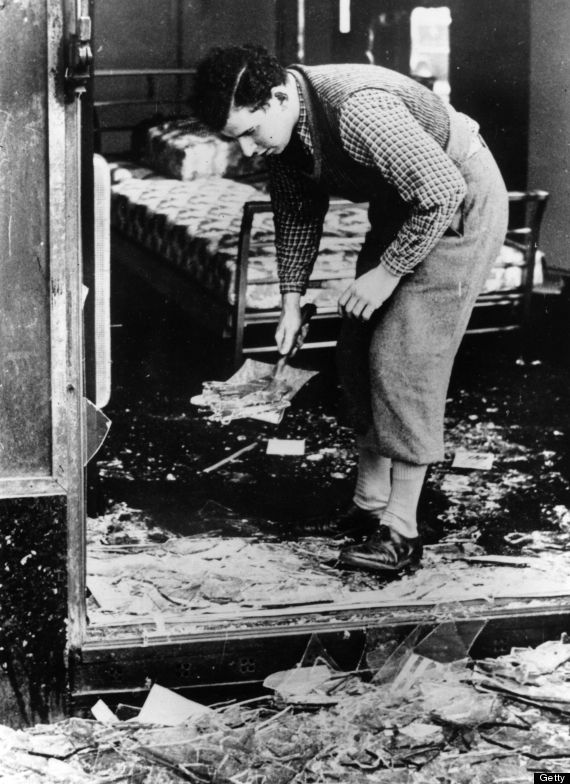 A worker clearing broken glass of a Jewish shop following the anti-Jewish riots of Kristallnacht in Berlin. (Photo by Hulton Archive/Getty Images) 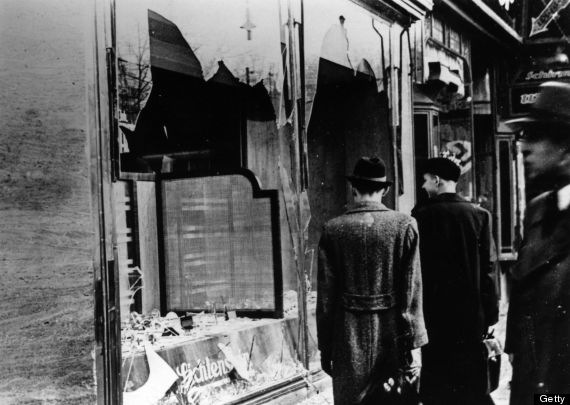 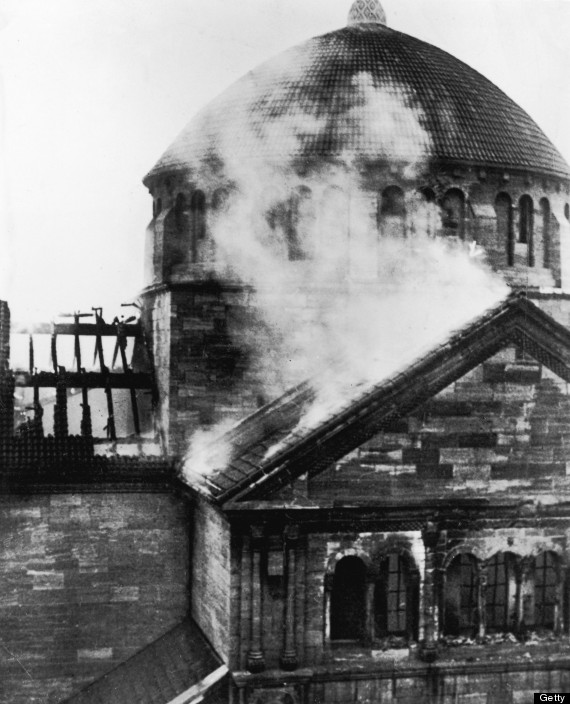 The Fasanenstrasse Synagogue in Berlin after it was set on fire by a Nazi mob during the 'Kristallnacht' riots, 9th-11th November 1938. (Photo by Hulton Archive/Getty Images)