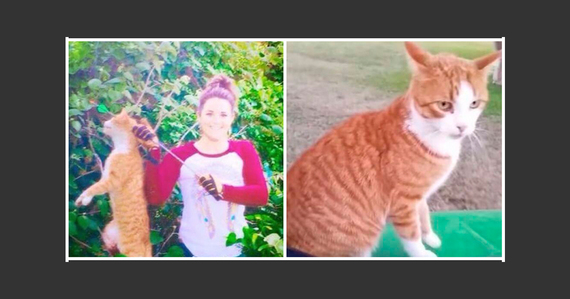 The public holds the veterinary profession in the highest esteem. We rely on veterinarians to help our treasured companion animals when they are hurt, sick, or facing the end of their lives. In our work at the Animal Legal Defense Fund helping prosecutors behind the scenes on animal cruelty cases, we frequently rely on veterinarians to help bolster these cases and provide crucial expert testimony.

We were horrified -- along with countless others across the country and throughout the world -- to learn that Kristen Lindsey had killed a cat with a bow and arrow in Texas in April 2015, and even bragged about it on Facebook. We at the Animal Legal Defense Fund unfortunately see a wide breadth of egregious animal cruelty situations in our daily work -- animals tortured, neglected, abandoned, and abused. But what sets the case of Kristen Lindsey apart is that she was a licensed veterinarian at the time of this horrific and heartless killing -- someone who had vowed under oath to protect animals and their welfare, and to prevent their suffering.

The Animal Legal Defense Fund sought to have Ms. Lindsey's license revoked, and filed a complaint with the Texas Board of Veterinary Medical Examiners ("the Board") last year. The Board decided to revoke her license, but Lindsey appealed the decision to a higher court. That administrative court (Texas State Office of Administrative Hearings) recently found after a thorough hearing that Ms. Lindsey had indeed committed felony animal cruelty by killing this cat without an owner's consent, yet those judges recommended that Ms. Lindsey face only a temporary suspension of her veterinary license. Throughout this administrative process, the Board had been adamant that Ms. Lindsey lose her veterinary license permanently, given the severity of the offense and her violation of the Board's rules of professional conduct.

Surprisingly, this week the Board sided with the Administrative Judges and imposed only a temporary suspension of Lindsey's license: a five-year suspension, during which Ms. Lindsey is only forbidden from practicing veterinary medicine for the first year. After that, Ms. Lindsey can practice under another veterinarian's supervision for the remaining four years of her suspension, and must complete continuing education in animal welfare.

To say that this outcome is disappointing is an understatement.

It is a privilege to be to be entrusted with animals' lives and care, as veterinarians are. Anyone who cares about cats -- all cats, regardless of their socialization and relationship with humans -- should be outraged as well. I am grateful to the attorneys at the Animal Legal Defense Fund for fighting for justice for Tiger. We will continue to fight for Tiger -- and other animals treated with such heartless cruelty.

Legally speaking, before rendering its decision, the Board discussed that it was bound by the Administrative Judges' categorization of Ms. Lindsey's actions as a Class B violation of its rules -- which carries a maximum penalty of only license suspension, rather than total revocation. But a Class A violation includes "engaging in practices which are violative of the Rules of Professional Conduct," and such rules prohibit committing a crime -- such as animal cruelty -- connected to the practice of veterinary medicine. The administrative court indisputably determined that Ms. Lindsey committed such a crime in this case. We have to ask -- if Ms. Lindsey's callous killing of a defenseless cat, and bragging about the killing as "vet of the year," does not rise to the level of this highest violation in an esteemed profession, then what does?

The Animal Legal Defense Fund will continue to pursue legal strategies that hold abusers like Kristen Lindsey accountable for their actions. Perpetrators of such unthinkable violence against animals are a danger to our communities -- and these animal victims deserve justice. We can't let the justice system fail them.