Whether or not Kristen Stewart will actually admit she's dating Robert Pattinson, one thing's clear in this new Elle photo spread: she doesn't need a boyfriend to star in a sexy couple-themed shoot. She'll play both roles herself.

KStew covers the June 2012 issue of Elle in a sexy Ralph Lauren dress, and on the pages inside, she swaps it out for a Balenciaga suit and slicked back hair.

Joe Zee and Tom Munro shot Stewart in Los Angeles for the Elle story, in which she finally addresses rumors about whether the gold band she's been sporting on her hand is from co-star Robert Pattinson: “Everyone wants to know. Everyone knows already—it’s ridiculous.”

But celeb gossip aside, Kristen, who's known for her fashion risks (see: Monday's Marchesa skeleton dress) didn't just do a regular old "pout for the camera" spread for the fashion mag. Instead, she poses in both debonair Balenciaga’s menswear looks with slicked back hair and in more feminine pieces from Prabal Gurung and Jason Wu.

Since her hoodie-wearing days in the first "Twilight" movie, Stewart has become something of a sartorial star: Glamour UK named her Best Dressed last year, and she sat front row at Balenciaga at 2012 Paris Fashion Week. And now, proving that she can rock a leather bustier AND a swaggering necktie? Girl's on a serious style roll.

Sneak a glimpse of Stewart's androgynous photo shoot below, and head over to Elle to see more images.

Scroll down for more photos! 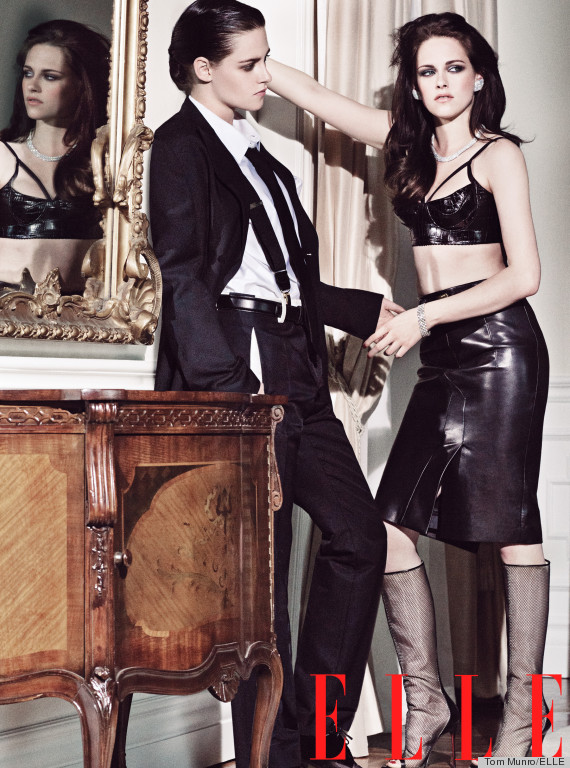 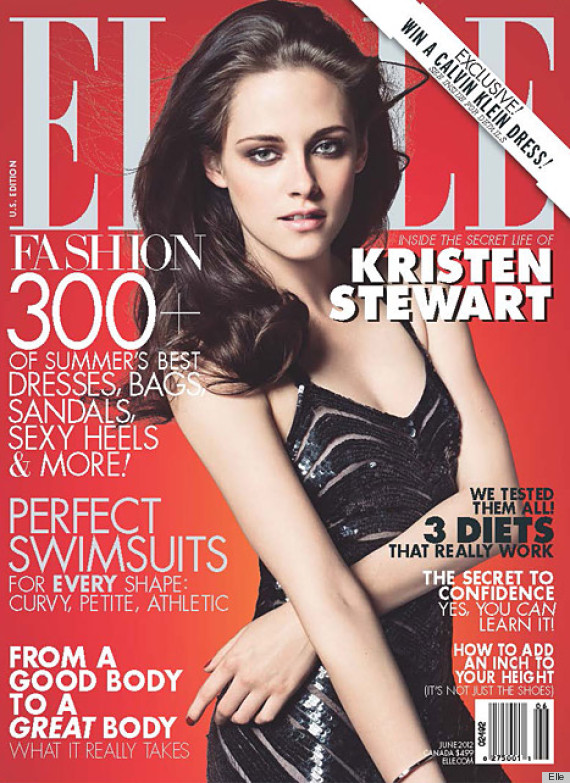