Kristen Stewart looks chic and edgy in the September issue of Elle magazine, in which she poses next to organic produce, bottles of juice and jars of peanut butter, for a photo shoot by Michael Thompson at Fields Market in West Hills, California. 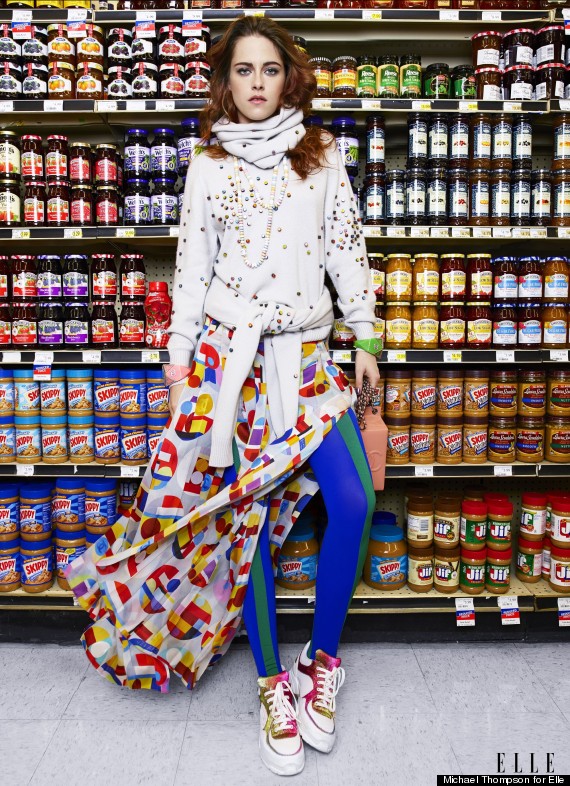 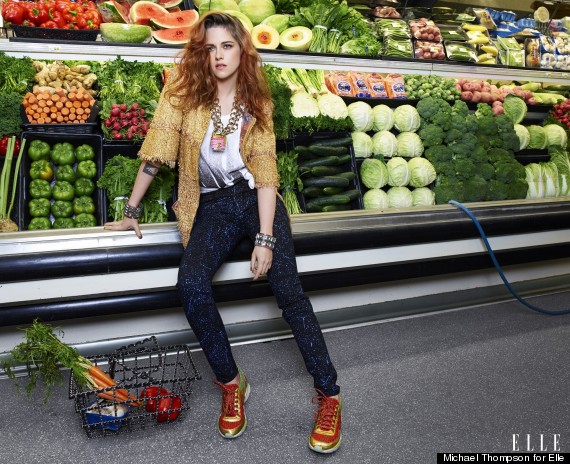 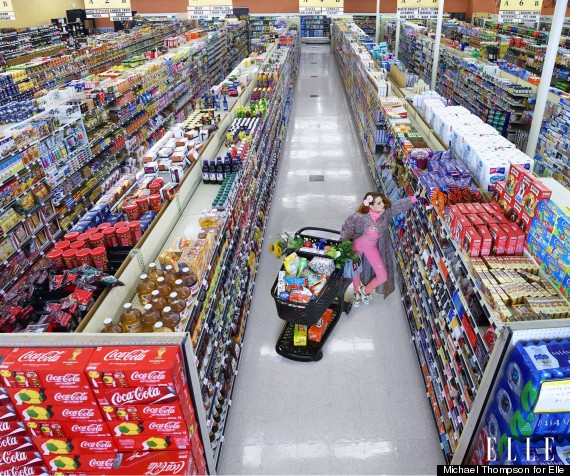 The 24-year-old actress opens up about her career, admitting that she never has a plan -- she just signs on to projects she's passionate about.

“Never at any point have I sat down and plotted how I should proceed from here on. As soon as you start thinking about your career as a trajectory -- like, as if you’re going to miss out on some wave or momentum -- then you’re never doing anything for yourself anyway," she told Elle. "Then you’re truly, actually, specifically working for the public. You’re turning yourself into a bag of chips.”

Although Stewart is not yet "a bag of chips," whatever that means, she is an uber-famous young star, thanks to that little franchise called "The Twilight Saga." Still, she admits she had to alter her public image a bit to fit the "I'm Playing Bella Swan"-mold.

“The day the movie came out there was a picture of me -- in the New York Post, I think. I was sitting on my front porch, smoking a pipe with my ex-boyfriend and dog. And I was like, Oh shit, well, I have to be aware of that,” Stewart explained, adding that although she's (sort of) grateful for her fame, she'll never play it up for the cameras.

“Now I feel like if I smiled for a paparazzi photo -- not that I ever would -- that’s exactly what people would be desecrating me for," she said. "They’d be like, ‘now you’re going to give it up, now you’re a sellout.’ like, okay. What do you want? What would you like?”

See Kristen Stewart in Elle’s September issue, available digitally and on newsstands in select cities on Aug. 12, and nationwide on Aug. 19. 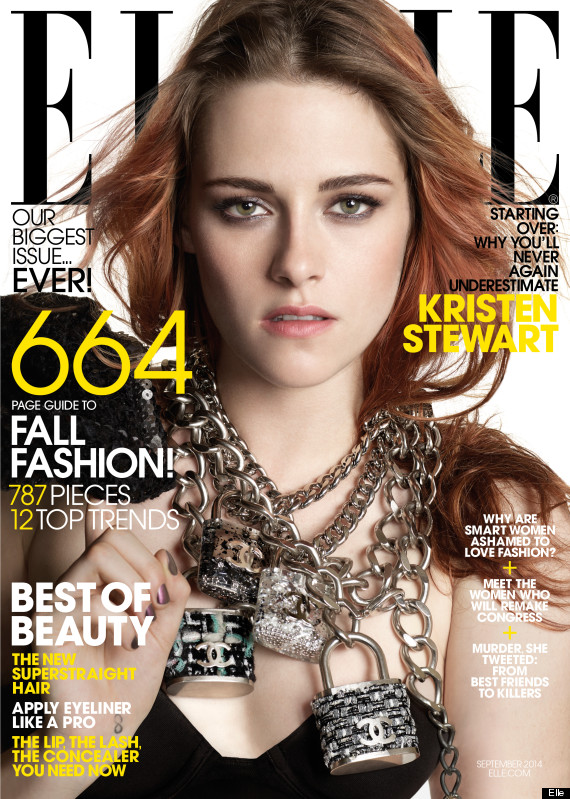