Kristen Stewart isn't one to follow fashion rules -- or any rules for that matter. But the actress seemed pretty grateful to have been embraced by the highly-standardized style world in the latest issue of Marie Claire Australia.

The "On The Road" actress covers the mag's January 2013 issue wearing a mesh top, smokey eyes and tousled hair. Somehow we doubt the glossy had to twist KStew's arm to get her to go for that kind of look... But even though her cover ensemble was right out of Kristen's red carpet play book, it's no secret that the 22-year-old is a jeans, t-shirt and Converse girl at heart. In fact, that's what she was wearing while gushing about her pal Nicolas Ghesquière's former brand Balenciaga:

“I’m a huge fan of the fashion world now that I’ve been allowed to be a part of it, even if oftentimes I don’t even know what I’m wearing,” she said indicating her current choice of denim and a faded T-shirt. "But whenever I put on anything by Balenciaga I’m like, ‘Oh, that looks like Balenciaga!’ You can see it, you can pick it out of a rack.”

We can't say we disagree. During Nicolas' tenure at Balenciaga, Kristen became known for stepping out in his urban, architectural designs, whether she was attending a premiere, his fashion show in Paris or accompanying him to the Met Gala. But when the designer announced his departure from the fashion house, we started to see his Hollywood muse rocking quite a few eye-catching designs from Zuhair Murad (ahem, naked dress). So now that Alexander Wang is at the helm of Balenciaga, will Kristen continue to tout the genius of the French brand? Or will she move on to a new designer bestie?

And the bigger question: will the fashion world approve?

Check out Kristen Stewart's January 2013 cover for Marie Claire Australia below and tell us what you think. 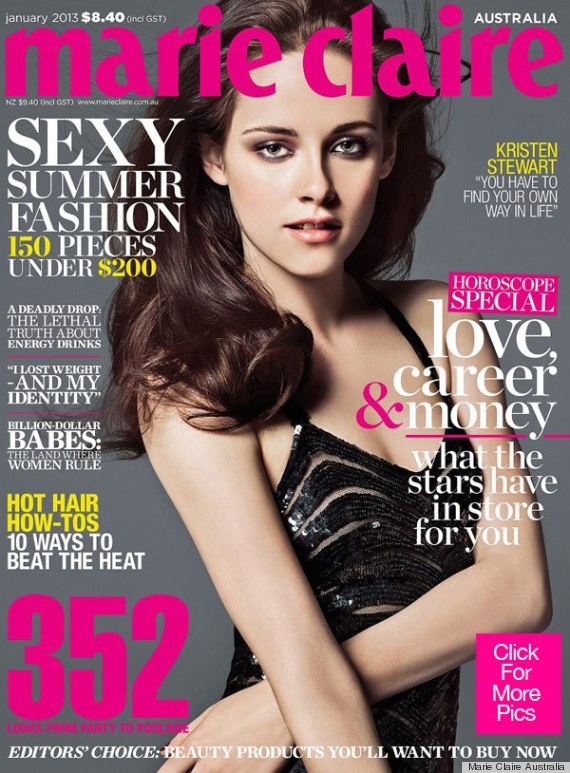