You've got to give her credit: Kristen Stewart knows what she is doing.

Much maligned for her high-profile infidelity yet still beloved by scores of Twihards, the "Twilight" star was every inch the glamorous movie star at Monday night's "Twilight: Breaking Dawn, Part 2" premiere in Los Angeles. Stewart walked the red carpet for her franchise's final movie in a nude-colored Zuhair Murad gown featuring a lace skirt with sheer panels. Despite the lace, she kept things PG with a nude leotard-like contraption underneath that covered her tush and not much else (a trend she's rocked before...).

The strapless dress, which Stewart paired with glamorous Hollywood waves and a bold red lip, was the most eye-catching style on the "Breaking Dawn, Part 2" red carpet. Dakota Fanning showed off her newly brown hair, Elle Fanning wore some chunky Prada shoes and Nikki Reed looked gorgeous as usual, but no one had the star power to match Kristen.

If you ask us, her unabashedly bare legs sent a strong message: hate her or love her, K-Stew still owns this franchise 'til the bitter end.

Check out Stewart's bold fashion choice below and let us know what you think. 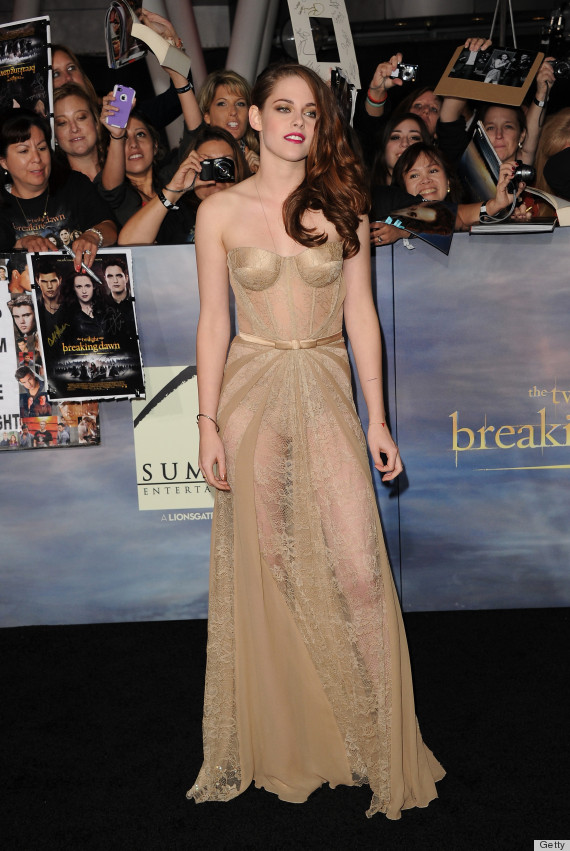 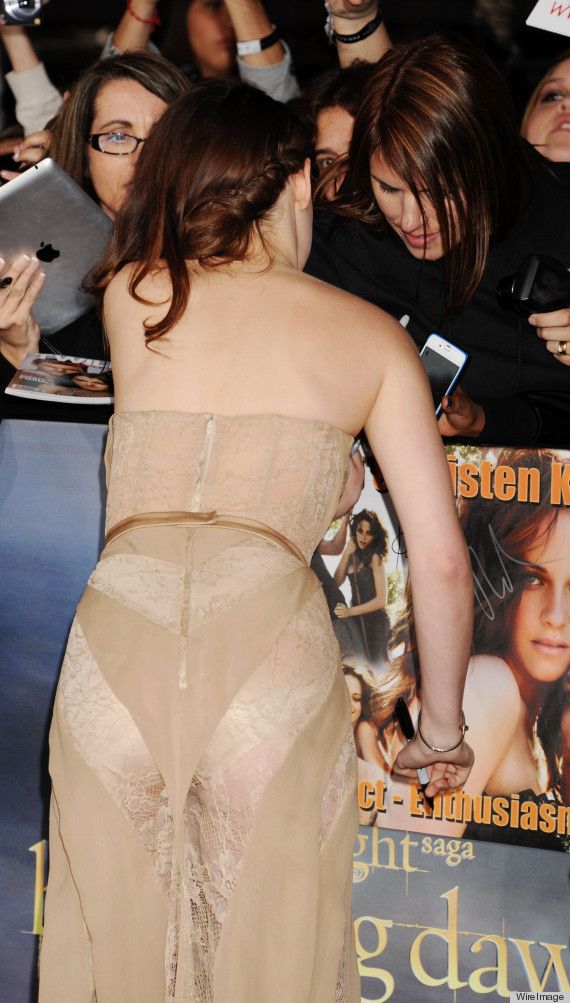 See Stewart and other celebs try out the sheer trend: