Well, it appears Robert Pattinson and Kristen Stewart really are back on.

After Pattinson spent months away from his girl while filming "The Rover" in Australia, the 26-year-old put his love for Stewart on display as the pair cozied up at the Coachella Music Festival in Indio, Calif., over the weekend. The "Twilight" co-stars and real-life love birds held hands as they strolled through the crowds of people on April 13, proving that Stewart's cheating scandal last summer is a thing of the past.

Stewart, who just celebrated her 23rd birthday on April 9, donned tiny black short shorts, a white t-shirt and a backwards baseball cap, while Pattinson looked relaxed in a teal shirt and jeans.

According to JustJared.com, the couple also met up with their pal Katy Perry on April 12 and watched Jurassic 5 perform.

See the photo of Kristen and Rob getting cozy at Coachella below: 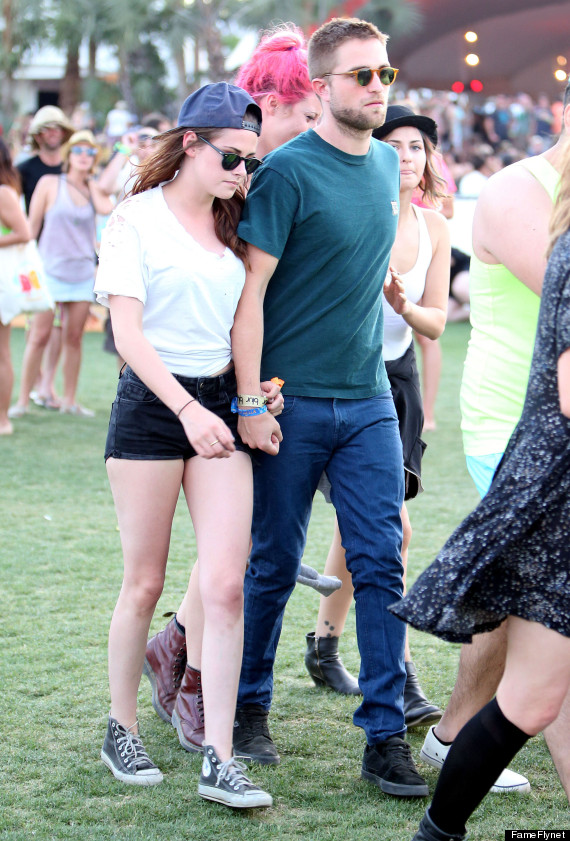