New ink or just bored on the plane? Kristen Stewart landed at LAX airport over the weekend wearing her trademark skinny jeans and high tops with her newest accessories: black-and-white tattoos on her right arm and wrist, including what looks to be dialogue bubbles. And while we can't tell if the latter is permanent, the 23-year-old actress does have other tattoos, like the logo from '70s punk band Black Flag and an infinity symbol.

Stewart has remained relatively out of the spotlight since breaking up with longtime boyfriend Robert Pattinson in May. Meanwhile, Pattinson has reportedly moved on with yet another famous Hollywood face -- 24-year-old model Dylan Penn, the daughter of actors Sean Penn and Robin Wright. 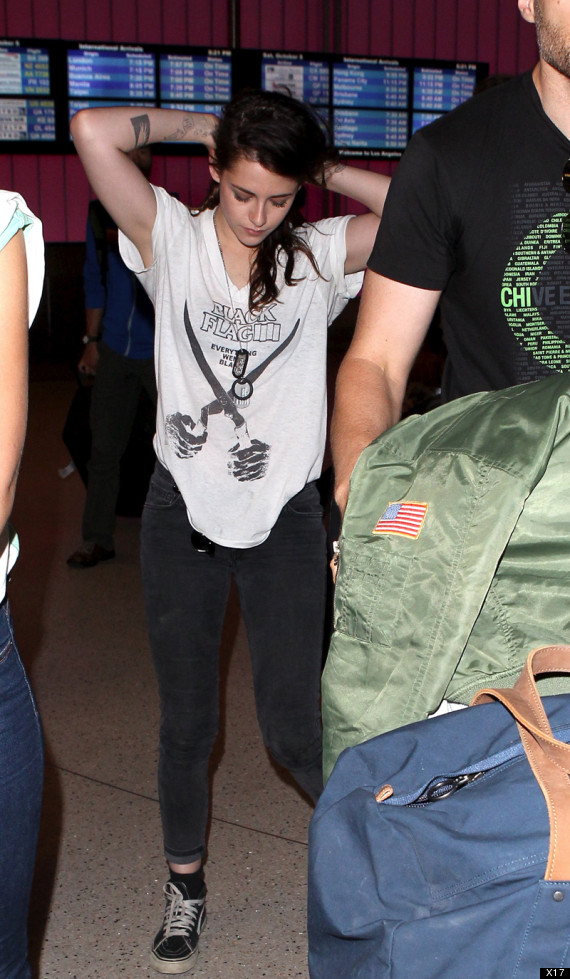