Kristen Stewart has never embraced the spotlight willingly. “Kristen doesn’t know how to be in a popularity contest,” her one-time director Sean Penn told Vanity Fair this summer. (Case in point: in the same article, Stewart said, "I don’t care about the voracious, starving shit eaters who want to turn truth into shit.")

But these days Stewart doesn't exactly have the upper hand against her detractors -- you know, the ones buying those "Kristen Stewart Is A Trampire" t-shirts and criticizing her philandering ways. So less than two months after her cheating scandal with director Rupert Sanders, Stewart hits a softer note in Vogue UK. In the cover story for the mag's October 2012 issue, she admits:

"People expect it to be easy because there you are, out there, doing the thing that you want and making lots of money out of it. But, you know, I'm not that smooth. I can get clumsy around certain people. Like if I were to sit down and think, 'OK, I'm really famous, how am I going to conduct myself in public?' I wouldn't know who that person would be! It would be a lot easier if I could, but I can't."

Interestingly, the "On The Road" star seems to have gotten more and more comfortable in her role as a fashion plate. Stewart's love of high fashion, of which Rob Pattinson once said, “I never saw that coming,” has brought her front row seats at Fashion Week and a campaign for Balenciaga's latest fragrance, Florabotanica. She gamely posed in haute couture for Vanity Fair's July 2012 issue and stuns on the new Vogue UK cover wearing Gucci Fall 2012... sexed up with a visible black bra. (The pinkish eye makeup and red lips are a bit much, we think, but she can certainly wear the hell out of a designer dress.)

As she works herself back into the public's good graces, K-Stew could use more unassuming, inoffensive pictorials like this one... and some positive, scandal-free appearances. Fingers crossed for some front row sightings as Fashion Month kicks off this week!

See Kristen Stewart's October 2012 Vogue UK cover below. Do you like the clothing and makeup choices? 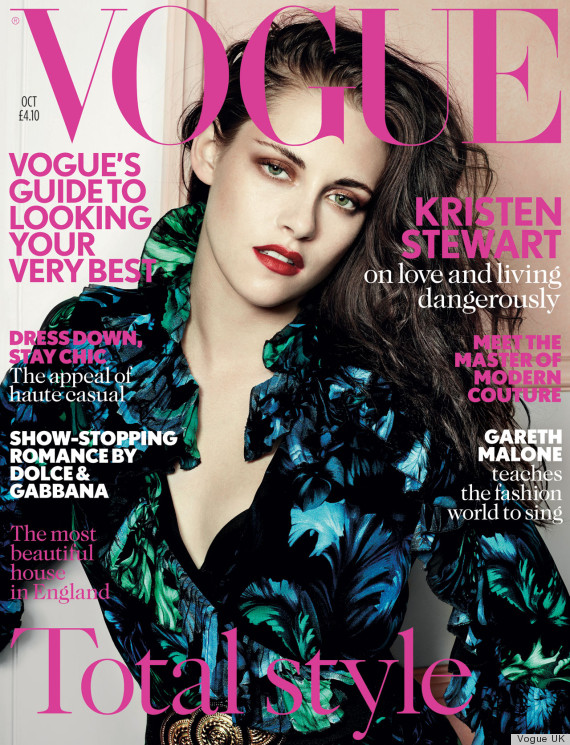 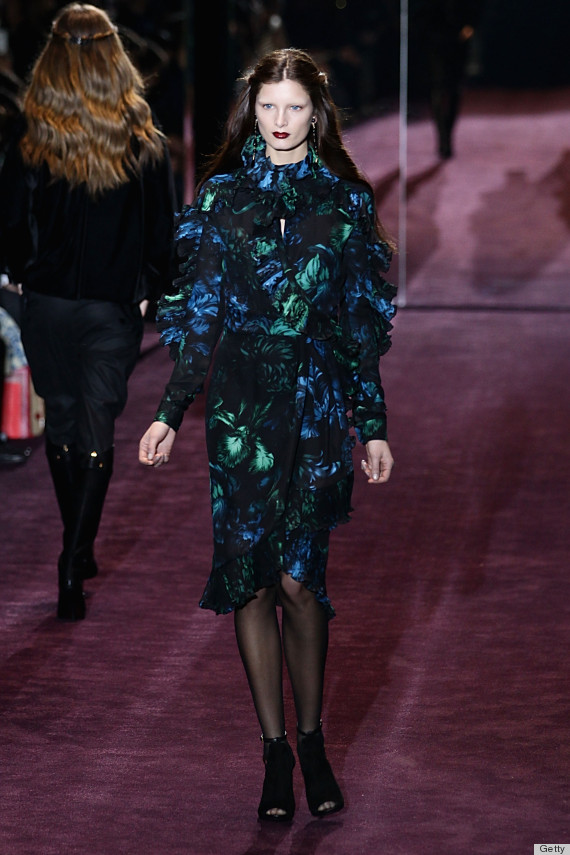 See how Kristen's fashion has changed: