For better or for worse, Kristen Wiig spends much of her time hiding behind strange wigs, deformed hands, oversized foreheads, heinous vests and other less-than-flattering physical features. But strip away all the "Saturday Night Live" props and Wiig is beautiful -- and totally sexy.

If you didn't realize it before, her new Marie Claire spread should make it pretty darn clear. The mag put the actress/comedian on its August cover in a louche suit by Tom Ford, the jacket left open to reveal a decent dose of sideboob. Inside the issue, Wiig is outfitted in Yves Saint Laurent, Calvin Klein and Emilio Pucci, her black and white duds accented by heavy metal jewelry by the likes of Tom Binns and Georg Jensen.

To be fair, we shouldn't be too surprised by Wiig's sultry turn. Girl's got style, as we've seen on recent red carpets, and she's got a strong hipster streak. We did a double take when we saw a cute girl with blunt bangs, chunky black sandals, dark shades and an adorable Peter Pan collar dress making her way to Ellie Kemper's wedding -- who knew that well-dressed hipster darling was none other than Kristen Wiig? (To add to the effect, she also had cooler-than-thou Fabrizio Moretti, drummer for the Strokes and her boyfriend, on her arm.)

So allow us to reacquaint you with Kristen Wiig, savvy style star and sexy big-screen icon. Oh yeah, and she's funny to boot.

See more pics and read her candid interview at MarieClaire.com or pick up the August 2012 issue on newsstands July 17. 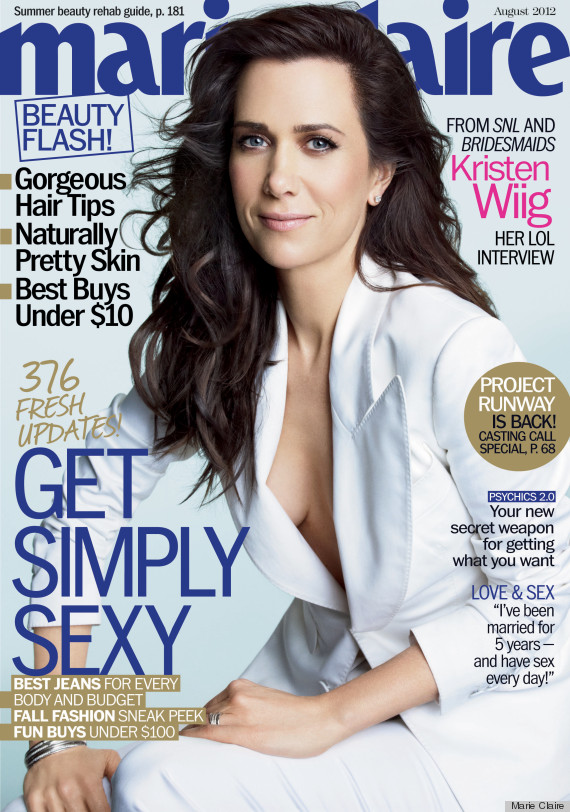 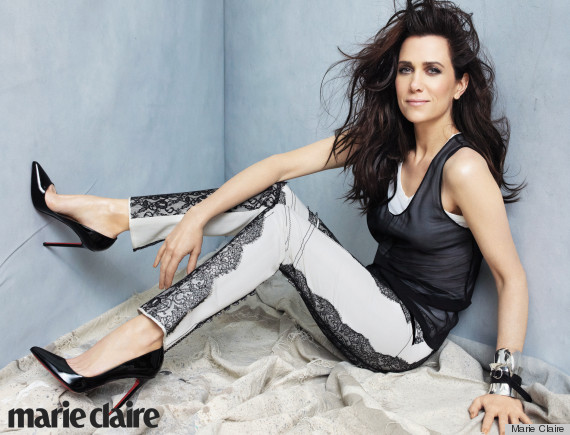