Actress and new mom Kristen Bell recently confessed (on Flare, Dec.) that she felt no connection with her baby while pregnant. I could totally relate because I once felt the same way. But unlike Ms. Bell, even after giving birth, my maternal instincts did not kick in. 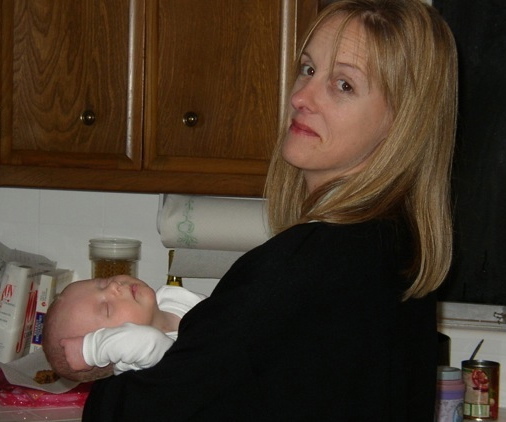 While most of my friends would coo and melt at every passing baby, I never yearned for kids. Sure I'd fawn over an adorable puppy, but babies, forget it.

When I was young and people would hand me a baby, I'd hold it at arm's length, unsure what to do. While others would gush, "Isn't she beautiful?" I couldn't lie. I'd mutter something noncommittal like, "Would you look at that baby... Isn't she something? You want it back now?"

But I married a man who loves babies with a capital "L." On dates I'd even catch him playing peek-a-boo with the toddler in the next booth. When we talked about having a family I honestly agreed that "some day" I wanted one.

But in my mind it was an idyllic Hallmark commercial family that magically appeared at my house donned in their holiday finest, ready to engage in witty banter around the dinner table. Sleepless nights and relentless requests to be pushed on a swing were not part of my mental picture.

After stalling for almost seven years, I realized that if we really were going to have that family, a baby was the requisite kick-off. So finally I uttered the words that every eager father-to-be waits to hear, "Well, I suppose now's a good a time to start as any."

I hoped that once I had the baby my maternal instincts would kick in, but no such luck. My first child was a crying terror who left me exhausted and miserable. I tried hard to be a good mom and enjoy her, but deep down I feared I had made a horrible mistake. It wasn't until later that I realized her crying was probably due to constant hunger. First time parents aren't always so bright.

But what made things worse were all those dewy-eyed friends who would see me with my baby and say things like, "Isn't it great!" or "Aren't they such a blessing?" I wanted to smack them with a rattle. In fact I probably would have, but I was too tired to raise my limbs.

For months I paced the floor with my sleepless child barely able to shower or eat There were times that I wanted to put her in the crib, open the front door and just run. 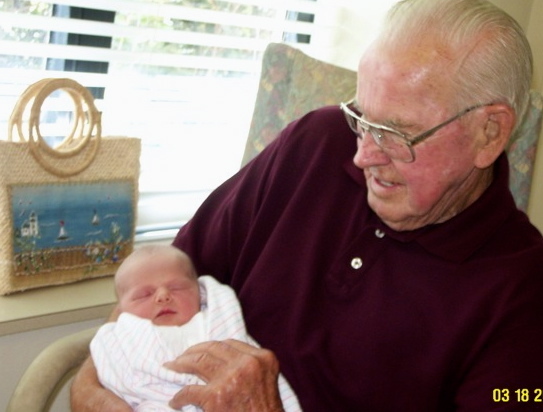 But then one day my dad was visiting and said something that really helped, "The reason God made babies so cute is because he knew that otherwise we'd leave the little monsters out in the cold."

I realized then that I wasn't alone. He knew exactly what I was going through. Well, of course he did. He had five of the little monsters himself.

Though I never totally grew enamored with the baby phase or even the toddler phase, now that I'm almost through with the elementary school years, my life with my kids has taken on new meaning.

Instead of constantly mothering, feeding and doting, I'm finally just enjoying. I can talk to my kids about politics or the latest injustice at school or the horror that is Miley Cyrus, just like I talk to regular people, and probably because I've brainwashed them into my way of thinking, most of the time they even agree with me!

I love being with them, so much more than when they were helpless babies or needy tots. They're clever and funny and contrary to clichés about teenagers, enjoyable to be around.

I'll admit that sometimes now when I see my eldest daughter in her grown-up-sized zebra blanket sleeper filling out college applications, I do get sentimental for those baby days and wish I could have enjoyed them more.

Maybe it's true that I didn't start out loving children, but you know what?

Now I adore them.

More:
Parentsparenting teenagerskristen-bell-babyBabies
Newsletter Sign Up
Raise the kind of person you'd like to know
Subscribe to our parenting newsletter.
Successfully Subscribed!
Realness delivered to your inbox